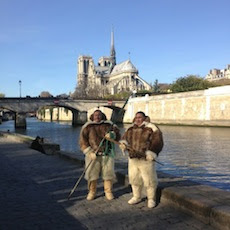 ArtCOP21, the Summit on culture during COP21 at the GaÃ®tÃ© lyrique

Everyday, from the 1st to the 11th of December

For 10 days, COAL and the GaÃ®tÃ© lyrique offer an in-depth and varied program that will explore the cultural challenges of climate change.

On this occasion, more than 250 artists, professionals, scientists, thinkers and doers come together to imagine other narratives and perspectives to reinvent new worlds. Meetings, interviews, a two day long professional workshop, screenings and performances punctuate COP21, making the GaÃ®tÃ© lyrique the headquarters of culture for climate.

The regular appointments on the Plateau MÃ©dia also raise this issue while a resources space (books, magazines, films, documentaries) allows to deepen all discussions.

Find all the events on artcop21.com, the cultural Agenda of the COP21, an initiative of COAL and Cape Farewell for the COP21.

ON THE AGENDA OF ARTCOP21 AT THE GAÃŽTÃ‰ LYRIQUE

The Summit of Creatives

Hundreds of designers, artists, architects, scientists and international thinkers, come together to respond to COP21, and imagine together fresh narratives and perspectives to reinvent new worlds at the Summit of Creatives.

For two days, 150 professionals from thirty countries, in Paris for the Conference for Climate, share their actions and acknowledge the leadership of the cultural sector and its ability to generate answers and stories for the future.

This event is organized by COAL, On the Move, Julie’s bicycle, IFACCA +

More at the GaÃ®tÃ© lyrique

Â OTHER ARTCOP21 EVENTS IN PARIS FOR THE COP21

Breaking the Surface by Michael Pinsky at La Villette

Michael Pinsky brings out from deep waters domestic waste dumped by local residents in the Ourcq canal in Paris, revealing the consequences of the trivial gesture of throwing things away, reproduced throughout society.

An event by COAL and La Villette +

Following the work Â« 7000 oaks Â» by Joseph Beuys, the two artists Ackroyd & Harvey perform a monumental installation of a majestic oak in front of a grass drapery in order to celebrate the role of trees in enabling cities to adapt to climate change.

As part of COP21 Lucy + Jorge Orta will issue tens of thousands of new Antartica World Passports and visitors will be invited to sign a commitment charter for the protection of the environment and for peace.

A co-production by COAL +

This public pop-up space allows citizens to share their ideas about climate change, by recording a personalized video message. Hundreds of messages addressed to the negotiators from 195 countries who are gathering at COP21 will be screened at Espace GÃ©nÃ©ration Climat.

Urban DataScape allows individuals to connect to their urban environment and reveal their collective dimension and systemic issues related to climate. After being presented this summer along the Banks of the Seine, this interactive installation uses QRCode, which offers individuals at the Grand Palais the opportunity to go further on climate issues.

A production by COAL and Berges de Seine +

DISCOVER THE CULTURAL PROGRAM OF THE COP21 ON THE PARIS CLIMAT 2015 CULTURAL AGENDA ARTCOP21.COM

Installations, shows, exhibitions, concerts, performances, meetings, screenings, workshops and actions in Paris and right across the globe.ArtCOP21,conceived as a platform for promoting artists and cultural actors involved in the climate challenge, connects thousands of people to climate issues through its online agenda which includes more than 400 events in 50 countries. All these events highlight the need for governments to support major climate action and the end of the fossil fuels era. To make climate change a citizen a people problem, not just one left in the hands of politicians. 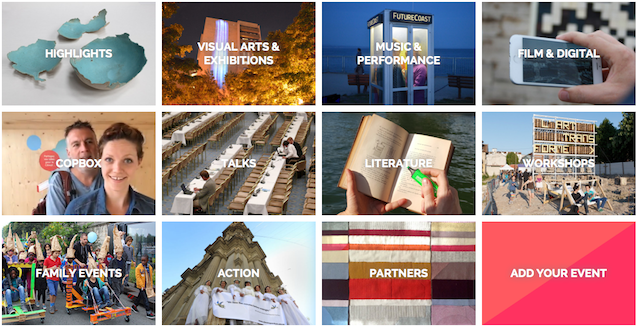 ArtCOP21 Paris Climat 2015 Cultural Agenda proposes an exhibition on the windows of the Ministry of Culture and Communication (3, rue de Valois – 75001 Paris)

ArtCOP21 is a major global program of actions and artistic and citizen mobilisations, initiated by COAL with its British counterpart Cape Farewell for the COP21. Organized around five strands of action, ArtCOP21 proposes works in the public space, an artistic journey bringing together the best cultural initiatives around COP21and a political agenda of the engaged culture.