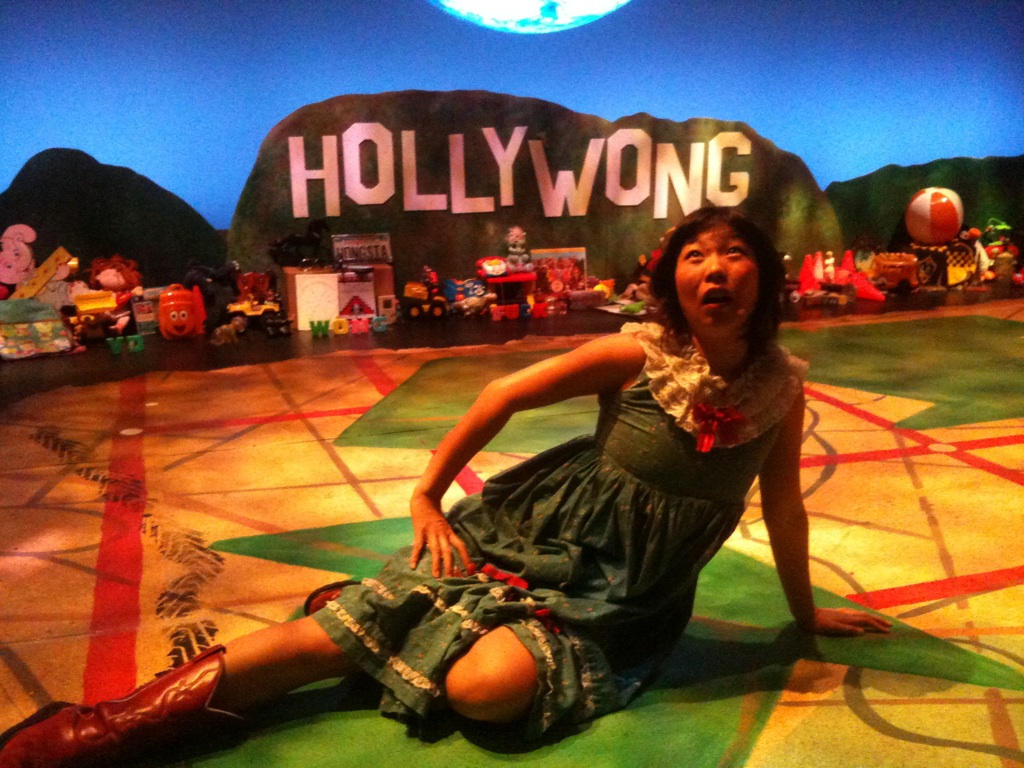 Kristina Wong, the Fringe’s most Divisive and “Gutsy” Eco-Commedienne, becomes a Woman of the Night 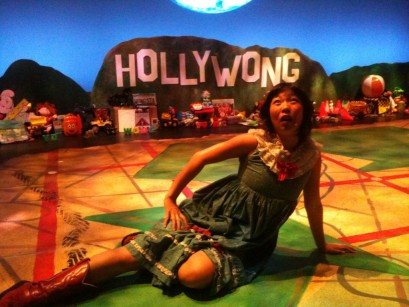 By Jingo! The Scotsman might think you need to be American to enjoy her, but Kristina Wong, “A storyteller that sends sparks flying with every line” (Broadway Baby), is moving the five star Going Green the Wong Way from 10:30 to 19:00… and she’s taking her Mooncup with her!

Bucking consensus, Going Green the Wong Way “Starts with a literal bang, but it just keeps getting better”  says Broadway Baby, but the Scotsman says Wong’s a “relentlessly self-congratulator” with simply “occasional glimpses of comic talent”. How can we explain that? Well,”To be scrupulously fair, most of the largely American full house evidently enjoyed themselves.”(Scotsman). Discover the show that “exacerbates” our cultural divisions! We don’t think you need to wrap yourself in stars and stripes (except for those from 5 Star reviews) when American Public Media Marketplace Radio Commentator Kristina Wong’s hilarious tour-de-force comedy about her hysterical triumphs and pitfalls in sustainable living moves to a later time this weekend. Starting 19 August, Going Green the Wong Way moves to 19:00 and gives away its last free breakfast at 10:30 on Saturday the 18th.

“Please make your way to HollyWong,” where, at a young age, Kristina Wong was tapped by Mother Earth and entrusted with a quest: Save the Planet. In this mad-cap comedy, Wong weaves her true-life adventures as a tireless missionary of recycling. From confrontational 6th grade performance art to 2006, when her 1981 bubble gum pink Mercedes Benz—that had been converted to run on vegetable oil—left her with a never-ending series of car repairs before it finally burst into flames on the freeway, Going Green The Wong Way will have everyone asking What Would Mother Earth Do?

Going Green the Wong Way has been called “A Hoot!” by the Miami Herald and “A smart, brazen and raunchy parody of political correctness” by LA WEEKLY. Mother Nature Network dubbed her “One of America’s Funniest Eco-Comedians” who is “…an energetic, witty, uninhibited performer… a seamless, sure-fire comedic turn” according to Backstage West. Just take it from the San Francisco Bay Guardian, “There are hundreds of ways to go wrong when attempting to go green, but going Wong can only ever be right” or Broadway Baby who says she can “Do no Wong.”

For more information about Kristina Wong:

Wong on Marketplace discussing Carmageddon w/o a car: http://www.marketplace.org/topics/life/commentary/come-again-carmaggedon

Venue 13 was launched in 1996 as an initiative by the Royal Welsh College of Music and Drama to promote the best new talent from Wales on a world stage. Now run in Collaboration with the California Institute of the Arts (CalArts), the 2012 season presents productions of emerging artists from Wales and California.

Tickets may be acquired by calling the venue 13 box office at 07074 20 1313 or logging on to the Edinburgh Fringe Website at http://www.edfringe.com