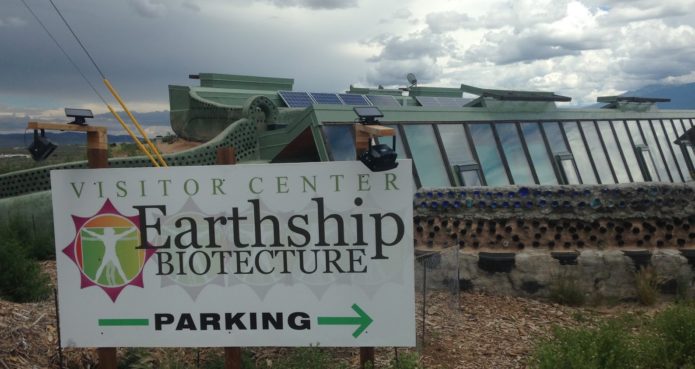 This post is jointly authored by Holly Keasey and Fiona P McDonald (Bio below), another resident on the Santa Fe Art Institute’s Water Rights Programme.

By ‘becoming knowledgeable’ I mean that knowledge is grown along the myriad of paths we take as we make our ways through the world in the course of everyday activities, rather than assembled from information obtained from numerous fixed locations. Thus it is by ‘walking along’ from place to place, and not by building up from local particulars that we come to know what we do.
‘Footprints through the weather-world: walking, breathing, knowing’ – Tim Ingold (2010)

Walking is generally assumed as a basic mode of transportation. However, walking (or any movement based on ability) through a place when undertaken as a collaborative tactic finds its way into becoming something else – a way of knowing and doing. Walking for Holly is a way to get lost and yet find what she did not know was already embodied knowledge through making connections between her feet, this place and that which she carries with her from other places. The practice of walking is something she shares with Fiona, who uses walking as a methodology central in her anthropological and collaborative work. By embracing anthropologist Tim Ingold’s logic of “ambulatory knowing”, Holly and Fiona set off on foot and offer a narrative of their shared visual observations from almost 20miles of walking, particularly considering how architecture may be tied to accessibility in New Mexico during the Anthropocene, our human-made geological epoch.

72 hours after arriving in Santa Fe, a group of Santa Fe Art Institute (SFAI) Residents headed to learn more about local fabrication facilities. While we left our residency on the campus compound by car to arrive in the industrial area where these facilities are located, we then left this industrial zone on foot. We set our destination to be the downtown plaza, a major tourist site. According to Google Maps, it was going to be a mere 4.2mile walk. The intent of our journey on foot was to get a better handle on what we perceived to be the urban sprawl of Santa Fe. In this instance in Santa Fe, we are both tourists and temporary residents/researchers in-place to carry out work that contributes to global conversations around water. To know the terrain, its waterways, and its urban nuances is critical to our work, knowledge we felt was best acquired through walking through place where we will be for several weeks and months.

As we moved beyond the industrial area, a space that appears to be in the process of revitalization with a range of art centers tucked around each corner, we arrived at Agua Fria Street, a main traffic artery that draws commuters to and from the downtown plaza. Unaware at this point that we were undertaking an ethnography on foot, what has since resulted is the realization that we were not only becoming geographically oriented, but we were witnessing the socio-economic divides that the main transportation arteries create in Santa Fe, observations that now inform core research questions during our tenure in Santa Fe.

We crossed Agua Fria to consider a brief toilet break at Frenchy’s field. However, we pressed on without stopping. Unbeknown to us, had we abandoned the path set out by Google Maps and embraced Holly’s approach of wandering, our first impressions of the socio-economic divide of Santa Fe would have been very different. We might have followed the Santa Fe River trail (see our observations below on that walk, taken more recently) that moves pedestrians and cyclists through more affluent communities. Yet we continued on the path of Aguia Fria Street where we observed what appeared to be makeshift wooden and wire fences guarded by a variety of dogs from frantically barking Pit Bulls to a jack-in-a-box Pekingese who warned residents of our presence on the pavement. Our perception of the American ideal of independence and property ownership played out along this single 3 mile stretch, with individual properties reflecting a range of values from ornamentation to fortification, to clustered communities off the beaten path.

Holly pausing in her footsteps to look at cluster dwelling in Santa Fe, New Mexico

As we pressed closer to downtown in the space between the intersectional roads of St. Francis Drive and South Guadalupe Street an economic divide became apparent. The adobe vernacular we had seen in the previous three miles, often in disrepair, was now well-maintained and occupied by art galleries, restaurants, schools and homes with low-fences so that passersby could see the manicured yards with local vegetation accompanied by rock installations. It felt to us that the community along Agua Fria Street is undergoing a constant compression of gentrification from both ends. We wondered, when squeezed so far, where will this community go and what policies are driving property shifts in Santa Fe?
The following Saturday, to escape the campus compound once more and locate Santa Fe in the greater expanse that is New Mexico, we abandoned our feet and took the highway seventy miles North following the Rio Grande to Taos. The main area of Taos holds many similarities to Santa Fe, with adobe-style housing and dramatic shifts in socio-economic situations radiating outwards from the central tourist orientated plaza to the leisure mecca of Ski Valley. Yet beyond the town, and truly off the beaten path, is the ‘Greater World Earthship Community’ – a 633 acre subdivision containing nothing but earthship style homes. Here we ventured on foot to explore what we could of this biotecture community.

Holly taking steps in learning about biotecture in New Mexico

Investing $7 each to enter the Earthship Visitor Center to learn about structures, materials, etc., (too complex to go into here) our conversation drifted to the concept of “sustainability” in the anthropocene. We found ourselves mesmerized by the exclusivity of the community and what the front-end costs are for participating in this lifestyle. As one of three Earthship communities in New Mexico, and part of a larger network across the US that began in the 1970s, one can join this community and purchase a newly built structure for just over $1.5 million US Dollars (as we were told in the visitor center). Playing in here to what Van Jones terms the “eco-elite” (2007).

On our third excursion off the campus compound in the three weeks since arriving, we decided to explore the Santa Fe Rail Trail multi-use pedestrian system, the elusive path we did not know to take during our pause at Frenchy’s field on our first walking odyssey. In walking this trail for 8 miles, we, again, observed disparate socio-economic communities, this time divided by the parched bed of the Santa Fe River. Again, closer to the main roads where the Santa Fe Trail crosses over, communities similar to that along Aguia Fria Street are visible. Edge deeper along the trail network and communities framed by high fences appear as they conceal well-maintained adobe homes with renewable energy sources on their roofs and water catchment practices in their backyards.

Sample of Sustainable Energy on a private residence

What we discovered in the act of ambulatory knowing in Santa Fe is that development and accessibility to secure, sustainable lifestyles appears to be exclusive. The individuals and families to whom it appears inaccessible are those being compressed by brownfield and urban gentrification, or hugging major roadways. By prioritising economic growth, and then the environment (as a capitalised resource) over social equality, there is something in our current understandings of sustainability that grows mainly out-of-sight in the interstitial spaces of policy, urban planning, and environmental consciousness. Something that can become knowledge through curbside learning and walking. It is in this action of walking and visual observation where we find the questions we need to ask in our own work about policy, law, regulation, and planning as our work here develops with each passing day and the paths we find ourself walking down.

Welch, Bryan. 2009. “Earthships: The Power of Unconventional Ideas.” Available at:

Fiona P. McDonald is the 2016-2019 Postdoctoral Researcher at Indiana University—Purdue University Indianapolis (IUPUI) Arts and Humanities Institute. She is also a 2017 Water Rights Resident at the Santa Fe Art Institute. Fiona completed her PhD (2014) in the Department of Anthropology at University College London (UCL) in visual anthropology & material culture. Her dissertation is entitled Charting Material Memories: a visual and material ethnography of the transformations of woollen blankets in contemporary art, craft, and Indigenous regalia in Canada, Aotearoa/New Zealand, and the United States. This project was undertaken as both an historic and contemporary visual and material ethnography of the material nature and transformations of woollen (trade) blankets that were produced in the United Kingdom since the seventeenth century. Her work addresses both historical and contemporary uses of woollen blankets through a direct examination of the pluralistic histories that things and objects have when re-worked and recycled by contemporary artists and customary makers in North American and Aotearoa New Zealand. Fiona is currently translating this research into a book project.

Fiona is also the co-founder of Ethnographic Terminalia Collective (ETC) (est.2009), an international curatorial collective that curates exhibitions at the intersections of arts and anthropology. ETC have curated and organized exhibitions and workshops across North America (Philadelphia, New Orleans, San Francisco, Montreal, New York, Austin, Chicago, Denver, and Vancouver) where they aim to move academic research beyond the academy through public engagement.