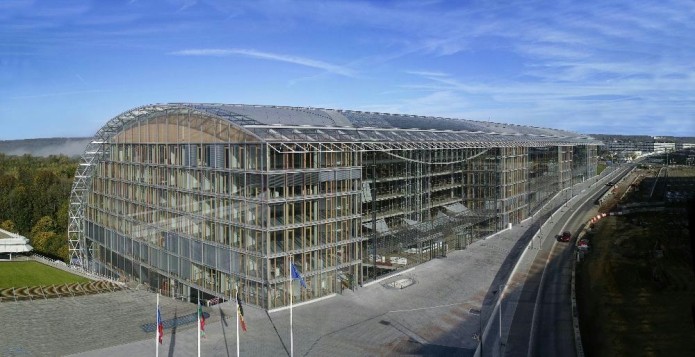 The European Investment Bank (EIB) Institute is pleased to announce the 2016 edition of its Artists’ Development Programme (ADP), targeting ONE visual artist (aged less than 35) from EU Member States focusing on “The Imprint of Man – Representing the Anthropocene”.

The ADP provides an opportunity for emerging visual artists to develop their practice during a month-long residency in Luxembourg by creating a new (body of) work(s). During this time, they will be mentored by acclaimed British artist Darren Almond.

The EIB Institute will take over the artist’s travel costs to and from Luxembourg, to include a stopover to visit Darren Almond in London. The artist will receive a stipend (EUR 100 per day) and will be provided a living/working space. At the end of the residency, the participant will receive a success fee of EUR 1,500, provided he/she has produced an artwork. The duration of the residency in Luxembourg will be one month in June 2016.

Upon completion of the residency, the EIB might acquire the artwork(s), which was (were) produced on site, from the artist.

A jury, consisting of members of the EIB Institute Arts Committee, external arts professionals and the mentor, will select the candidate based on the artistic quality of his/her work, motivation, potential to use the residency to maximum benefit and the relevance of the applicant’s practices to the cultural context of the EIB Institute.

The selected candidate will be informed of the jury’s result via email by beginning of April 2016.

Any application which does not comply with the set requirements will be automatically eliminated.

The applications should be sent digitally to Ms. Delphine Munro (arts@eib.org)

About the European Investment Bank

About the EIB Institute’s Arts programme