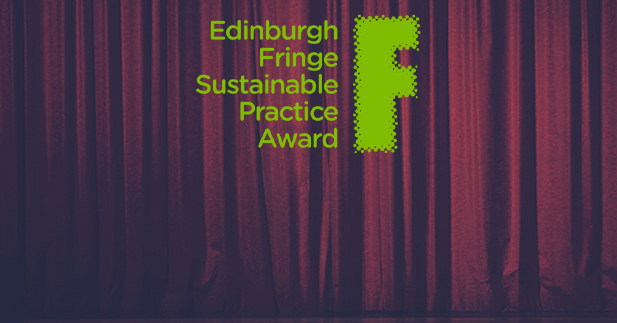 The 2015 Fringe Sustainable Practice Award for sustainable design, content and production at the Edinburgh Festival Fringe,  was awarded today to Paines Plough for their production of Lungs, written by Duncan Macmillan, and performed at the Roundabout at Summerhall.

In a ceremony at Fringe Central on Friday, August 28nd at 4:00 pm, after presentations by Brendan Miles from The List and CSPA Director Ian Garrett, Jessica Fosteskew, stand up comedian and writer for Channel 4, BBC and Radio 4, presented Paines Plough with the 2015 Award for Sustainable Production at the Edinburgh Festival Fringe.

Lungs was selected due to its stunning artistic portrayal of love, decisions and the effect of time on human relationships. As the company describes:

“Lungs is ultimately about two people in  love, navigating their way through the practicalities of modern life. However as they struggle over how their relationship should progress, they voice concerns over issues of overpopulation and climate change – asking themselves “Is this the kind of world I want to bring a child into?”” 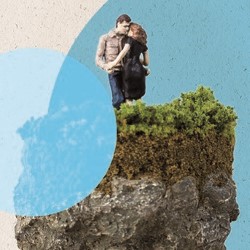 e show was performed in the round in the company’s custom-made ‘Roundabout’ theatre; itself exemplary of sustainable theatre design, with all the LED lighting capable of being powered by 13-amp sockets. It is also a long-term production, having premièred over 4 years ago, and with an upcoming tour planned, and their theatre’s portability enhancing access to the arts in lesser-served areas of the UK. The assessment panel were particularly impressed by the way in which the production sensitively integrated and normalised sustainability concerns alongside other common decision factors relating to employment, children and lifestyle – and made them both laugh and cry!

Run by the CSPA and CCS, with media partnership from The List, the Fringe Sustainable Practice Award is an annual celebration of performance that is working for an environmentally sustainable world, now in its 6th year. Open to all  productions participating in the Edinburgh Festival Fringe, the award assesses all aspects of a production’s sustainability, from design to content.

The award is determined by the submission of a questionnaire about the sustainability considerations of the practical production elements of the show, and how environmental and sustainable themes were considered along the way. From the initial applications, the assessors selected a shortlist of 21 productions, published online by The List.

These 21 shows were reviewed during the Edinburgh Festival Fringe (you can read our CCS FSPA diary here), and based on their questionnaires and the reviews, the assessment team voted for the production which most aligned with the priorities of the award. Five finalists – Garden, Lungs, Scarfed for Life, Sing for Your Life, and The Handlebards: Secret Shakespeare – were identified as outstanding entries before the winner was selected.

Click here to read more about the other 2015 FSPA Finalists.

Ian Garrett and Miranda Wright founded the CSPA in early 2008. The organization provides a network of resources to arts organizations, which enables them to be ecologically and economically sustainable while maintaining artistic excellence. Past and Present partnerships have included the University of Oregon, Ashden Directory, Arcola Theatre, Diverseworks Artspace, Indy Convergence, York University, LA Stage Alliance and others.