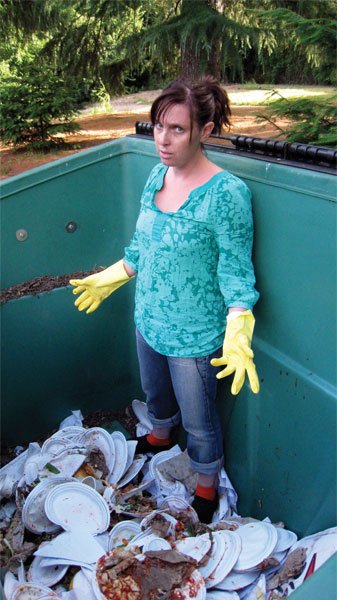 Originally intended as a 15-minute DVD extra, Greenlit became an insightful 50-minute movie about the challenges of environmentalism, both in the film community, and the world at large. It even had a green score â€” Bailey enlisted composer Craig Richey to make instruments out of recycled water bottles and egg cartons. â€œI ended up learning so much that I had to let other filmmakers know how much we were wasting,â€ says Bailey, whose composting and waste management efforts were boosted by coproducer Lauren Selman, who heads up an environmental consulting firm called Reel Green Media. â€œWe shot in a rural part of Oregon where there was no access to green technology, so we had to be creative,â€ says Selman. â€œInstead of using water bottles on set, we lugged our own water jugs.â€