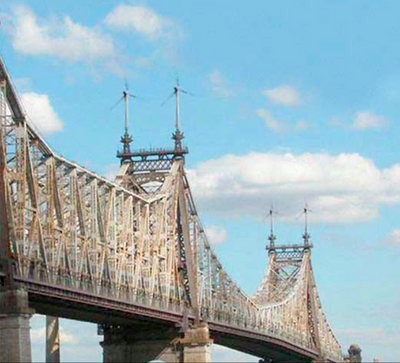 On May 4th ecoartspace had the opportunity to participate in an online webinar through Americans for the Arts out of Washington D.C. For several years now their Public Art Program Manager, Liesel Fenner, who previously worked for the New England Foundation for the Arts in Boston where she developed a partnership between the NPS and the NEA called Art & Community Landscapes by inviting artists to participate in education and restoration of public lands, has been an advocate of ecological art. For the webinar, Fenner invited a group of ecological arts consultants and a public artist to the table to share valuable information with the public art community on Going Green: How to Align Public Art with Green Building and Infrastructure. During this 90-minute presentation some 37 participants from across the United States were able to access important information on a rapidly developing field of artistic practice.

The first presenter was Mary Jo Aagerstoun, President of EcoArt South Florida. In her talk, Public EcoArt Integration: Transforming Policy she outlined case studies and policy examples for integrating art that makes green technologies visible into the design and construction of green building as well as public infrastructure. Rebecca Ansert, Founder and Principal of Green Public Art in Los Angeles gave a comprehensive presentation entitled Green Building: Where Does The Art Fit In? to examine how public art can meet LEED certification points as well as materials usage. Emily Blumenfeld, who is currently based out of London, and formerly from St. Louis, Missouri where she co-founded Via Partnership, reviewed a Public Art Master Plan that she co-authored for the Environmental Protection Department for the City of Calgary, Canada, known as the Expressive Potential of Utility Infrastructure. And, to wrap up the webinar, public artist Mark Brest van Kempen from Oakland, California presented several projects in various forms of completion, exemplified from the artists perspective, the numerous ways in which art can transform public space from an ecological perspective.

Patricia Watts, founder and west coast curator of ecoartspace gave a short talk on the artist selection process, which included suggestions for extended deadlines on RFQs, workshops for ecological artists who are new to the public art process, suggestions for who to bring to the table when selecting artists including Environmental Services Department employees and local biologists/ecologists, as well as art curators who have worked with many of these artists in a museum context. Importantly it was impressed upon public arts administrators to be proactive in bringing these types of projects to fruition. Often it is the case that administrators do not see themselves as collaborators with the artist and for these types of projects it is imperative that as much information as possible be provided to the artist as early as possible to be able to identify a crucial point of integration in the planning and construction process. Administrators will need to think outside their job description to make these projects successful.

The Going Green Webinar will be available to the general public on demand through AFTA after June 1st for $35 per download HERE. There will also be a follow up Public Art Preconference workshop at the AFTA Annual Conference in San Diego on June 15th, entitled Green Infrastructure: Re/Generation—Environmental Art & Design: Now and How including presentations by Rebecca Ansert, public artist and administrator Vaughn Bell, landscape architect Christine Ten Eyck, and Patricia Watts of ecoartspace.

Listen in online or see you in San Diego in June!

Links to other pioneering Ecological Public Art Plans include: