Who: Academics at KCL and artists from the wider community

TippingPoint, in partnership with the King’s Cultural Institute, is going to be holding a series of workshops that brings together academics from King’s College London with artists and other interested parties in the wider community. The aim is to explore particular subjects in depth, subjects which are of particular interest to the academics concerned, the artistic community, the broader public, and which also have a bearing on climate change.

We are delighted to announce that the first of these “Representing Uncertainty” will take place on Tuesday, 2 July 2013 from 5.00 to 9.00 PM, in the Pyramid Room (K4U.04, King’s Building, 4th Floor) at the Strand campus of King’s College London (see Building ‘A’ in the bottom map here).

Bruce D. Malamud, Professor of Natural and Environmental Hazards in the Department of Geography, will be presenting his perspective on the subject of how uncertainty can be represented, to be echoed by a presentation by an artist. The idea is to bring together scientific, artistic and other views on uncertainty in the world around us, so that different viewpoints might learn from each other.

This will be a working session, with plenty of opportunity for discussion in groups. It will also be very open-ended; if possible, Bruce is keen to pursue some form of scientific-artistic collaboration, and the possibility will certainly exist of applying for funding to support this under the KCI’s Creative Futures Programme.

This will certainly be an evening to attend if you are interested in the subject from an artistic perspective. Please let Yvonne Castle (yvonne.castle@kcl.ac.uk) know if you would like to attend. Drinks and nibbles will be served!

Wallace Heim writes: The TippingPoint last month, co-hosted by the Newcastle Institute for Research on Sustainability, made a step-change from previous TP events. Many of the same elements were there, but something shifted. Something sparked in the combination of TP’s open structure and those participants, those presentations, the talk, the room and the city. It felt as if many things were converging, and instead of being an event proposing or speculating that culture and the arts could be important responses to climate change, it was an event going with and propelling the diverse and energetic work that is being made, and being dreamt of.

The presentations in more conventional conference form, many now online, were provocative, each presenting a distinct direction and raising questions that filtered through the rest of the event. Kevin Anderson and Matt Ridley’s heated head-to-head (“Two men slugging it out over data” as one participant named it) exemplified adversarial strategies and the ways in which the ‘deniers’ and those who accept the consensus views of science tend to define one another’s arguments, leaving a blank between them. It also brought out the difficulties of seeing and critiquing the rhetoric and argumentation in debates that rely on scientific data.

Lucy Conway presented the artwork that is the Isle of Eigg, and how the population there is realising low-carbon, high socially and culturally benefitted living. Ben Twist from Zero Carbon Scotland +TBD, introduced the problem of whether art can, or should, be linked to behavioural change. Erica Whyman from Northern Stage showed how the major cultural organisations in Newcastle are collaborating across their business and institutional interests, and building a network that could include developing plans for material sustainability. The idea of organisational collaboration returned in Alan Davey’s announcement of Arts Council England’s decision to embed environmental sustainability into its funding agreement.

On the last day, Sue Gill, of Dead Good Guides led everyone in singing a version of ‘All Things Bright and Beautiful’ before John Fox gave his reflections on the transitions in art-making from commercialised spectacle to vernacular art, to ‘random acts of culture’. “Even if the markets fail, we must not tolerate the failure of imagination.”

The three days were planned to allow for chance conversations and random mixing in small groups, like the ‘Show and Tell’ session, where participants bring an object with meaning for them relating to climate change. Some of these personal and emotive exchanges drifted into the wider discussions. The three Open Space sessions had themes, the first two mostly ignored: ‘In what ways might I influence the future’ and ‘Exploring Possibilities’, in favour of people’s more immediate concerns. The third, ‘What am I going to do about the future’, drew out dozens of groups talking about their projects, and help that could be given to them.

The openness of TP makes reporting back very subjective. It did feel as if something happened, more than presentations and networking. The unrepeatable, and well-facilitated, combination of the people, the ideas, the timing came together to make an event that showed and advanced the many edges of social and artistic action.Audio recordings of the presentations, tweets, blogs, interviews and commentaries with participants and some of the evenings’ entertainment are on Amplified. Photos above posted on Amplified by quitexander. 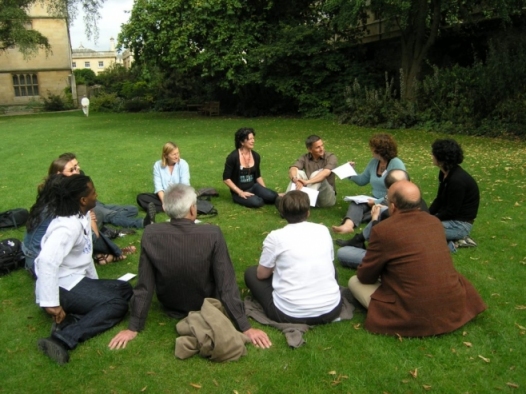 Tipping Point have announced their next gathering and have an open application procedure for some places for artists and academics.

“TippingPoint, in partnership with Newcastle Institute for Research on Sustainability (NIReS), will be holding a major national gathering of those concerned with the interface between the arts and culture on one hand, and environmental issues, particularly climate change, on the other.

Our aim is to continue and strengthen the vital process of giving the urgent challenges of climate change and sustainability a cultural and artistic voice.  This will be a rare opportunity to step outside day-to-day work and engage with innovative peers from across many disciplines, using presentations, panel discussions, group exercises and creative projects.  Our ultimate aim is to help stimulate radical and imaginative thinking in wider society, as we all attempt to comprehend, mitigate and prepare for our inevitably changing environment.” 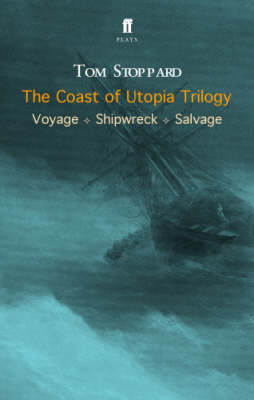 In his preface to The Coast of Utopia, Tom Stoppard makes the point that writers can have real political influence. His example is Turgenev’sSportsman’s Sketches, which Stoppard writes,

At last year’s TippingPoint conference in Oxford, climate scientists spoke candidly and wittily about how their work had altered their lives and their world views. If caught accurately, that kind of portrait might have real political influence.

We are pleased to announce that our second round of commissions is now launched.

This year we are delighted to be able to offer a co-commission with Without Walls, the consortium of 8 of the UK’s most strategically significant outdoor arts festivals.

We will be able to sponsor around 6 commissions and will offer awards as follows.

Proposals must be submitted by Monday 6th December at 5pm. For further guidance and a full application form please download the following document: TP Commissions Round 2 How to apply.doc