Insulation and Chassis: Conversations With Timeless Travel and Aerogel 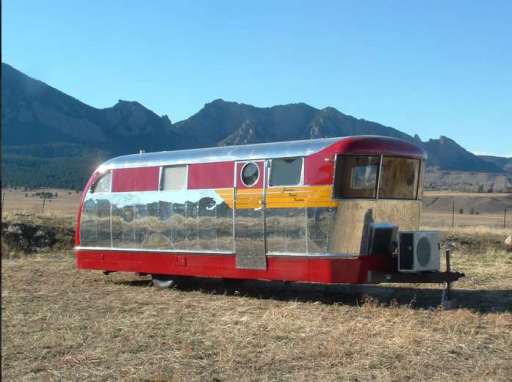 What kind of  insulation to use?  How to balance all the variables – sustainable, healthy materials that are also efficient.  No sense using green materials that aren’t going to be good insulators in a trailer warm or cool, as needed.

I talked with Brett Hall from Timeless Travel who has restored a number of vintage Spartan’s and many Airstreams:

Spartans are the best trailers. The body, which is made from airplane material, contributes about 70% of the trailer’s strength; the rest of the strength is in the chassis.  An Airstream is about 50-50%.  For other trailers, it’s all in the chassis [i.e. the body is basically useless.] 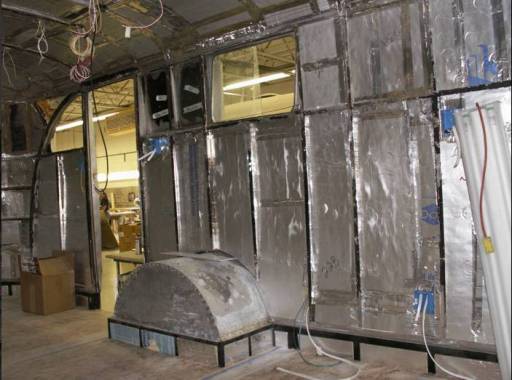 We use PIC insulation which is fiberglass without formaldehyde.  It has an R5 value, which is best you can do with a Spartan, which has an average depth of 2” on the wall.  Insects don’t like it and [I think he said it is fire resistant.]  Once installed, it has an R10-R13 value.  We use foil tape. The PIC has a lot higher R value than other stuff; we install it in panels.  PIC insulation is fairly green, doesn’t outgas.  When installed, it creates a vapor barrier.

There is a lot of exhaust inside the trailer, from cooking, heating, showers, even humans [people give off 2 liters of water/day.] That goes to the outside of the skin.  The air gap helps air from getting in and also air going out. 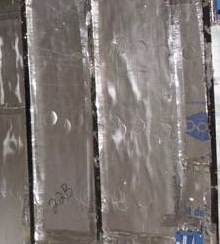 Q:  We have a limited budget, but we are interested in following up with your idea of using strips of Aerogel (Thermogel) over the ribs along with some other form of insulation.  What is the R-value of Aerogel?

Our product has an R4 value for each layer (the idea is to layer it). Harasim’s idea was to use some other kind of insulation in the gaps and then use strips of aerogel over the metal ribs before putting the paneling on (see the above photo where exposed metal ribs aren’t covered by insulation.)

Harasim says this method would get rid of the thermal bridge where the steel is in direct connection with the paneling which is very inefficient, thermally.

He said steel has a conductivity far greater than wood. When the metal is  exposed and it touches the walls it acts as a much larger sink in terms of conductivity  than even the gap in between where the insulation would normally go.  So the idea is to isolate that contact by putting a strip of Aerogel on the metal beams. 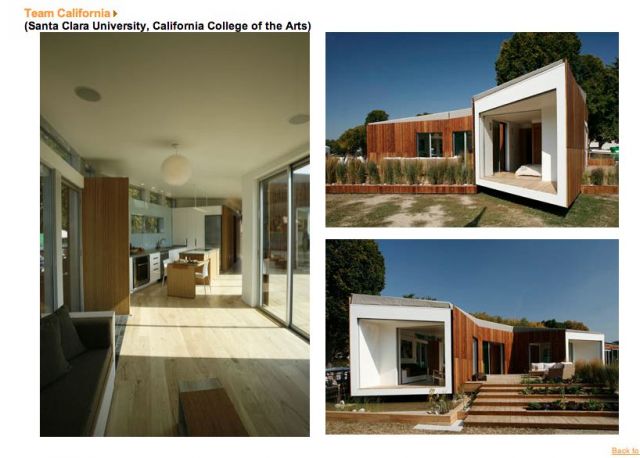 Harasim mentioned the Solar Decathlon (http://www.solardecathlon.gov/about.cfm), a competition sponsored by the Department of Energy  where college students design homes that are almost entirely net zero homes.  According to Harasim, Areogel was used in 4 out of 10 of the winning designs, including the Refract House (photo above) a collaborative effort between the University of Santa Clara and California College of the Arts (click to download PDF of project manual,  lower right column)

Coincidentally, Harasim actually used to work for the PIC insulation company that makes the stuff that Timeless Travels uses.  He says it is an “adequate solution”.  From looking at the  pictures I showed him he said, he says “It is well insulated.  The only downside is that the still the steel studs are still exposed.”

He continued:  “What is difficult about the Spartan is the varying cavity size.  But I don’t see anything wrong with this solution. The PIC foam would be a mid point solution.  The aluminum foil is 100 percent recyclable.  The foam is not but it has a higher R-value than other foams per mass basis.  It is more efficient than other insulation.

Question:  Is the PIC insulation “green”?

Harasim:  It’s hard to describe insulation as being “un-green” since its primary objective is to save energy [I suppose some people could argue with that statement]

Q:  Does you think it would be more green to use something like a newspaper product?

The newspaper, being 100 percent recycled would be an advantage, but overall probably not because of the insulation value and the difficulty of installing it in a trailer.

Q:  Do you think Areogel might be willing to donate some materials or otherwise help with the cost?

We aren’t against it but they are stretched pretty thin right now. We are a new company and have already been donating (I bet to the Dethlon).  But he would help with advise on the installation.  And the strips actually come from a different company, Thermal Block, and they may be able to work with you as well.  He’ll give me all the info.

Note: Timeless Travel uses a different kind of insulation in the floor. (I don’t remember why).  He may have said the stuff is styrene or else fiberglass?? 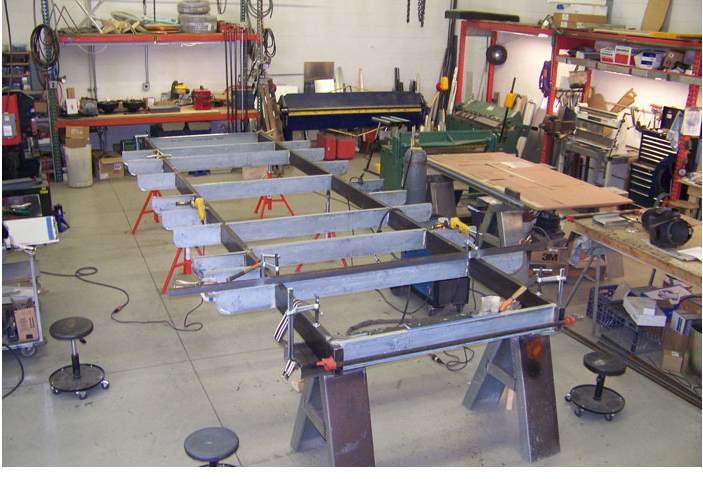 Timeless Travel’s Brett Hall said Spartan trailer chassis often have structural problems, especially from the wheels back.  “We start looking right away for problems.”  About 40% of the Spartans have serious problems, about 10% need work.  (It should be noted, however, that Timeless Travel tends to add 2,000 – 3,000 additional pounds on average to their renovated (high end) restorations.

Note:  Hall said the original Spartan chasis were built by a third party.

Hall added that it’s very important to pay attention to wiring.  The trailer must conform to the National fire Protection Association’s Standards for Recreational Vehicles (NFPA 1192)

Hall rattled off all kinds of things that I couldn’t catch (I was taking notes from the floor of the grocery store).

The gas pipe has to be grounded to the chasis, for instance.

The main thing is that you have to be very careful.  He said electricians think they know what to do and they don’t read the code.  He said READ THE CODE!!