The new partnership between the BAFTA Albert Consortium and Julie’s Bicycle aims to encourage and assist good practice in sustainability across the creative sector, and underscores the importance of a collaborative approach in accelerating the creative industries’ transition to a sustainable and responsible, resilient business community. Both organisations have pledged to pool resources to support the development of the skills, knowledge and practical tools needed to facilitate sustainable practice across music, arts, culture, media, broadcasting and film.

Kevin Price, Chief Operating Officer at BAFTA, said: “Individually, the creative industries have done much to promote and embed sustainable practices. Nevertheless, by sharing opportunities, challenges and aspirations across the sector we stand to achieve much more. BAFTA is incredibly proud to have assembled the leading think tank on the sustainability of the TV industry – exploring the substantial need for immediate practical action. Our challenges and solutions are by no means unique and I firmly believe a collaborate approach to be a catalyst for greater progress.”

Alison Tickell, Founding Director of Julie’s Bicycle, said: “This collaboration is really good news for sustainability. Our industries consistently punch above their weight with great creative ideas, entrepreneurial drive, 100% commitment and extraordinary global reach – in fact, exactly the qualities that the sustainability movement needs right now; together we are a formidable force for positive change.” 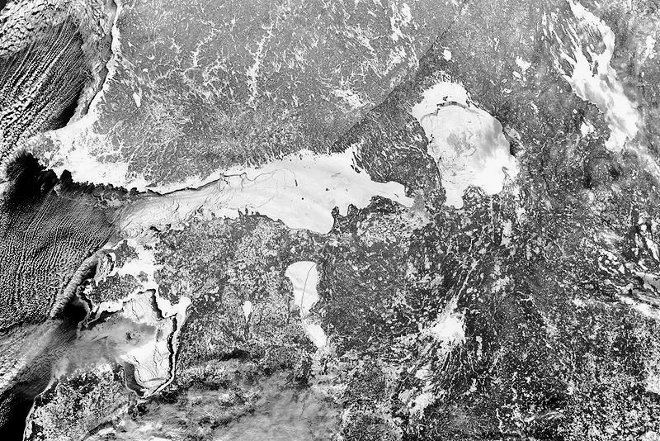 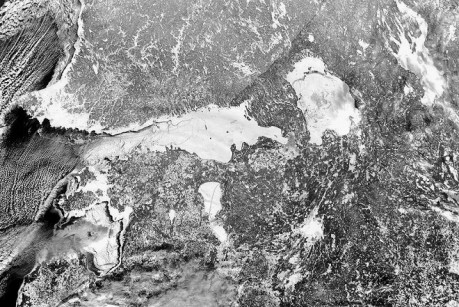 Six proposals are introduced below for creative art+science, participatory and open approaches to environmental education and awareness in the Gulf of Finland Year 2014- / Baltic Sea region. They were first presented by Andrew Gryf Paterson at the Gulf of Finland Year Trilateral Environmental Education seminar, Tallinn, 28.2.2013, and are part of an ongoing dialogue and cooperation with Russian NGO Friends of the Baltic, based in St. Petersburg.

The aims of the proposals are to invigorate previous cultural association and environmental NGO work in the region, including recent Luonto-Liitto -led Itämeri-lahettilas toiminta (Baltic Sea Ambassadors activity); promote the role of trans-disciplinary collaborations, open solutions and systems-thinking; connect younger and experienced generations of environmentalists, combine old+new commons perspectives; and insist on ecological conservation+knowledge sustainability. It is also hoped they contribute to expanding the scope of the emergent Open Sustainabilitymovement, by integrating OpenGLAM (in Finland) and Open Education Resources initiatives.

If you are interested to contribute to the proposals, see elaboration, or add constructive comments, visit the related etherpad document.

Note: Paterson, in addition to working for Pixelache, is also a member of Finnish Bioart Societysince 2011, and a new member of Open Knowledge Foundation Finland since 2013.

In the last decade we have experienced the convergence of a worldwide financial crisis, two wars, and a developing interest in the sustainability movement. Due to our growing awareness of climate change and limited resources, American culture is responding with an almost romantic return to the basics. Growing your own food, repurposing your old stuff, and making your own accessories and gadgets have become a part of popular culture. Craft is back, although reinvented and redefined. Contemporary artists have joined the ranks of techies and tinkerers by making and crafting unique objects or social settings. Their work is both functional and/or makes sociopolitical statements that address our naïve and insatiable consumption of goods and media and its effects on the world around us.

The artists in MAKE:CRAFT display ingenuity, hand-making and technological skills, and participate in what could be termed an Art & Design-to-Craft Revolution. This activity has its roots in the Arts & Crafts Movement of the late 1800s, which responded to the industrialization of goods produced in Europe. At the turn of the 20th Century magazines such as Popular Mechanics and Craftsman began what is now a legacy of self-taught, skill-based knowledge sharing, and inspired current trends in the Do-It-Yourself (D.I.Y.) Movement, a historically American characteristic.

In the 1950s, the craft movement sought to be included in the contemporary art dialogue as it was typically valued as functional or utilitarian. Today many contemporary artists are turning to traditional crafts for exactly that reason, to create socially relevant works that engage communities in practical and empowering ways. It is an opportune aesthetic for the more performative arts including dialogic and relational public practice work that often overlaps with the “green” or sustainability movement.

In 2005, in response to this maker renaissance, MAKE, a quarterly project-based magazine was launched. Its sister publication, CRAFT was introduced the following year, and together they produce the annual MakerFaire in San Mateo, California. This fair, along with other efforts including the Renegade Craft Fair, Anarchist Book Fair, Eyebeam Roadshow, Sewing Rebellion Chapters, and Scrapyard Challenge Workshops are now international in scope. Several artists in this exhibition have been featured in Make and Craft and have initiated these events that operate outside typical art venues.

The artists included in MAKE:CRAFT create work about slowing down, skill-based empowerment, personalization of mass culture, open source sharing of knowledge, and challenging capitalist models of consumption. They want to contribute their skills in ways that break through economic and social confines, and give meaning to what they do. Ultimately, the work presents the many possibilities for making or crafting a new world.

Showing at Ben Maltz Gallery at Otis College of Art and Design, Los Angeles until 12/4

MAKE:CRAFT Facebook page with images from the exhibition HERE 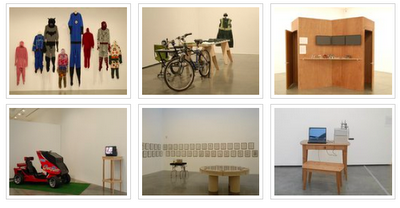 The National Wildlife Federation is releasing a report today that documents more than 160 student-led projects in sustainability and offers tips on how to start similar projects on campuses across the country.

Julian Keniry, director of the Campus Ecology program at the federation, said that the examples in the report document what many have observed about the current sustainability movement: There is unprecedented student interest in sustainability issues that has given rise to a diverse set of activities.

Ms. Keniry also said interest in sustainability cuts across some geographic and political demographics. “We have been impressed by the breadth of involvement,” she said. “They are schools small and large, state, public, and private.”

via Buildings & Grounds – Student Interest in Sustainability Rises, Despite Lack of Curricular Support – The Chronicle of Higher Education.