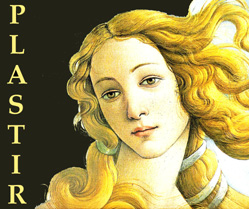 “Plasticities Sciences Arts” is an association based in France, operating at the transdisciplinary crossroads of art and science. As expressed by its president, Marc-Williams Debono, “the PSA research group aims at opening new fields of interaction between sciences, arts and humanities. The group has its origins in 1994 when it established a Transdisciplinary network of researchers focusing on the nature of evolutionary processes. The identity of the group is founded on both knowledge and human experience as on the suggestion of the concept of plasticity. The latter is considered to be the basic principle underlying the organization of any life form, art or idea.”

The group’s website contains valuable online resources including news items, activities and publications, and the online Journal  Plastir, which is on open access (i.e. freely accessible). The latest issue of Plastir (25) was released in December 2011.

The website (in English and in French) of “Plasticities Sciences Arts” and Plastir is accessible at: http://plasticites-sciences-arts.org/