What is it that art could do for the environment?

Kellie Payne reports on the Green Alliance’s summer debate about the arts and the environment.

For their summer reception, the environmental think tank Green Alliance hosted an evening of opera and debate at the Royal Opera House. In conjunction with The Opera Group, the evening began with a fifteen minute excerpt of Luke Bedford‘s new opera Seven Angels, is inspired by Milton’s Paradise Lost and has environmental degradation as its theme.

Following the opera taster, there was a panel discussion entitled ‘What have the arts ever done for the environment? The panel included a mix of representatives from the worlds of policy, the arts and academia. It was chaired by Julie’s Bicycle’s Alison Tickell, and panellists included: The Southbank Centre artistic director, Jude Kelly, RSA chief executive Matthew Taylor, Arcola Theatre executive director Ben Todd, the sculptor Peter Randall-Page and David Frame, fellow of Oxford University. In her introduction, Tickell indicated that the Seven Angels was one among a crop of new work being made by British artists that addressed nature or the environment among those artists she listed were Antony Gormley, Ian McEwan, Jay Griffiths.

One of the main themes of the evening was an attempt in the discussion to answer the general question of what it is that art can do for the environment. It was generally agreed that one of the strengths of art was that it was well equipped to deal with the complexities that many environmental issues such as climate change raise. Matthew Taylor saying that art should be one of the many interventions required to tackle climate change.

One of the most eloquent responses came from the scholar, David Frame, who highlighted art’s ability to deal with complexity and tension. He felt that as climate change and environmental problems are so complex in nature, with for instance climate change knowledge dispersed amongst many specialists without a graspable whole. He said that the arts community has ‘a unique ability to convey complexity, delicacy, and beauty and among the things you can do is you don’t need to simplify…’

He pointed to the deficits in mediums such as Twitter or the 1,000 word Op Ed piece and contrasted this with the length of a novel or a film where he said ‘the possibilities for the ideas you can upload to people is phenomenal.’ This type of medium he said was also more able to cope with uncertainties. ‘You leave interpretation open which isn’t considered acceptable in other forms and I think that in doing so you can bring out tensions between these parallel values’.

Changing values seemed to be one of the key roles identified for art that emerged from the discussion. Alison said she has observed what she describes as a ‘palpable’ shift in values taking place rapidly and for her ‘the arts do have a role to play in reflecting and shaping and engaging with those values.’ While Matthew didn’t agree with Alison the extent to which values have already changed in the positive direction Alison described. In fact, he warned that during this current time of disturbance there is a clear dissatisfaction with current values but which way public opinion would turn was not decided. He said the dissatisfaction could lead in two ways, and not necessarily in a progressive direction he lamented that ‘it can go in a dangerous direction as well.’

The question of how politics should be addressed raised differing opinions. Jude Kelly began by announcing she ‘didn’t mind a bit of bad art’ provided that art had some sort of message. She went on to say, ‘I don’t think it’s a hanging offence to produce a message’ However if it’s not particularly interesting it might ‘bore me after awhile’. Further, ‘I don’t mind artists having a go. I really dislike the idea that artists shouldn’t be allowed to take centre stage to comment on things.

While Peter conceded that there was ‘nothing wrong with political art’, for him it was less the politics which art was best equipped to address. He was more of the mind that art’s quality was that it didn’t have a direct ‘purpose’ that it was its intrinsic values alone that made art great. He believes that ‘arts are not well placed to (do) issue based lobbying’ contrasting what he finds often to be the pragmatism of the environmental movement with the arts ability to nourish imagination and the spirit in the way the natural world does. ‘I think the role that I feel for the arts in environmentalism is that it… reminds us that we’re not all bad. If we only feel negative it’s impossible for us to move forward and remove this exclusively pragmatic approach to looking after the world.’

Matthew wanted to introduce a third way of thinking about the issue agreeing that art shouldn’t attempt to kick us around the head. However, he felt art could ‘challenge people to live differently and value things in slightly different ways.’ Providing a vision of how ‘a different, deeper kind of understanding about what makes life worth living and what it is society wants to be.’ This task he felt art was ‘incredibly well suited’. That is, ‘art is there to explicitly to get you to think about what the good life is.’ He concluded this thought saying ‘art shouldn’t be ashamed to say that art is here to help you rethink what our values are and I don’t think that requires you to revert to a kind of crude placard waving.’

In addition to the discussion about art and politics, the panel also touched on the controversial issue of artists lifestyles and the high carbon footprint of the arts. The general attitude on the panel was that this shouldn’t be paid as much attention as it has been. Jude Kelly saying that this arts requires face-to-face interactions and not allowing artists to fly amounts to a cultural boycott. But Matthew Taylor thought artists should be accountable, and if they want to have influence on others they have to take account of their own actions.
Increased collaboration amongst artists was encouraged, suggesting that the problem of the environment is one that artists should attempt to do together. Arts organisations such as Cape Farewell and Tipping Point were highlighted as doing exceptional work, helping to inform artists of climate change and bringing the topic to their consciousness.

It was edifying to see an organisation such as the Green Alliance, who normally deals with more policy related issues such as building a sustainable economy, investigating climate and energy futures, designing out waste and political leadership to host a conversation with the arts community. A cursory glance over badges of audience members saw representatives from business and policy, including the Department for Energy and Climate Change and The Environment Agency, so the wider these issues can be encountered and discussed the better. It’s time the arts community made it’s voice heard in the conversation about climate change. Peter concluded well, stating that it is artists who need to create metaphors and narratives which make it possible to go into the future.

The workshop is embedded in the exploratory practices and research of the Social Sculpture Research Unit and informed by its network of active members and associates. In this sense it also provides an introduction to social sculpture and its role in bringing about a viable word.

The program me is led by artist Shelley Sacks, head of the Social Sculpture Research Unit at Oxford Brookes University, and Dr. Hildegard Kurt from and. Institute for Art, Culture and Sustainability in Berlin.

Please enrol as soon as possible. Places are limited. 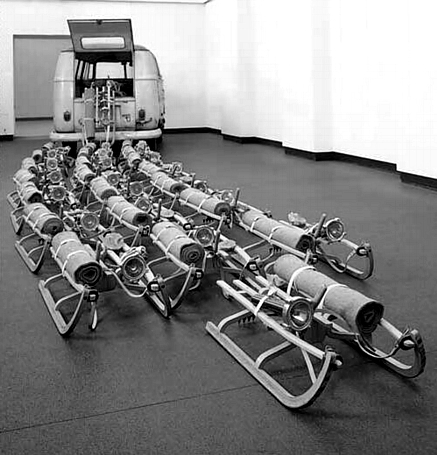 Learn about the Beuysian school of art and sustainability on this progressive summer course.

ART AND SUSTAINABILITY – new Summer School program in English within theInternational Weimar Summer Courses from 27 June – 10 July 2010.
From Goethe and Schiller through the Bauhaus to Social Sculpture. Forum for Creative Action: The Shaping of a Humane World as an Aesthetic Challenge
This 12 day `theory-practice´ program runs annually in the summer. It actively engages participants in an introductory exploration of social sculpture and aesthetic questions relevant to the shaping of an ecological and socially just future. It looks back to Goethe, Schiller, the Bauhaus and Joseph Beuys and forward to developing new forms of social sculpture / connective practive appropriate to the challenges of the 21st century.
The program is led by artist Shelley Sacks, head of the Social Sculpture Research Unit at Oxford Brookes University, and Dr. Hildegard Kurt from and. Institute for Art, Culture and Sustainability in Berlin.
Enrolment closes on 30 April 2010. Please enrol as soon as possible. Places are limited.

From Goethe and Schiller through the Bauhaus to Social Sculpture. Forum for Creative Action: The Shaping of a Humane World as an Aesthetic Challenge

This 12 day `theory-practice´ program runs annually in the summer. It actively engages participants in an introductory exploration of social sculpture and aesthetic questions relevant to the shaping of an ecological and socially just future. It looks back to Goethe, Schiller, the Bauhaus and Joseph Beuys and forward to developing new forms of social sculpture / connective practive appropriate to the challenges of the 21st century.

The program is led by artist Shelley Sacks, head of the Social Sculpture Research Unit at Oxford Brookes University, and Dr. Hildegard Kurt from and. Institute for Art, Culture and Sustainability in Berlin.

Enrolment closes on 30 April 2010. Please enrol as soon as possible. Places are limited.