From Julie’s Bicycle: After Miss Julie “Classic for a New Climate” opens at Young Vic 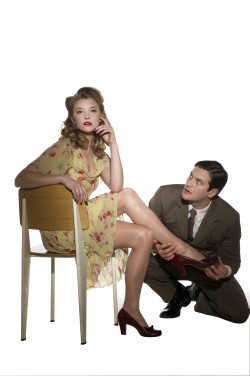 Last Month a re-imagining of Strindberg’s cruelest love story, Miss Julie, opens at the Young Vic after a week of previews. Set in England, July 1945, After Miss Julie takes place during the celebrations of the Labour Party’s landslide election victory and follows events which, over the course of a single night, turn Miss Julie’s world head over heels.

Adapted from the original by Patrick Marber and directed by Natalie Abrahami, After Miss Julie is also a “Classics for a New Climate” production, which has been investigating approaches to making more ecologically sustainable theatre in partnership with Julie’s Bicycle. Prompted by the Mayor of London’s target to reduce London’s emissions by 60% before 2050, the Young Vic set out to reduce the energy used to produce After Miss Julie by 50% compared to other shows that have been staged in the Maria Theatre previously.

Heating, cooling and ventilating are the three systems that use up the most energy within the theatre space, and the Young Vic has an efficient system in place thanks to a refurbishment to the building which reopened in 2006. Initiatives that this production has put in place to reduce energy further have involved using natural ventilation as a substitute for heating and cooling as much as possible. This explains why the temperature in the auditorium varies slightly and why they’ve asked audience members to wear layers.