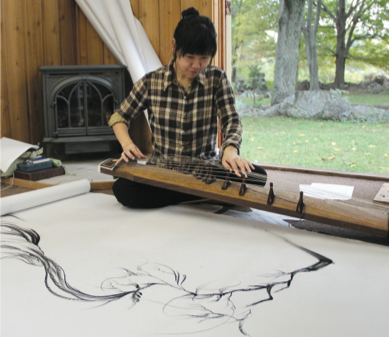 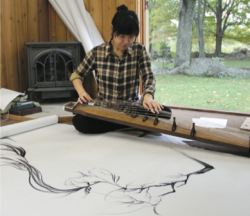 Self-directed, multi-disciplinary artists’ residencies will be offered from May through November 2013. Most sessions are 4-weeks in duration and are offered to those working in the Visual Arts, Music Composition/Sound Sculpture, Architecture, Creative Writing, Moving Image and Landscape/Garden Design. There is also a special Environmental Art Program in 2013.

Except for the $30 application fee, the residency is offered at no cost to accepted artists and includes comfortable private living quarters, a private studio and meal program. International applicants are welcome. To defray the cost of travel, four $750 grants will be awarded in 2013 to non-North American artists.

Video Vortex #9, Re:assemblies of Video, is conceived and hosted by the Moving Image Lab and Post-Media Lab of the Innovation Incubator at Leuphana University Lüneburg, Germany. The conference will be held from February 28 until March 2, 2013. The call for contribution is open until 31 August 2012.

Online video vortices such as Youtube, are assemblages of assemblages: its infrastructure and spheres of use and production again consist of assemblages. The video sphere today is a mesh of different types of elements; we have databases, screens, interfaces, protocols and server farms. Comments, tags, lists and channels, cameras, producers, frames, users and audiences. Last, but not least, money flows, broadcasters, advertisers, property rights, eyeballs and statistics, all add to, and operate in multiple assemblages.

Currently there are new configurations of components in video culture, interacting in new ways and with loose forms of influence. VideoVortex #9 proposes that now is a time to re-engage with a structural and contextual analysis of online video culture.

If you want to know more about it, you can read the Video Vortex_Call_flyer here.

I’ve just been watching a series of short films exhibited online by the artist-moving-image agency Lux in honor of the 200th year of Darwin’s birth. They’ve put up four short films that consider, in their words, “Darwin’s complex legacy”.

There are a couple of real gems there; go have a look. In particular:

And Ben River’s wonderfully slow and measured Origin of the Species 2008 is a portrait of an unnamed auto-didact hermit, fascinated by the big questions of life and nature. In occasional moments of voice-over reflects on them from the solitude of his woodland hut. Among the gems of wisdom he dispenses is this one, which I particularly love:

Go to the Lux collection of Darwin-related films.