A bestiary of wonders, or, ‘Attenborough on acid’ 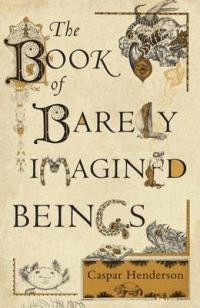 Caspar Henderson’s The Book of Barely Imagined Beings. A 21st Century Bestiary came out this month, published by Granta. Here on Ashdenizen, Caspar contributed to our metaphors for sustainability with coral reef. And on the Ashden Directory, he was part of our panel on theatre and climate change in 2006.

Robert Macfarlane calls The Book of Barely Imagined Beings a genre-bending grimoire, a spell-book of species.

Reviewers are marveling at how the compendium of real animals, from the axolotl to the zebra fish, prompts Caspar’s essays on the nature of seeing, walking or being:

Philip Hoare in the Literary Review

John Lloyd for We Love This Book
Anthony Davies in the Ham and High.

Caspar blogs at The Book of Barely Imagined Beings.