This is a brilliant initiative: a growing online activist movie created by an army of collaborators, who are animating a script by philosopher/activist Tim Rayner: 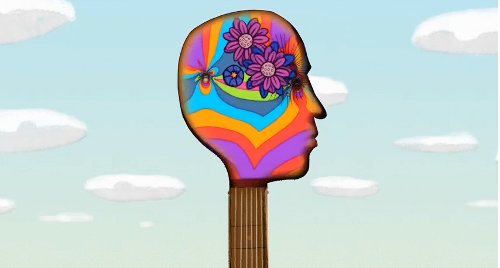 Still from Coalition of the Willing: Back to the 60s by World Leaders

The film is appearing online at coalitionofthewilling.org.uk. Rayner’s collaborator is the film maker Simon Robson aka Knife Party, who has pulled in a glorious range of film makers and animators to bring Rayner’s script – on how activists can come together to combat climate change.

The first clips went up at the start of this week. More will be appearing in waves in the coming weeks.

it’s a really exciting way of bringing creative people together on a project like this. The medium is wonderful. I’m not entirely sure I’m convinced of the message – though I would like to be. The Coalition of the Willing’s theme is that that the net allows “swarm politics” to flourish, giving activists a unique chance to mobilise against global warming.

While the net does have that effect, there are two other effects which seem to be just as strong:

1) It gives exactly the same power to those who think the very opposite of what you do – witness the swarm  of warming scepticism online.

2) Though it creates lots of networks there is no real incentive for those networks to link up. They are often reproducing exactly the same message, deploying the same tactics, in isolation from each other. At the same time as it pulls people together it also keeps them in separate silos.