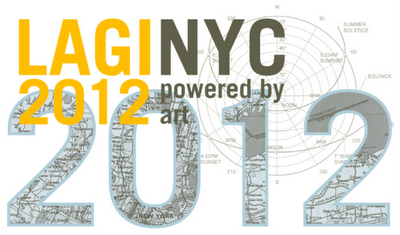 For the last two years Freshkills Park has invited the public to come take a “sneak peak” full day tour of the transformation that has been taking place over the last ten years at the largest landfill site in the world. On Sunday, October 2nd this New York City park project offered free water taxi rides direct to the site from Pier 6, a one hour journey past miles of industrial sites, some still in production, far from the eyes of Manhattan. At the park were temporal art installations and science booths as well as guided walks, kayaking, and Mierle Ukeles’ famous The Social Mirrorgarbage truck from the late 1970s.ecoartspace was recently invited to jury an upcoming design competition at Freshkills, a collaboration of the Land Art Generator Initative and the New York City Department of Parks and Recreation. One of the goals of the park is to site large scale public art works. Elizabeth Monian and Robert Ferry of LAGI, who have been focused on energy based artworks in recent years out of Dubai, proposed an ideas competition for 2012. Contestants are invited to identify public art works that will harness energy from the site and convert it to electricity for the utility grid, in addition to providing conceptual beauty. 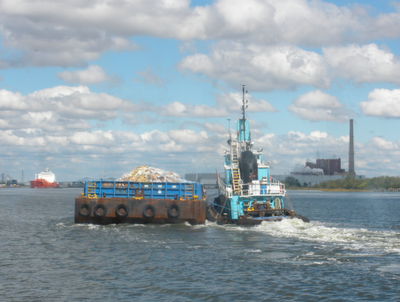 Freshkills consists of 2,200 acres, almost three times the size of Central Park. It is the largest park to be developed in NYC in over 100 years. The park is meant to be a “symbol of renewal and an expression of how our society can restore balance to its landscape.” It will continue to be built out in several phases over the next 30 years and includes an unusual combination of natural and engineered beauty with creeks, wetlands, meadows and spectacular views of the New York City.

The monetary prize award of $20,000 will not guarantee a commission for construction; however, LAGI will work with stakeholders both locally (NYC) and internationally to pursue possibilities for implementation of the most pragmatic and aesthetic LAGI designs.

ecoartspace has been a project of the Social and Environmental Entrepreneurs in
Los Angeles since 1999.
Go to EcoArtSpace