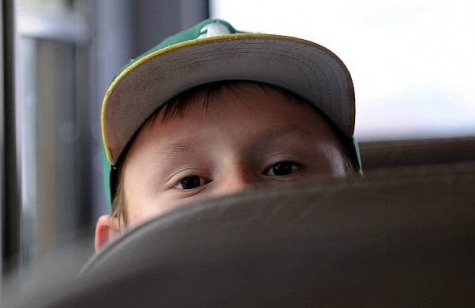 Trailer Trash is taking it to the streets.  We want to tell the stories of children living with their families in cars and trailers parked along the streets of Los Angeles.  We’re also want to hear from children whose families are facing foreclosure.  To get started, we need to buy a used van to tow our mobile recording studio – a 1972 Aristocrat trailer. Trailer Trash is a member of Fractured Atlas. Donations through our Indie GoGo Campaign are tax-deductible! 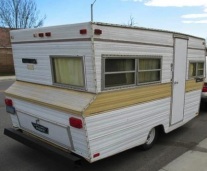 ADM Tries to Take Down Funny Video; Big Business Has No Solutions; Now What?

A legal complaint from agribusiness giant ADM has resulted in the removal from Youtube of a fake video of ADM’s CEO making over-honest pronouncements. (The video is still available here, here, and, for download and reposting, here.)

Last week, the filmmaking team behind The End of Poverty? partnered with the Yes Men to create a parallel, imaginary World Economic Forum in which world leaders came up with real solutions to poverty. The leaders seemed, in a < a href=”http://www.we-forum.org/en/events/AnnualMeeting2010/index.shtml”>series of videos, to be supporting a set of initiatives based on 10 Solutions to End Poverty, a petition for which the filmmakers are trying to get ten million signatures by the end of 2010.

Each of those initiatives pages has links to organizations that are fighting hard for change on these issues.

In contrast, the actual World Economic Forum ended Sunday with a profound lack of results, some seemingly satirical but all-too-real headlines (like Goldman Sachs’s Lloyd Blankfein’s rumoured $100 million bonus), and one fruitless complaint to Youtube.

“If we can bail out bankers to the tune of trillions of dollars, surely we can solve poverty, which will just take a few structural changes, plus a whole lot less money,” said Beth Portello, the producer of The End of Poverty?

“All the crises we’re facing are rooted in massive inequality and poverty,” says Philippe Diaz, the film’s director. “If these leaders really wanted to make a difference, they would work towards ending poverty, however uncomfortable that might be for business.”