CLUI on Display: Through the Grapevine: Streams of Transit in Southern California’s Great Pass 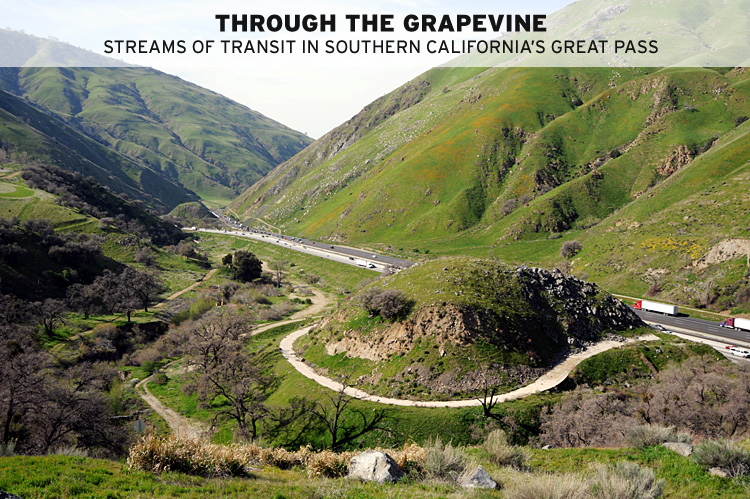 Through the Grapevine: Streams of Transit in Southern California’s Great PassThe mountainous passage that separates the great population of Southern California from the rest of the state is a zone of transit, from one epic region to another. Located at the collision of the San Gabriel and Tehachapi Mountain Ranges, this steep and convoluted terrain lies between Castaic, the northern edge of the Los Angeles megalopolis, and the depopulated place known as Grapevine, at the southern end of the Central Valley. Layers of traffic, water, and energy move like a braided stream through the mountainous terrain, connecting here to there.From April 23, 2010This exhibit is made possible by a grant from the Department of Cultural Affairs, City of Los Angeles and the CLUI Remarkable Roadways Program.

CLUI on Display: Through the Grapevine: Streams of Transit in Southern California’s Great Pass.