What did we do?

For the duration of the exhibition Creative Carbon Scotland moved their office to the Tent Gallery to invigilate the exhibition and make the most of the public presence of CCS during the festival.

What did we achieve?

Having reflected upon the project, we feel that one of the key achievements has been to establish CCS as a more public-facing organisation as well as rooting the organisation more firmly in the space of arts and sustainability. We feel the discussions were a big success, serving as an important platform for bringing together individuals and organisations in our area of work and binding the different elements of the project through the exploration of some key themes.

Here are some key points from the discussions

Discussion 1: Bringing the emotion of the arts to bear on the rigour of the sciences

Discussion 2: Art, technology, activism and knowledge in the age of climate change

Discussion 4: Going beyond the material: Environment and Invisible Forces in the literary, performing and visual arts 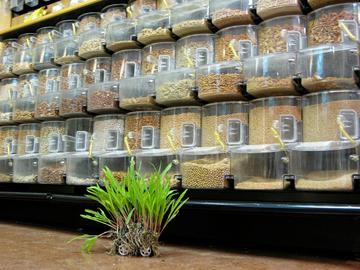 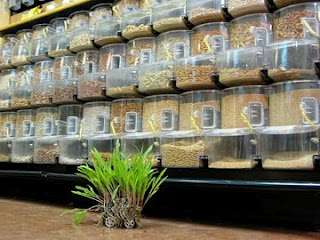 Patricia Watts, ecoartspace founder and west coast curator was recently invited to write a short essay for a gallery exhibition catalogue titled Monsantra published by TNG Gallery in Calgary featuring the work of Canadian artist Wendy DesChene and American artist Jeff Schmuki. The essay is online HERE. Since 2006 when she curated Hybrid Fields at the Sonoma County Museum, there have been numerous exhibitions and many artists creating work that explores our food systems. Most recently at the Smart Museum is Feast: Radical Hospitality in Contemporary Art curated by Stephanie Smith, which closes June 10th in Chicago, and upcoming Fall 2012 Green Acres at the CAC in Cincinnati curated by Sue Spaid.