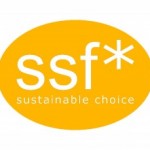 The Off Hours is the first-ever film to receive the SSF Tag, the Sustainable Style Foundation’s stamp of approval.  Efforts were made across the production in each department to make environmentally and socially responsible choices.  Director Megan Griffiths and the rest of the production team wanted to create an example that could realistically be followed by future productions, large or small.  No one is perfect, but when a production makes it a priority, shooting green is not so out of reach.

Based on this production’s experience, here are Megan’s top five tips for a sustainable set:

Stocking the craft service table and catering truck with locally produced goods makes a huge impact on the footprint of your production. Not only are you reducing the amount of gasoline and oil utilized to transport food from far off places to your crew’s stomachs, but you’re also supporting your local economy. This goes beyond the fruit and vegetables you get at your local farmers’ markets–most cities have local brands of chips, sodas, energy drinks, coffee, candy, etc, which are as good or better than national brands.

Part of the reason productions have such a large individual impact is that each film is approached as a separate and unique enterprise. The truth is that the basic needs of many productions are very similar–and not only that, but the items needed to build a set are the same items needed to build houses, vehicles, etc. Visiting second-hand stores for building supplies, fixtures, furniture and clothing is great for both the environment and your budget. And you can donate everything at the end of production so that it can be reused again by someone else.

On set and in the production office, recycling and composting can make a giant difference. The amount of water bottles and paper that are thrown away on the average set is almost criminal. It’s the responsibility of the production to create a culture on set where recycling and composting are encouraged and supported. Given the right level of commitment, films at any budget level can take this step to reduce their impact.

Film is beautiful, but environmentally toxic, and videotape is practically impossible to dispose of responsibly. While technological waste has a big impact of its own, shooting digitally and backing your media up to hard drives is the most environmentally sound method around. Hard drives are reusable, and can be recycled by special vendors if and when they cease to function.

If the budget allows, providing water bottles and travel mugs to your crew is a great way to reduce your carbon footprint. If you’re working on a smaller budget, encourage the crew to bring their own from home (most people have them), or at the very least to label and re-use their disposable water bottles and coffee cups more than once. If every person on a 50-person crew drinks three waters a day, that can add up to 150 plastic items added into the waste stream each and every day. Over the course of a feature shoot that becomes thousands and thousands of water bottles entering landfills on your watch. Don’t let it–provide a water cooler and receptacles for your crew, and ask your caterer to provide dishware and utensils at mealtime that can be washed and reused rather than thrown away.

Here in New York City we have commercial theater, experimental theater, really bad theater…but who knew we also have green theater, too!?

9Thirty Theatre Company is one of New York City’s first eco theater companies, and we happen to think they’re pretty darn neat. By having the environment serve as a character, theme, or the plot of their shows, 9Thirty seeks to raise awareness and take action on pressing environmental issues.

On Sunday, July 25, the theater company with a heart of gold will present THE BIRDS” TO SAVE BIRDS — a benefit reading of “The Brown Pelican” by George Sklar. The event will raise money for both 9Thirty and Tri-State Birds – a non-profit organization dedicated to saving and rehabilitating birds in the Gulf of Mexico.

“After the oil spill I found myself feeling helpless about what I could do to make a difference,” says artistic director Jeff Burroughs. “As of June 1st 658 birds, 279 turtles, and 36 mammals have been found dead. So I created an avenue to DO something! I contacted Tri-State Bird Rescue to put together a benefit.”

Besides the reading, the benefit will also feature organic food and drinks, a good old fashion raffle, and coupons for special discounts on future productions.

Sound super cool? Stop by 9TTC.org to get more information and purchase your tickets!