I am now at Narita airport heading home with some final thoughts on my 10 week art residency in Fukushima province in Japan. 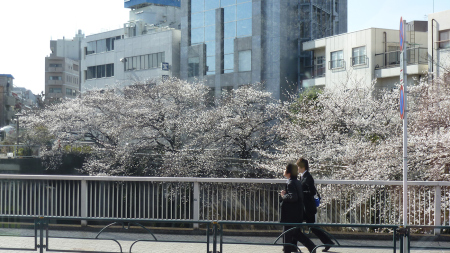 After my previous blogs Chris Fremantle asked me what is ‘normal’ in Fukushima. Well, that depends on whether you are a displaced person living for the last two years in temporary accommodation without full time work or proper family life, or whether you are a local Fukushima resident.

Fukushima is a very large Province stretching more than halfway across the centre of Honshu, the main island of Japan, most of it being well away from the actual disaster area. For most people here, ‘normal’ is everyday life as it always has been, superficially not affected at all apart from the total downturn in the tourist industry and it’s related earnings issues. But underneath it there is a permanent change in their belief in their own National political and organisational systems and a much greater awareness of the fragility of life and of the value and importance of the environment. As a visitor you don’t access these feeling easily. The Japanese are not given to personal revelations so that when people do speak out you know their thoughts are important and deep. 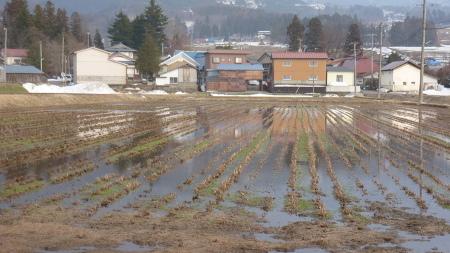 Recently we four artists were invited to a wine tasting by one of our English speaking supporters who owns a 7/11 convenience store and a wine store – which he admits to being mostly a hobby. Sitting in his warm and beautiful wine Kura and sampling great wines from around the world and a lovely meal produced by his wife, I eventually asked what his views were on the nuclear issue and the business pressure on Government to re-open the nuclear power stations. Surprisingly he said he had studied Nuclear Physics at University and that he had always supported Nuclear because although he understood the dangers he totally believed that his Government and the scientists would have fully evaluated all the important safety issues in implementing the programme. Now he has had to re-evaluate his position and has looked closely at the issues involved in expanding the use of fossil fuels. He now believes the long term danger to the planet is greater from fossil fuels. ‘What about renewables’ I asked and he admitted that in Japan this was hardly on the agenda and would take so long to get started that it seemed an unlikely way to solve their needs. He faces this as a personal dilemma that he like, I imagine, many millions more are wrestling with inside of their ‘normal’ everyday lives. But they feel helpless to influence things one way or the other. 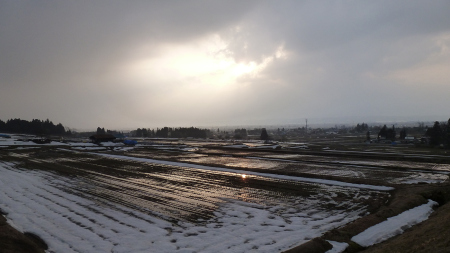 For the ‘refugees’ still without home and jobs, everyday life is filled with making origami, keeping their tiny homes in order, trying to get better compensation, undertaking part-time jobs if they are lucky and volunteering just to engage with their new communities and keep busy. For them I think ‘normal‘ is a dream for the future. They have no belief at all in a nuclear future.

In my last blog I mentioned that there was an electricity failure at the damaged Daiichi nuclear plant with a four day limit before critical heat was reached. The following day we learned that power had been restored. They still didn’t know the cause but suspected the main switchboard. The day after that, in keeping with their new commitment to transparency, they said that although they were still not certain of the cause they had found an electrocuted rat beside the main switchboard. I cannot think of words enough to make a further comment, but, I mean seriously, was it possible that a rat could gnaw through the cable of the electricity supply to a stricken nuclear plant cooling system – honestly?

So what are my personal feelings about Japan on this my most recent visit. As always, I see that the ability of the Japanese to set and run incredibly complex systems with amazing accuracy, like trains and luggage delivery systems is mind blowing. 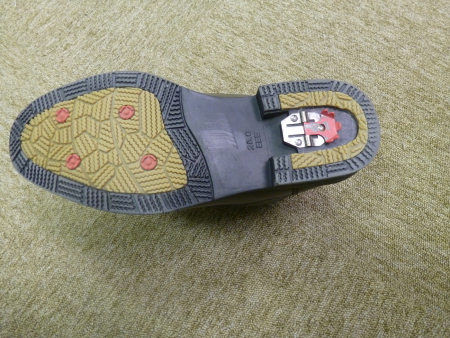 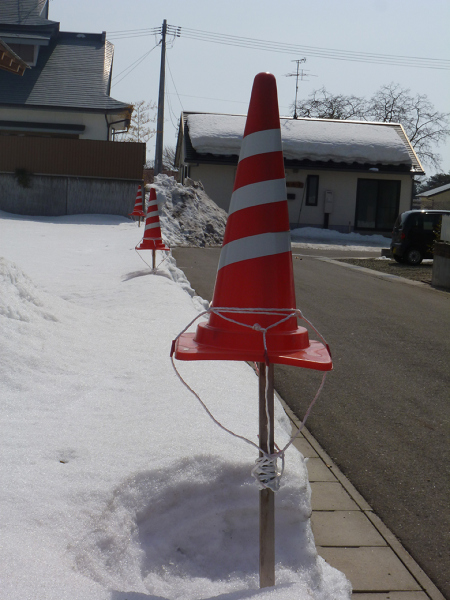 They have some of the most imaginative designs and systems imaginable, like the thermal water snow clearing systems I mentioned in an earlier blog, and the shoes that a technician at the Museum took off for me to photograph. They had tiny teeth in the heel that can be pulled out when walking on snow. These are just individual examples of the many small designs one comes across. But this is always countered by the opposite where at a personal level where no systems are in place: organisation and communication can fall apart with regular frustrating frequency. Another example would be the endless meetings I found so inconclusive and frustrating. These were explained to me as, ‘We are not trying to make decisions, we are just wanting to let everyone have their say – even if we ignore it later at least they feel they have been able to speak their mind.’ It is above all a country of contrasts.

But one thing shines through and that is the people, their kindness, generosity and willingness to help and support each other and we visitors. The small acts of kindness that happen on an everyday level here in Fukushima are what I will carry away from this country: the restaurant owner whose excellent restaurant we had visited several times who turned up un-announced at lunchtime on the final day of our exhibition with his family and a large bowl of hot Japanese soup; the construction company owner who dropped his work to take my friend, visiting from Tokyo, and I up the mountain on a glorious sunny day because she said she wanted to go and he said he loved the place so much that he regarded it as his pleasure to show it to us. 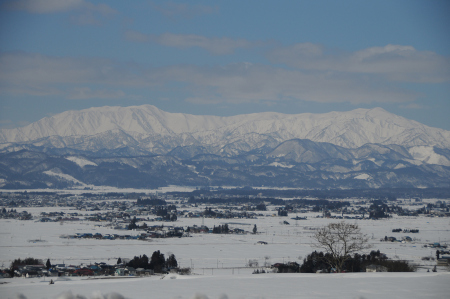 Yesterday Yoshiko l and left Kitakata and went to catch the bus for Tokyo an hour away at Aizu Wakamatsu bus station. We were driven there by the daughter of our host because she had a bigger car for our luggage. And as we sat in the waiting room a lady we recognised came to meet us. She was a Refugee from a local camp who had come to one of our talks and to our exhibition. She heard of our departure and walked to the station to say goodbye.  She gave us each a bottle of water for our journey and thanked us for coming and for making a difference. For an artist there can be no greater thanks.