Getting Off the Planet 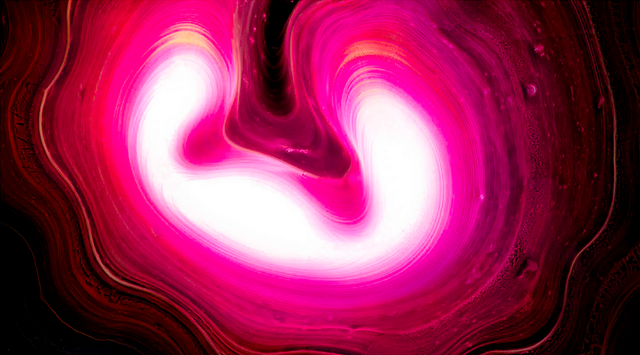 ecoartspace is proud to present the first in a series of site-based residencies happening throughout the state of New Mexico (2012-2013), a unique project curated by ecoartspace founder and west coast curator Patricia Watts and independent curator Jenée Misraje in collaboration with the Santa Fe Art Institute (SFAI), titled Getting Off the Planet.

A digital dome video work with surround sound titled CARBON X created by New York artist Charles Lindsay in collaboration with visual effects specialist Eric Hanson of RezX in Los Angeles, will be presented to the public Saturday, September 22nd at 2pm at the Institute of American Indian Arts (IAIA) Digital Dome in Santa Fe, New Mexico. An addition viewing will take place on Tuesday at 9am for the annual ISEA conference during their Santa Fe Day.

Lindsay, a multimedia artist, has been refining his camera-less photographic process for over ten years and was invited by the curators to be in residence at the Santa Fe Art Institute in June 2012 to explore how his imagery could be applied in the fully articulated dome at IAIA. Lindsay spent several months in 2011 and 2012 working out of Los Angeles with Hanson rehearsing the 5 min video and while at IAIA this past summer he worked with Ethan Bach the dome director to edit and apply sounds from the region. The content is other worldly you could say, and offers viewers another realm to consider what it means to live in a world where other forms of extraterrestrial intelligence potentially exists. What might they look like, how might their presence be known.

In 2010 Lindsay was selected by the SETI Institute to be the first official artist-in-residence, and has been provided with the opportunity to work with the famous Dr. Jill Tartar at the SETI Radio Telescope in Northern California.

Getting Off the Planet is a concept that Patricia Watts conceived of as an exhibition in 2008. In 2010 she partnered with Jenée Misraje to research artists and identify funding, then decided to focus on residencies instead. Watts has recently made five trips to New Mexico visiting sites and potential collaborators. It is the curators vision that the invited artists will spend at least a month in New Mexico at a site of their choice, to create work either in the landscape, or derive imagery and ideas from their time in New Mexico to create work later at their home studios. The works will speak to our relationship with the universe and how it informs what it means to be here now on planet Earth from an ecological and spiritual perspective.

The curators are seeking funding to commence residencies with Taro Shinoda (Japan), Aleksandra Mir (UK), Vincent Lamouroux (France), and Roman Keller and Christina Hemauer (Switzerland), as well as five other artists out of 15 artists currently under consideration.

Patricia Watts will present the GOTP project at ISEA on Thursday September 20th at 9am at the Natural History Museum Planetarium in Albuquerque, and will moderate a panel discussion including Charles Lindsay, along with other panelists, in the afternoon at 1:15 in the special events room at the Albuquerque Museum.

See you in New Mexico!!!