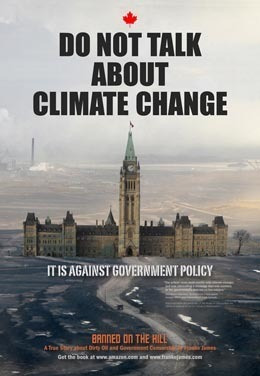 In 2011, the Canadian artist Franke James was supposed to have her work exhibited in 20 European cities. But the local NGO that was sponsoring her was allegedly bullied and intimidated so badly by Canadian officials that it pulled out and the entire show was canceled. A spokesperson for the government had explained that Ms. James’ show was about climate change and her opinions were contrary to those of the government.

However, Franke James does not intend to keep quiet about what she experienced — now she is publishing a graphic 368-page book, ‘Banned on the Hill: A True Story about Dirty Oil and Government Censorship’, about the ordeal which features passages from more than 2,100 pages of official memos, internal federal emails, and other records.

125 funders supported her crowdfunding-initiative onIndiegogo.com to advertise her cause in the Hill Times, an Ottawa political weekly, and to launch an outdoor campaign Monday in the capital. She managed to raise over 5,000 US dollars already a month before the fundraising deadline, and her ad began appearing in the Hill Times on 20 May 2013 with the headline: “Do not talk about climate change. It is against government policy.”

American climate activist and founder of the organisation 350.org, Bill McKibben, was quoted as saying: “The Canadian government has clamped down on scientists who tell the truth about the tarsands, and it’s tried to shut up artists too. Happily, Franke James is indefatigable.”

Franke James hopes her book will be a how-to guide for other activists.
Read more and see Franke James’ artwork:

The Guardian – 17 May 2013:
Artist finds inspiration in Canadian government’s attempt to silence her
Visual essays by Franke James reveal how the ‘troublesome artist’ was targeted because her views on climate change clashed with the push to develop Alberta’s tar sands. By Suzanne Goldenberg, US environment correspondent 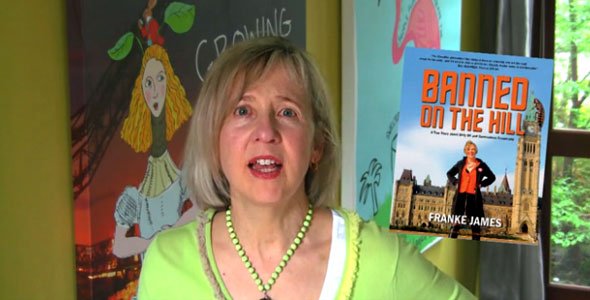 This blog-post is re-published from artsfreedom.org.