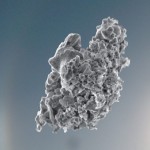 Invisible Dust involves leading world artists and scientists collaborating to explore air pollution, health and climate change. The aim of this ambitious project is to produce significant and far reaching artists commissions in the Public Realm in the UK and internationally, as well as supporting the creation of new scientific ideas and engaging audiences with large scale events, education and community activities.

Alice Sharp has worked as an Independent Curator of projects with visual artists in the Public Realm since 1997. Sharp set up Invisible Dust as part of her commitment to involving Artists and Scientists in health and climate change.

Visibility plays a key role in our trying to gain an understanding of the need to live sustainably and dramatically reduce climate change. Artists have many ways of making things visible and, particularly since the Land Art movement in the 1960s and 1970s (such as the ephemeral works of Richard Long and Robert Smithson) have responded to changes in the natural environment in a variety of forms.

Invisible Dust first project was in 2009 with

and is currently working with the following artists developing new Invisible Dust projects 2010/12:

The artists are collaborating with the following scientific advisors:

The first of these projects ‘in clean air we fly’ by artist Kaffe Matthews was an Electronic symphony that engaged local Primary School children in Gillett Square, Dalston, London. 600 cyclists powered the sound installation to an audience of 1000 on Sunday, 6th December 2009.

Future projects in development include working with the the View Tube, East London, the Institute of Zoology and London Zoo, the University of East Anglia, Norwich, Kings College and St Thomas’ Hospital, London and Department of the Environment, UK (DEFRA), see New Projects

The title is inspired by Philip Pullman’s His Dark Materials trilogy in which dust is said to have a mystical role taking his characters to different worlds. There are many analogies with the great changes we need to make to live a sustainable future, most notably the need to travel without creating air pollution.  The organisation has been set up through Curator Alice Sharp collaborating with Atmospheric Chemist Professor Peter Brimblecombe, whom she met at Tipping Point, and measures air pollution through quantifying the components of dust through time. Invisible Dust is a not for profit organisation and has been awarded a Large Arts Award from the Wellcome Trust for ‘Invisible Breath’ for 2010/11.

Joseph Amato writes about ‘the visible world of dust.’ Amato contests that this informs our ‘perceptions of reality’. The invention of cleaning equipment and the modern day obsession with removing it has changed how we live our lives. Once dust was the smallest thing the eye could see, now our relationship with dust has dramatically changed due to powerful microscopic devices. For scientists, society’s transformation took place in the laboratory through the viewing of atoms, molecules, cells, and microbes; this also defined dust and the physical world for the first time but also our view of the human body and mind.

After the congestion charge was first implemented in Central London the air became cleaner than before the charge had been implemented but no one could see the evidence, it had to be revealed by subtle statistical analysis. On a global scale the ice caps are melting, coral reefs and rain forests are being destroyed.  In order for us to understand the consequences of our actions on the environment as human beings we need to ‘see’ the results. In his research Professor of Atmospheric Chemistry and senior editor of Atmospheric Environment Peter Brimblecombe from the University of East Anglia has discovered that children’s playgrounds are more polluted than the surrounding area due to the exhaust fumes from the parents’ cars at the school drop off. Professor Frank Kelly is also conducting research into how air pollution effects not only our lungs but is a cause of heart disease due to small diseal particles passing into the blood.

How can people understand their own effect on the environment when the resulting gases disappear into the sky? Since the industrial revolution there have been huge gains to society but also the creation of many of the gases that are now poisoning the earth. This project brings together artists and scientists to help illuminate these consequences and bring a sense of something human and fantastical to a very invisible problem.

The mission of Invisible Dust is to encourage awareness of, and meaningful responses to, climate change, air pollution and related health and environmental issues. It achieves this by facilitating a dialogue between visual artists and leading world scientists. Invisible Duststrives, through its creation of high impact and unique arts programmes, alongside new scientific theories, to create an accessible, imaginative and approachable forum and stimulus through which to promote positive public action.

Our works seek to raise awareness of the key climate change imperatives and objectives now being tackled by National and International Governments, Policy Makers, Charities, NGO’s, Global Corporations, Investors and Consumer groups, by providing a physical and imaginative manifestation of the key messages and driving a meaningful response to them.

In order to deliver this, primarily we: