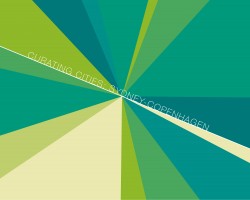 Drawing on case studies from around the world, the Curating Cities project assesses the ongoing and potential contribution of public art to eco-sustainable development and the benefits to Sydney and cities in general.  The project provides a rubric for public art in relation to the fundamental domains of sustainable planning: energy, water, food and waste.

A vital part of the project, the Curating Cities: Sydney to Copenhagen Conference will address the demands on the cultural sector in the face of climate change; namely the need to develop sustainable cities and raise questions about the role of public art in urban ecology. Bringing together artists, designers, curators, educators and creative thinkers the conference will propose new strategies of change toward the fundamentals of urban sustainability.

The conference organized by the National Institute for Experimental Arts, UNSW in association with the City of Sydney, the Danish Arts Agency and the Visual Arts and Design Educators Association. The conference will be opened by Sydney Lord Mayor Clover Moore and Lord Mayor of Copenhagen Frank Jensen. For more details and full list of speakers please visit http://curatingcities.org/conferences/curating-cities-sydney-copenhagen

The Curating Cities: Sydney to Copenhagen Conference is held in conjunction with a keynote exhibition that highlights the fundamentals of sustainability: carbon reduction, consumption, and food production. The exhibition (17 Nov – 18 Dec 2011) will be a showcase five influential projects that evoke the city as part of an ecology affected by human action. For more info please visit http://curatingcities.org/exhibitions/curating-cities-sydney-copenhagen 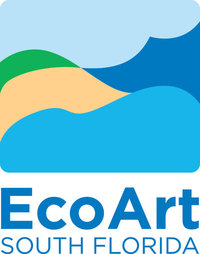 Why does South Florida need EcoArt?

It seems self-evident that the kinds of environmental crises we face worldwide require that we tap a multiplicity of knowledges. To infuse societies with sustainability-enhancing scientific innovations, culture must be both mobilized and transformed. And communities and the general public must be inspired and educated to pursue serious and committed environmental stewardship. Artists are the expert innovators and creative thinkers most engaged with the art knowledge and cultural integration skill that help to create the cultural glue holding societies together. Art and science, as twin knowledge forms, must be tapped in tandem to create the wisdom, and activate hope, that underpin sustainability.

But not just any art will do. EcoArt SoFla will seek support for and promote artists whose practices are inspired by the precepts of Joseph Beuys’ “social sculpture” and address environmental problems with creative combinations of conceptual art, process art, connective aesthetics, participatory and socially engaged practices, phenomenological and eco-philosophies, direct democracy processes and other social/aesthetic forms and techniques.

EcoArt SoFla seeks nothing less than development of a large contingent of ecoartists committed to staying in South Florida and who are, or wish to become, master cross-disciplinary learners and social system choreographers, skilled at drawing into the collaborative creation of ecoart stakeholders from grass roots community organizations, scientific institutions, public policy agencies and pioneering philanthropic entities. EcoArt SoFla will dedicate itself to development and promotion of the best ecoart projects: those that engage and mobilize community while employing, enhancing and melding techniques, knowledge and wisdom from landscape architecture, environmental biology and chemistry, planning and engineering and many other disciplines, and collaborating with their practitioners, while drawing from the deep roots of art history and the broadest lexicon of aesthetic methods.

Updates and blogs: http://www.niea.unsw.edu.au. Pre and post HotHouse events can be followed on a dedicated HotHouse website to be launched in July 2010.

HotHouse brings together a diverse group of creative thinkers, each with visionary ideas for transforming urban environments. It seeks to cultivate a new cultural ecology in which the arts play a key role, working with the planners and users of city spaces to address urgent environmental problems.

HotHouse advances the proposal that we no longer curate art but curate space. Taking the city as a venue it replaces the traditional idea of ‘exhibiting’ art with a practical vision of art as a catalyst for social and environmental change.

The guiding principle of HotHouse is that of micro-change and universal, networked participation. Micro-change does not mean small change but networked or interconnected change with vast potential for expansion. The HotHousing process is designed to stimulate new projects, connections and local/transnational community collaboration.

HotHouse is an initiative of the National Institute for Experimental Arts [NIEA] at UNSW (Director, Jill Bennett; Chief Curator, Felicity Fenner) in association with Object: Australian Centre for Craft and Design and the City of Sydney.