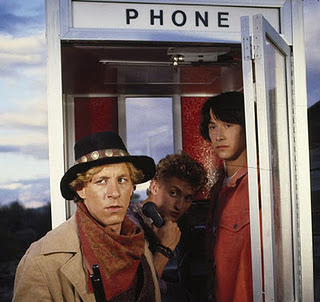 Solitaire Townsend, co-founder and director of Futerra, the sustainability communications agency, draws on sex, Shakespeare and the party spirit for three new metaphors for sustainability

I’ve heard hundreds of definitions and metaphors for sustainability. For a decade my company Futerra has been communicating this precious, complicated, simple idea in communities, through brands and across continents. So I’ve picked three favourite metaphors which sandwich the sublime between two moments of the ridiculous.

The first is courtesy of my co-founder at Futerra the guru, professional comic and activist Ed Gillespie. This one comes with humour warning…

“Sustainability is like teenage sex. Everybody says they are doing it, but very few actually are. And those which are doing it – are doing it wrong.”

Ed loves opening conference speeches with that one.

The second isn’t really a metaphor but rather a poetic description of climate change. It’s the famous ‘Weather Speech’ by Titania from Shakespeare’s A Midsummer Night’s Dream (Act 2, Scene1):

The winds, piping to us in vain,
As in revenge, have suck’d up from the sea
Contagious fogs; which falling in the land
Have every pelting river made so proud
That they have overborne their continents:
The ox hath therefore stretch’d his yoke in vain,
The ploughman lost his sweat, and the green corn
Hath rotted ere his youth attain’d a beard;
The fold stands empty in the drowned field,
And crows are fatted with the murrion flock;
The nine men’s morris is fill’d up with mud,
And the quaint mazes in the wanton green
For lack of tread are undistinguishable:
The human mortals want their winter cheer;
No night is now with hymn or carol blest:
Therefore the moon, the governess of floods,
Pale in her anger, washes all the air,
That rheumatic diseases do abound:
And thorough this distemperature we see
The seasons alter: hoary-headed frosts
Far in the fresh lap of the crimson rose,
And on old Hiems’ thin and icy crown
An odorous chaplet of sweet summer buds
Is, as in mockery, set: the spring, the summer,
The childing autumn, angry winter, change
Their wonted liveries, and the mazed world,
By their increase, now knows not which is which:
And this same progeny of evils comes
From our debate, from our dissension;
We are their parents and original.

That in the 1590’s Shakespeare wrote the most chilling description of climatic upheaval inspired Ed and I to shoot a short film of the speech. Called ‘The Season’s Alter’,  it stars a young Keira Knightly.

The final example is my most often used. When asked to define or explain sustainable development I don’t call upon the great Bard, but rather upon Bill S. Preston, Esquire and Ted Theodore Logan:

“Be excellent to each other, and party on dudes.”

Artist-in-residence at UCL’s Environment Institute Martin John Callanan has completed his artwork A Planetary Order, a terrestrial globe showing clouds around the planet from one single moment in time. Working with satellite data provided by the Institute, he’s created a 3D representation of the data to portray this thin mantle of water vapour that shields the earth. This delicate, pale globe will be on public display soon at the institute’s Pearson Building. Callanan says, via email:

A Planetary Order is a terrestrial globe showing clouds from one single moment in time, thereby subtly highlighting the fragility and interdependence of the Earth’s environmental systems.”

The Globe was digitally manufactured (SLS) in a single piece measuring 300mm diameter with clouds scaled to 1-12 km above the Earth’s surface. Landforms are absent from the model, but cloud formations will give glues to the continents located below.

Which -cene Are We In?

Are we heading into an era of a homogonized plant and animal communities, brought on by our global economy that moves everything around, whether it is goods, animals or bacteria and fungus?

In an article titled The Sixth Extinction in the May 25, 2009 issue of The New Yorker, Elizabeth Kolbert writes about the mysterious disappearance of tree frogs from Panama and Costa Rica, which scientists now believe is caused by a fungus that we’ve unknowingly helped jump continents. In the article, I was struck by a term used to refer to the epoch we live in: the homogenocene.

Last year, I made a post about the anthropocene or geological epoch defined by humans. The homogenocene is also all about us and refers to the declining biodiversity and diminishing ecosystems left in the wake of human development. When talking about the natural world, what’s important is to realize that every living thing on earth will have to go through the bottleneck of human development. The assumption now is that many species will die out, leaving us with a diminished natural world David Quamman has called the Planet of the Weeds.

Whatever we call it (my vote is for homogenocene, although it seems that both terms have an extra syllable that makes it hard to pronounce) this is a topic artists have been working with recently, such as the Katie Holten drawing above.

What role can artists take as scientists report on this undergoing mass extinction? One route might be helping understand how to live in this increasingly homogenized natural world, or how to begin carving out localized economies and ways of living. Or making sense of and helping communicate about what is lost.

I have to be honest though, reading about mass extinction makes me feel that almost all artistic effort and work is futile in the face of these global problems. Humans are already the ultimate weed and the planet is simply becoming one giant self-portrait. And rather then tending it like a scruffy garden or arboretum, I’m afraid we might end up with one big lawn.