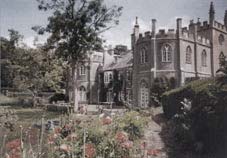 In a departure from its usual structure, BIAW 2010 will focus on organising a 2 day extravaganza open to the public on 21st and 22nd August 2010.

We present Supernormal – a one-off, non-commercial festival investigating the power of arts practice to reshape and reinvigorate the public sphere through
collective action.

16 artists will be selected to work with the co-ordinators over 14 days to create a brilliant fusion of art, music, film, conversation and fun, playing host to a hand-picked line-up of exciting artists and performers.

We are calling for artists who, conscious of the social, economic, environmental and cultural challenges we face in the 21st century, are open to working together in a sustainable and inclusive way to explore arts practice in the context of the public realm.

Deadline for receipt of applications: Monday 3rd May 2010

Deadline October 1 2009NEW LIFE COPENHAGENWooloo.org is organizing the people of Copenhagen to open their homes to 5.000 environmental activists during the United Nations (UN) Climate Change Conference in Denmark this December.Utilizing this large-scale human meeting as its exhibition platform, the NEW LIFE COPENHAGEN festival invites artists and curators to submit work proposals.New Life Happenings. Propose a happening or event for the thousands of NEW LIFE COPENHAGEN hosts and guests during the UN Conference. Your concept should involve collective action and will be implemented alongside works by artist groups Superflex (DK), Signa (DK/A) and Raketa (SE) among others.To learn more about NEW LIFE COPENHAGEN and to apply for participation, go to:http://www.wooloo.org/festivalPARTICIPATE OR DIEFrom December 7th to 18th, 2009, representatives from 192 nations will gather in Denmark for the UN Climate Change Conference to reach an agreement on a new global climate treaty to replace the Kyoto Protocol. In addition to the large number of official UN delegates, thousands of activists and Non-Governmental Organizations are bound for the conference which has been called: “Humanity’s last chance to combat a climate problem that is now all but overwhelming.” (Tim Flannery, Scientist and environmental activist).However, there will not be enough hotel space to accommodate most of these visitors, as all hotels in Copenhagen and the surrounding area (including Sweden) have already been booked for the official delegates. Furthermore, even if they were available, many visitors from all over the world would not be able to afford them anyway.In order to help solve this substantial problem, NEW LIFE COPENHAGEN is running a volunteer-based campaign to get private Danish homes to open their door to the thousands of visitors. Through street campaigns and collaborations with local organizations, NEW LIFE COPENHAGEN aims to reach this goal by November.ANOTHER WORLD IS POSSIBLE?At the end of Al Gore’s film “An Inconvenient Truth”, Gore lists ten simple life rules to combat global warming. These include using less hot water, recycling more, etc. While Wooloo.org supports this sustainable thinking, we also believe that the real problem will not be solved by asking individuals to modify their behavior but only through addressing the wrongs of a global economic system that thrives on exploiting natural resources and people.Seen in this way, the climate crisis is not just a threat but also an opportunity: The opportunity to create transnational commitment around radical re-thinkings of a destructive system. The first step to create such change, is to develop alternatives to the current system and our existing cultural codes.That is our mission with NEW LIFE COPENHAGEN.By asking artists to develop happenings and reflections for a new life – and then request that thousands of participants implement them – Wooloo.org aims beyond the traditional art exhibition to become an active organizer of experiments in civic engagement and social empowerment.PEOPLE BEHINDNEW LIFE COPENHAGEN is organized by the artists-run community Wooloo.org.Founded in 2002, Wooloo.org is today used by more than 13.000 artists from over 140 countries. Wooloo.org projects have been presented in such places as: Artists Space (USA), White Box (USA), Basel Kunsthalle (Switzerland) and the Third Guangzhou Triennial (China).For more information, see http://www.wooloo.org and http://www.wooloo.org/festivalFor further questions about NEW LIFE COPENHAGEN or Wooloo.org, please contact Martin Rosengaard; email: contact@wooloo.org / phone: +45 6171 6101, Wooloo.org, Pastursvej 46, DK-1778 Copenhagen V.