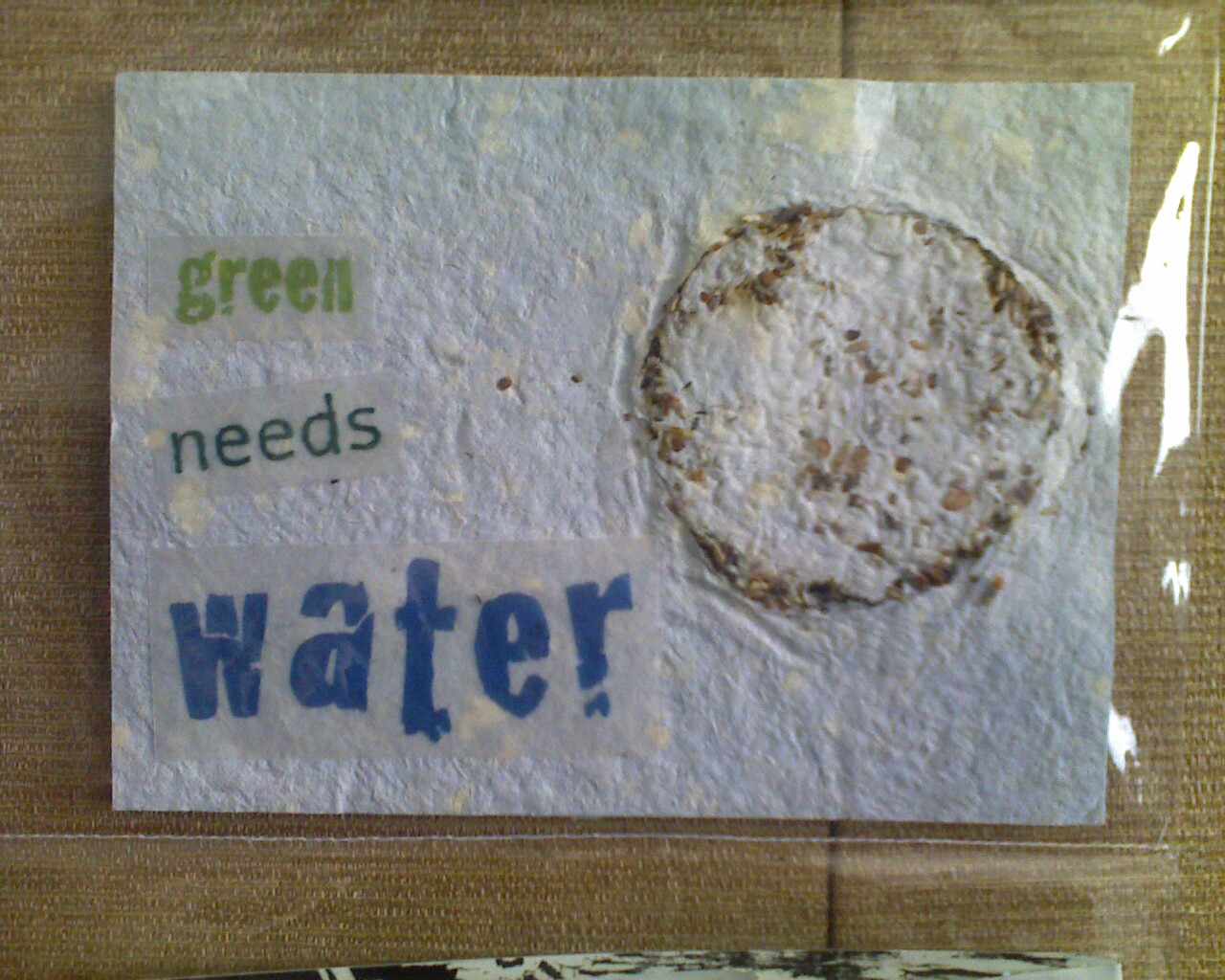 Have I made it clear? I’m a conference junkie.

Ain’t nothing better than being in a room full of smart people and listening to them talk about the smart things they’ve done. With smart words and smart brains. And especially now, when the green conferences are sprouting up every-which-where, like volunteer plants or something, you can listen to the experienced and the earthy-heroic, all at once. Smart and savory, your basic brain food.

But, unlike most green, super green, shiny-slick-looka-me-green conferences (and boy, do I love those), the producers of the Elements Eco Art Conference were exclusively women, and women with a very clear stated agenda: they were The Northern California Women’s Caucus for Art.

That official part explains the special certificate bestowed upon the conference by Assemblywoman Nancy Skinner. But it also explains the style of the conference itself. Held in the shiny-green David Brower Center, bereft of plastic bottles but packed with compostables and a small altar, Elements was a gathering of some of the women who have been doing this eco-art thing for a long time. In some cases, 10 years. In some cases, 40. In most cases, before you figured out that it was a pretty cool thing.

And so we heard from Susan Leibovitz Steinman and the Recology Artists in Residence. And so we heard from Tierney Thys and Andree Singer Thompson. In the meantime, the presenters talked through a stream of technical glitches, and you could make art postcards and trade them, and we all looked under our seats when somebody lost a notebook. Because despite the fact that much of the work discussed was ground-breaking, iconic or simply Hella Good, the focus never strayed from its purpose. That we were here for the art, not the artist, that we were gathered for a purpose, not a form.

Now, don’t get me wrong. Nobody was barefoot. There were no drum circles. There was a bit of a libation, but no sage. The refreshing thing lacking was the ego. The puffed-out-chest of “I’m smart and here to talk about my smartness.” Which I usually love. It was refreshingly absent. It was, simply, all about the work, and the places the work was from.

Maybe it’s just humbling when your power-point doesn’t work, or when you know everyone in the room by name, or when you just get to make art in service to the planet. And it doesn’t have anything to do with being a lady. But regardless, Leibovitz-Steinman said a smart thing: “Many young women today think they don’t need to be feminist . . . but the fact is we’re standing on the shoulders of these women.” She’s got a chart that lays it all out for you, all the way back to Silent Spring, the work of another grounded woman. Was she even a feminist?

I’ll be taking tomorrow to go over more of the smart details, but for now, my brain is fed.