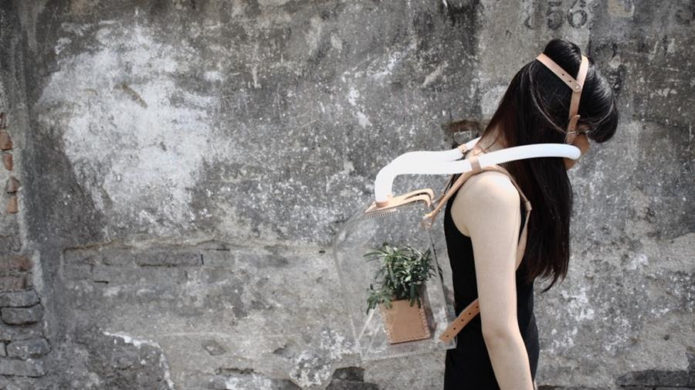 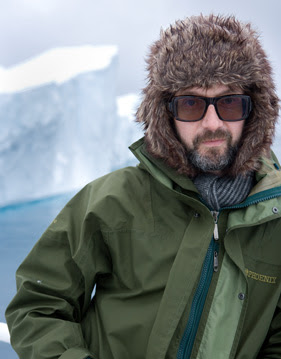 Cape Farewell has been the cultural partners with the Tidal Lagoon since the get-go four years ago.  Last week Tidal Lagoon got the green light from a Government commissioned report heralding in the possibility of a nation-wide Tidal Energy programme. Clean guaranteed energy, which could supply 12% of UK energy needs over time – tide in, tide out for 120+ years.

Part of Utopia 2016: A Year of Imagination and Possibility 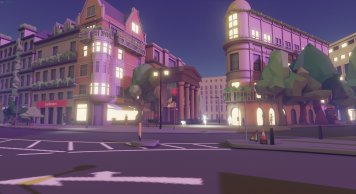 Energy Renaissance: A Visionary Partnership between Technology, Science and Culture

This experience will allow visitors to virtually interact with the physical environment of The Strand – the busy area surrounding Somerset House. Through the implementation of behavioural, scientific and technological changes, individuals will transform and de-carbonise their city into a greener, more peaceful neighbourhood, that no longer poses a threat to health nor contributes to climate change.

Across the world, scientists, environmentalists and entrepreneurs are taking up the challenge of pollution and climate change – carbon neutral urban environments are easily achievable – the Energy Renaissance project places individuals at the centre of London’s evolution, where their actions form vital steps towards this feasible, safer and healthier post-carbon urban future.

The project draws on gaming, immersive theatre, and stunning graphics to create a visceral experience, not one set in a fictional future but one that is inspired and informed by present day reality.

Energy Renaissance is part of Utopia 2016: A Year of Imagination and Possibility. Utopia 2016 is a collaboration between three neighbours: Somerset House, King’s College London and The Courtauld Institute of Art, in partnership with The British Library, the AHRC, and the British Council. The London School of Economics will also engage many of the 300 plus creative organisations, artists and makers resident at Somerset House.

Full details will be available at www.utopia2016.co.uk

Energy Renaissance is a varied ongoing programme that brings together the world’s best expert informers and creatives, to develop informed blueprints of what a carbon neutral society would look like.

Tidal Lagoon – We are the cultural partner to the Swansea Tidal Lagoon project – a 250MW power plant that will produce 120 years of clean energy, granted planning permission in July 2015. Cape Farewell is responsible for the commissioning and management of the world’s first ‘Tidal Lagoon Sculpture Park’ ready for launch in 2021. Visitors will explore, enjoy and embrace the beauty, possibilities and benefits of clean energy through the 9 surrounding, monumental, educational art works produced as part of Energy Renaissance.

Earth Can You Hear Us – We also partnered with 100% renewable energy company Good Energy to build an engagement programme promoting the switch to renewables with the general public, leading to ‘Earth Can You Hear Us’ – a major event as part of our Global Climate Festival,ArtCop21. 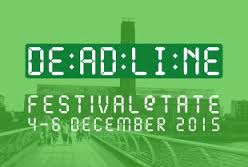 Platform London is curating an unauthorised arts festival inside Tate Modern on 4-6 December.[1] Deadline Festival @Tate marks the middle weekend of the COP21 UN climate talks in Paris and the start of Tate’s final year of BP sponsorship under the current deal.

Festival curator Mika Minio-Paluello said “Deadline Festival will be cheeky, serious and unauthorised, and marks Tate’s one year deadline to come off BP sponsorship. We will use Tate’s gallery spaces to debate London’s responsibility to break with fossil fuels and our colonial heritage. We’re bringing together artists and actors, professors and politicians to explore the creative process of building a fossil free culture.”

Tate’s controversial sponsorship deal with BP runs from 2012-2016. Earlier this year, a three-year freedom of information court battle forced Tate to reveal that historically BP’s sponsorship fees amounted to £150,000-£330,000 a year – under 0.5% of Tate’s annual budget.[2]

In September, over 300 artists and cultural organisations including London’s Royal Court Theatre signed a commitment to reject fossil fuel funding.[3]  In November, the Science Museum confirmed that Shell is being dropped as sponsor of its climate change exhibition.[4]

Tate director Nicholas Serota has publicly confirmed that Tate Trustees will be reconsidering BP sponsorship during 2016.

Anna Galkina of Platform added “We’re posing a mainstream cultural challenge to oil sponsorship of our arts. As politicians gather in Paris to discuss planetary deadlines for coming off fossil fuels, and London debates its own role, Tate risks being left behind.” 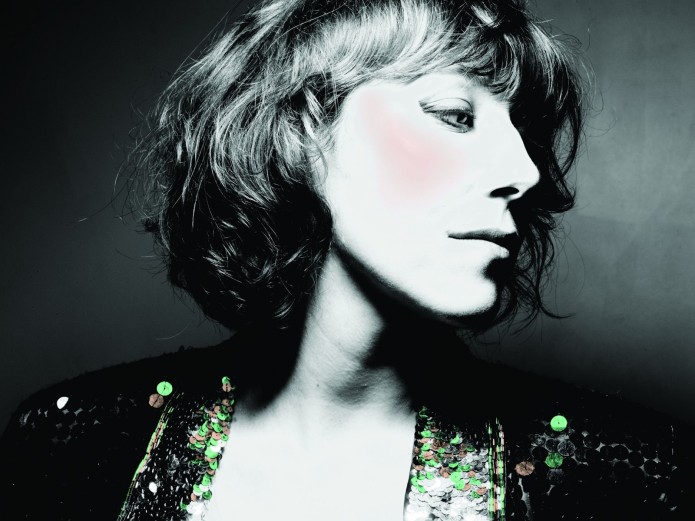 In 2008 Martha Wainwright joined the Cape Farewell expedition to West Greenland along with fellow musicians Feist, Laurie Anderson, KT Tunstall and other artists and scientists.  On this extraordinary journey she composed a new song which she will perform.  Cape Farewell director David Buckland will show film clips of the expedition and join Martha in conversation to discuss with Tom Rand the issues climate change, the Arctic reality, and the important perspective artists bring to this important subject.

David Buckland created and now directs the Cape Farewell Project, he is a designer, artist and film-maker.

Tom Rand is a global thought leader with a recognized record of extraordinary achievement in the promotion of a low carbon economy. A green entrepreneur, investor, advisor, public speaker, and author, Rand’s ambition is to help bring clean technology to life. Tom is: the Cleantech Senior Advisor at MaRS Discovery District; the founder and director of VCi Green Funds; Managing Director of ArcTern Ventures; a co-developer of Planet Traveler, the “greenest hotel in North America”; and the author of both Kick the Fossil Fuel Habit: 10 Clean Technologies to Save Our World and recent bestseller Waking the Frog: Solutions for our Climate Change Paralysis.
Tom speaks publicly about the issue because it is his belief that we have yet to have a serious, public conversation about the threat of climate change, and the economic opportunities afforded by the global transformation to a low-carbon economy.

SEA CHANGE 2013: Next week 27 international and Scottish artists and scientists will set sail across Orkney and Shetland to explore climate change impacts, adaptation and resilient behaviours among Scotland’s island communities

On 19th August Cape Farewell’s second Sea Change expedition will set sail around Scotland’s Northern Isles.  27 leading artists and scientists will explore technologies, projects and practices supporting the resilience of Scotland’s island communities, ecologies and cultures. First launched in 2010 Sea Change is a four year programme that brings together artists and scientists to investigate the relationship between people, place and resources and what it means to care for one’s ‘place’ in the context of climate change.  This latest expedition, and the 2011 voyage, will form the basis of a major exhibition at the Royal Botanic Gardens, Edinburgh in November 2013, bringing together for the first time the work of artists and scientists who sailed to the Western and Northern Isles of Scotland as part of Cape Farewell’s Sea Change project.

27 artists and scientists, including the dramatist Bryony Lavery, singers Karine Polwart and Inge Thomson, visual artist Ruth MacLennan, textile artist Deirdre Nelson, photographer Jennifer Wilcox, artist and sculptor John Cumming and the sailor Jo Royle – best known for sailing from America to Australia in a catamaran partly made from plastic bottles – will sail on the 113-year-old community owned Shetland Fifie ‘The Swan’ around Scotland’s most northerly coasts and islands. They will visit on and off shore renewable energy sites on Orkney and Shetland, artisanal and commercial fisheries, Fair Isle’s Bird Observatory, archaeological sites, and local art centres and community projects based on stewardship of the island’s terrestrial and marine ecologies, economies and cultures. To find out more about the expedition visit www.capefarewell.com/2013expedition

Brought together by Cape Farewell, which has been at the forefront of climate change art since 2001, the aim is to investigate the multiple impacts of climate change on the cultures and ecologies of Scotland’s island communities, and their approaches to sustainability, resilience and the concept of ‘faring well’ in times of change.  Islands are significant repositories of the world’s terrestrial and marine biodiversity and home to one tenth of its human population. Their ecosystems are diverse, complex and extremely fragile. Over the last century island biodiversity has been subject to increasing stresses associated with invasive species, resource depletion, pollution and climate change.

The Northern Isles of Scotland are made up of hundreds of miles of spectacular coastline, one of the world’s largest peatlands, important seabird colonies and magnificent landscapes shaped by thousands of years of human interaction with the environment. These outlying ‘bellwether’ islands are vulnerable to extreme weather events and to the economic impacts of the decline of habitats and species vital to local industries and tourism. However, the islands have become pioneers in terms of sustainability programmes, wind, wave and tidal technologies and adaptation projects, and they offer exciting, new approaches to the relationship between place, stewardship and community.

Leading the voyage is Ruth Little, Cape Farewell’s associate director. She said: “Like boats, Scotland’s island communities and ecologies offer palpable and symbolic evidence of the reality of resource constraint; the relationship between needs and limits that is the stuff of climate change.  These islands, with their exposure to natural forces, deep human histories and rich and fragile ecologies, remind us that we face the same challenges across the planet. Together the artists and scientists will explore community projects that strive to deliver economic, social and environmental diversity and resilience. ‘Their journeys will help shape new art-science collaborations, residencies and projects which will culminate in exhibitions and events in 2013 and 2014.”

Textile artist Deirdre Nelson said: “I joined the expedition as I am interested in ways that artists and scientists can develop ideas together in order to draw attention to issues concerning the environment, community and climate change.  I am looking forward to exploring the seas and islands around Shetland – this will provide a rich learning experience and new insight into islands I have had a connection with for some time through research into textiles there.”

The boatbuilder Ben Duffin said: “As a traditional boatbuilder working with long term unemployed people in Glasgow with the GalGael Trust I have a strong interest in community development, maritime heritage and social resilience. A chance to explore these themes from the deck of a traditional boat was too good to pass up.”

Artist Ursula Biemann said: “After doing fieldwork in desert zones of northern Africa for several years, this will be the first opportunity for me to head north and do a project at Sea. I would like the ancient land and seascapes to take me back six thousand years when rising sea levels submersed the first settlements along Shetland Island’s shores. This post-glacial period resonates beautifully with today.”

Cape Farewell is a pioneering arts programme set up by artist and photographer David Buckland in 2001.  It works in partnership with scientific and cultural institutions to deliver an innovative programme of public engagement – challenging audiences to think differently  about climate change and the natural systems we inhabit. The organisation has worked with over 140 world-renowned artists, musicians and writers, including Rachel Whiteread, Jarvis Cocker, Ian McEwan, Yann Martel, Sophie Calle, Marcus Brigstocke and Antony Gormley which has resulted in the creation of a broad range of climate focused art and public dialogue. More information about future projects and exhibitions can be found by visiting www.capefarewell.com