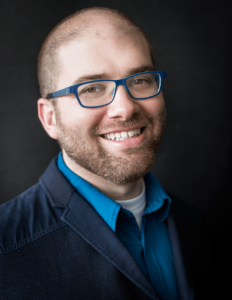 Ian Garrett is designer, producer, educator, and researcher in the field of sustainability in arts and culture. Ian is the co-founder and director of the Center for Sustainable Practice in the Arts (CSPA), a leader in the conversation on sustainability and the arts, and is an Associate Professor of Ecological Design for Performance at York University in Toronto.He is a member of USITT, OISTAT and ADC, and is curator for the US entry into the 2019 Prague Quadrennial.

Ian’s writing include the monograph Arts, the Environment, and Sustainability for the Americans for the Arts’s New Community Visions Initiative; The Carbon Footprint of Theatrical Production, published in Readings in Performance and Ecology, from Palgrave McMilian, and the paper Theatre is No Place for a Plant in Landing Stages from the Ashden Directory. Garrett chaired the conferences Sustainability in Theatre and Staging Sustainability, 2014, and served as sustainability programme coordinator for World Stage Design in Cardiff, Wales. At WSD 2013 he led the selection committee for the temporary sustainable theatre project built for that event, the Willow Theatre. .

He has spoken on arts and the environment, arts infrastructure, and new models of training  at conferences hosted by St. Louis University, Brown University, Live Design International, Theatre Communications Group (TCG), DanceUSA, the Association of Performing Arts Presenters, Americans for the Arts, and the Western Association of Schools and Colleges (WASC). In 2007, he received the Richard E. Sherwood Award for emerging theater artists from the Center Theater Group (CTG) for the integration of ecologically sustainable practice into theater production. In 2009 and 2010 respectively, Ian traveled to COP15 in Copenhagen and COP16 in Cancun to document the artistic responses to these global climate talks. With the CSPA, he has been featured in American Theatre, DramaBiz, and on Inhabitat.com.

Ian maintains a design practice focused on lighting, with work in scenic and video design. Recently he designed the set and energy capture systems for Vox:Lumen from Zata Omm Dance Projects, a full length dance production which premiered in March 2015. In October 2014, he designed the video systems of Ravine Portal, DTAH Architects’ installation for the Storefront for Art and Architecture’s Toronto Site. Previously, he served as the lighting curator for Scenofest at the 2011 Prague Quadrennial, and is the resident designer for the Indy Convergence, an annual artistic open-space in Indianapolis. He received the 2006 LA Weekly Theater Award for best lighting for Permanent Collection at the Kirk Douglas Theatre,  was the lighting designer for Song of Extinction with Moving Arts, which won the 2008 LA Weekly Theater Award for Production of the Year, and has been involved with over 100 other theatre productions. Some notable projects include working on the lighting team for the Crimson Collective’s Ascension, a 150’ wide, origami-style crane sculpture at the 2010 Coachella Music Festival; events on the veranda at the Alden Hotel for a Houston Grand Opera O.N. event; and rewiring the DiverseWorks Gallery for Claude Wampler’s  PERFORMANCE (career ender) installation.

As a producer, Ian worked on the premier of Richard Foreman and Michael Gordon’s What to Wear at REDCAT and produced the Prague tour for Torry Bend’s puppet adaptation of Aimee Bender’s Loser. He has produced over a dozen shows at the Edinburgh Festival Fringe including Marsian De Lellis’ Growing Up Linda, Katie Shook and Erik Ehn’s One Eye Gone, and At Sundown—a physical theater piece on aging and memory that he initiated. In Los Angeles, he produced the hit Gogol Project with the Rogue Artists Ensemble and Leiris/Picasso with Brimmer Street Theatre Company, both at the Bootleg Theater. In Houston, he produced Week 42 of Suzan-Lori Parks’ 365 Days / 365 Plays. He was an associate producer on The Medea Project, a cross-cultural production of Medea in Athens and Los Angeles.

Ian has previously served as the Executive Director of the Fresh Arts Coalition, an arts service organization focused on awareness and marketing in Houston, TX, and as consultant and interim staff for the LA Stage Alliance, a regional arts service organization serving more than 350 non-profit performing arts companies in Southern California. He has also served as group sales associate for Stages Repertory Theatre in Houston, spent the 2007 Fall/Winter season with DiverseWorks, and was patron services manager for the Will Geer Theatricum Botancium in Topanga, CA.

For four years, Ian taught in the School of Theater at CalArts, including courses on production and management technology and sustainable practice. He has also lead communications for the School of Theater, developing its web identity and digital infrastructure. He continues to produce their annual Edinburgh Program, bringing student and alumni work to the Edinburgh Festival Fringe.

Ian received dual MFAs in Lighting Design and Producing from CalArts, and has a BA in Architectural Studies and Art History from Rice University.