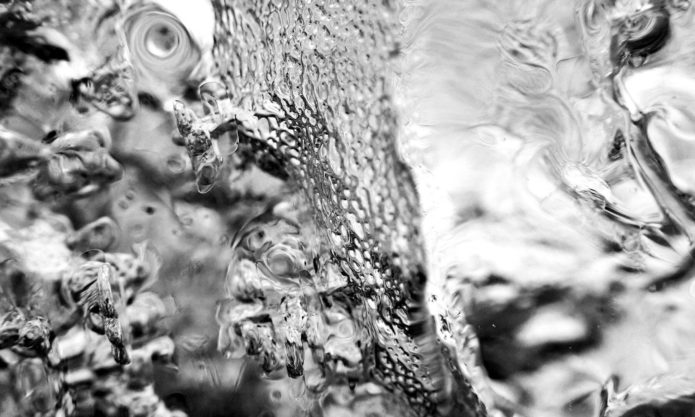 In June of 2017, New York photographer and painter Carleen Sheehan boarded the tall ship Antigua bound for the High Arctic as part of a three-week residency for international artists, scientists, architects and scholars. Sponsored by The Arctic Circle, the residency provides an opportunity for 30 participants to explore the Svalbard Archipelago, located 500 miles north of Norway, and develop new and often experimental work in response to the Arctic landscape.

Prior to being accepted for the expedition, each of the participants submits a project proposal that provides an overview of what they want to accomplish. Sheehan had long admired 19th century “ghost” photographs, in which unintended flares or blurs occurred during processing, creating “ghost” images. Her original concept for the residency was to capture the shadows of glaciers or what she referred to as the “ghosts” or memories that glaciers held. Upon arrival, though, she discovered that she wasn’t able to capture ice shadows via the cyanotype process she had planned to use, because the intensity of the twenty four hour solstice sunlight melted her ice samples too quickly. Shifting from her original idea, she began literally crawling on the ground, looking closely at the terrain and ice and shooting what she saw with her cameras. What she ultimately discovered serendipitously became the basis of powerful and impactful bodies of work.

Sheehan developed several series of innovative photographs during the Arctic expedition. The series called Glacial Cosmologies was created by sliding the flat lens of a waterproof camera along the surfaces of pieces of ice found on the shore that had broken off or “calved” from melting glaciers. This scanning process captures the intricate internal structures, called Tydall figures, underneath the surface of the ice that are not visible to the naked eye. John Tyndall, a 19th century Arctic explorer and physicist, had first noticed the forms occurring in melting glacial ice as air bubbles trapped in the ice reacted to the intense heat of the solstice sun by releasing gases such as methane and CO2, as well as pollens and pollutants from previous centuries.

What Sheehan photographed are the forms that occur just before the ice melts, the bubbles in the ice that burst or “bloom” into shapes resembling flowers. She both reveals the invisible and preserves ephemeral moments in the history of the planet. By providing the viewer with a micro-view of elemental structures that appear repeatedly in nature, she is also emphasizing our inherent interconnectedness. All of the images in the series are printed on metallic silver paper, which, from certain vantage points, recreates the experience of ice glistening in the sun over the Arctic landscape. The Glacial Cosmologyphotographs are ultimately mystical, mysterious, reflective and requiring reflection.

The dictionary definition of the word “chalk” is “soft white limestone (calcium carbonate) formed from the skeletal remains of sea creatures.” Sheehan’s photographs in her Chalkseries were taken along the perimeter of a secluded cove in Hvitfiskstranda, Svalbard, and depict large piles of beluga whale bones exuding chalk that were discarded from whale hunts over a century ago. The bones have been cleaned and arranged in a number of dense piles. Using an infrared camera, which detects heat generated by an object and then converts it into an image, Sheehan created photographs where the bones appear as if they are abstract formations suspended in space. As in her Glacial Cosmology series, she developed a dramatic memorial to what no longer exists.

In her Ice Fall series, Sheehan photographed and printed individual pieces of calved glacial ice that had washed ashore as if they are falling from the sky. Installed as a series, the photographs measure 8 ft. high x 20 ft. long. Sheehan related to me her interest in the “fractal nature of ice,” the elemental patterns contained within it that appear in nature over and over again. It is these patterns, she says, that connect “everything to everything.” Looking at these lone pieces of ice that are in the process of melting away and disappearing, we can just as easily imagine a meteor, a small body of matter from outer space, entering the earth’s atmosphere and burning into nothing.

Since her return from the Arctic, Sheehan’s photographs have been shown in a number of exhibitions. In 2018, her work was included in the group exhibition Art for Arctic’s Sake, curated with JoAnna Isaak at Fordham University, where she has taught since 2007. The exhibition included eleven prominent eco-artists whose photographs, videos, projections, and films address, as the exhibition catalogue describes, “the profound impact climate change is having upon the sensitive ecosystem of the Arctic and the communities that rely upon the region’s natural resources… For many of us, the Arctic remains abstract and distant, but the work of the artists in this exhibition brings the Arctic and the disconcerting changes taking place there to our immediate attention, revealing the epic scale of global interconnectedness.”

Sheehan’s work is currently included in Change: A Permanent Ship-Based Polar Art Exhibition aboard the National Geographic Endurance, a brand new polar expedition vessel. Curated by internationally acclaimed New York artist Zaria Forman, Change occupies each deck of the ship and explores “the themes of polar light, the intimate geometries of vast geographies, human history in polar regions and more.” Prior to the pandemic, the Endurance’s voyages in 2020 were scheduled to include Iceland, Antarctica, South Georgia and the Falklands, East Greenland and Norway, the wild coasts of Argentina, the High Arctic, the Russian Arctic, the Northeast Passage and Southern Patagonia.

All of Sheehan’s photographs are labeled with a name and the location where they were taken, telling a story about a particular place and time. She admits to being interested in disarming viewers with the ambiguity of the images she takes in order to encourage them to look at the photos with a different perspective, just as she was disarmed when she first experienced the Arctic landscape. As she describes it, she was totally disoriented by the sheer scale of the place and needed to reassess her place in it. Whereas many of the artists confronted by the Arctic’s grandeur try to capture that enormity, Sheehan ultimately turned to the micro-scale examples of invisible and visible natural wonders that are disappearing every day. For that reason, in addition to her role as an artist, she is serving as an historian of record as well as an heiress to the tradition of polar exploration.

This article is part of Imagining Water, a series on artists of all genres who are making the topic of water and climate disruption a focus of their work and on the growing number of exhibitions, performances, projects and publications that are appearing in museums, galleries and public spaces around the world with water as a theme.

Susan Hoffman Fishman is a painter, public artist and writer. Her work has been exhibited in numerous museums and galleries throughout the US and she has received numerous grants and commissions. Since 2011, all of her paintings, installations and drawings have focused on water and climate change. She co-created a national, interactive public art project, The Wave, which addresses our mutual need for and interdependence on water and has inspired thousands of adults and children of all ages, abilities and backgrounds to protect this vital resource. Her most recent body of work calls attention to the growing number of rampikes along our shores – dead trees that have been exposed to salt water as a result of rising tides.