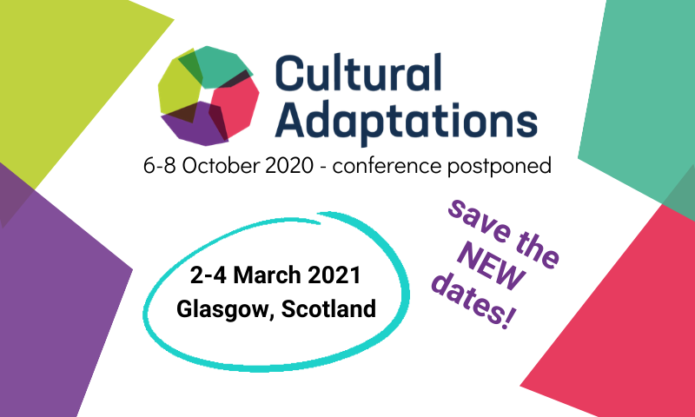 Dates for the international Cultural Adaptations conference have been changed due to the COVID-19 pandemic.

The conference, which aims to share the learnings from the Creative Europe-funded project over three days of presentations, workshops and networking, will now take place from 2nd to 4th March 2021.

Cultural Adaptations is a Creative Europe project, led by Creative Carbon Scotland with partners in Scotland and three EU countries, on culture’s role in society’s adaptation to climate, and the Adaptation issues that cultural organisations need to think about. Four cultural organisations are exploring collaboratively how this approach can work in countries with similar climate challenges but differing socio-political frameworks. Each cultural partner is working with a local adaptation partner.

Read more about the postponement and the Cultural Adaptations project itself.

More information about the conference

We encourage cultural organisations in Scotland and further afield to team up with an adaptation organisation to attend this exciting conference together and find inspiration for your own projects and initiatives. And, vice versa.