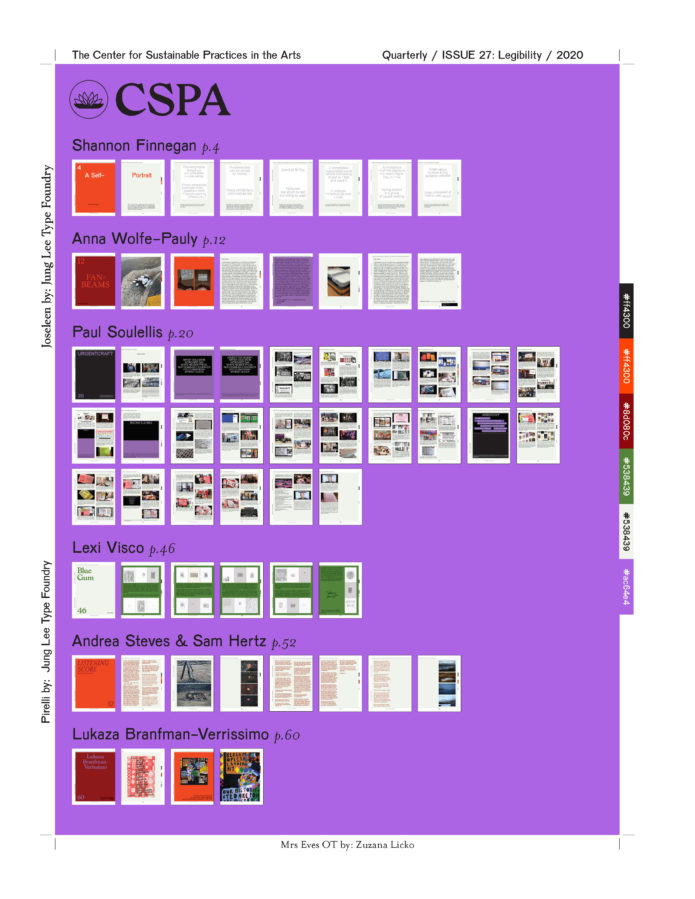 An opening up of and gathering of discourse around the concept of legibility. Who and what can be read and defined? And how easily? What should be made visible and accessible, determinate, and what should remain in the registers of ambiguity and contingent understanding?

Reaching for Jack Halberstam’s use of the term legibility in “The Queer Art of Failure,” and placing it next to technology and the rendering of the climate as legible to better predict and understand its behavior, bodies and genders resist the legibility of being easily defined and determinate to governing bodies and power, while we are scrambling for more clear legibility of our environments, positioning the body in contention with the atmosphere it’s amidst. Contributions to the journal will be suspended between these two ideas, questioning the foundations on which we perceive the legible, and who it benefits. ISSUE TAKEOVER by Calvin Rocchio.