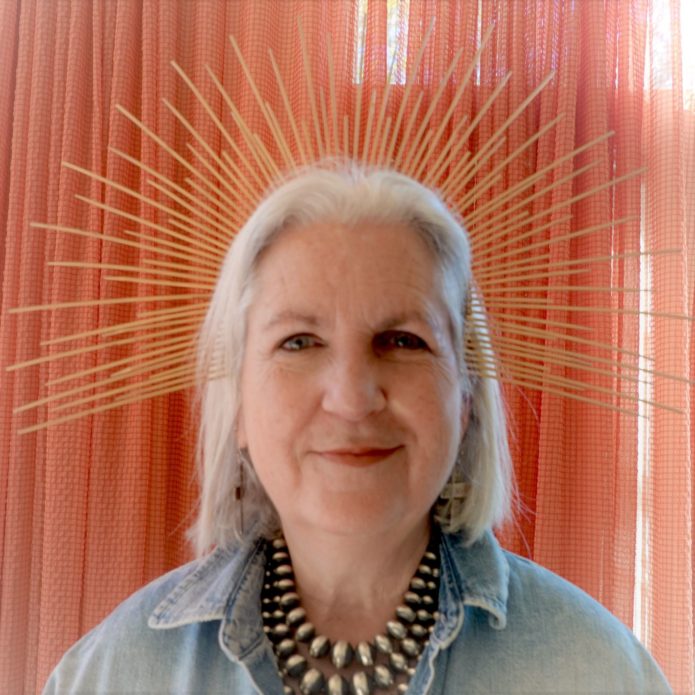 “What I want you to know is that this land matters to me,” Terry Tempest Williams began to a packed auditorium on January 24 at the Historic Fifth Street School, open to the general public. She recounted how her early activism started in Las Vegas against the Nevada Test Site (NTS). At one point, she was protesting at the test site and was detained. An officer frisked her and removed her pen and notebook from her boot, asking what they were. “Weapons,” Terry replied. At that moment, she became a writer.

“Story is the umbilical cord between the past, present, and future.” Terry Tempest Williams

Today, Terry is an advocate for conservation issues across our national landscape with special emphasis on the desert southwest, which she calls home. She has written articles for a variety of publications, including the New York Times, Orion, and the Los Angeles Times. Her latest book, Erosion, published in October of 2019, encompasses her love and appreciation for public lands as well as her spiritual tie to land and family. She’s currently at the Harvard Divinity School as a Writer-in-Residence.

It’s been 20 years since Terry Tempest Williams visited Las Vegas. Joshua Abbey, the son of environmental writer and activist Edward Abbey, asked her to come and speak as part of the conservation events of the Las Vegas Jewish Film Festival. “This is Terry’s first-ever speaking engagement in Las Vegas. We never needed her words of wisdom, more than now” stated Abbey.

Williams read from her latest book, Erosion, with a Q&A session following with fellow author Téa Obreht. She began by discussing the reduction of Utah’s Bear’s Ears National Monument by 85% in 2017, and the impact that its had on the local Native American tribes. She then answered questions from the audience. A fourteen-year-old asked her, “what can young people do to have a voice?” and Williams responded “It’s really important that we have an intergenerational conversation, that we listen to the fourteen-year-olds and that we can be there to support them in what they’re doing. I also think that they’re equipped to handle this moment. I see the young people that I’m working with as pragmatic visionaries. They’re not sentimental, they’re not soft. They haven’t been spared idealism. They see what’s happening and I have tremendous faith in them.”

The next evening at the Adelson Educational Campus, Williams moderated the screening of the film Wrenched, which documents the Earth First Movement. When talking about the film, Williams said “It’s more than direct action. It’s looking at our gifts. It’s a metaphor for what each of us has to offer in this open space of democracy.” She suggests we examine how will we use our gifts to create change.

After the film, Williams discussed her decision to purchase oil and gas leases near her Utah home in protest, with no intention of exercising them. This action would later cost her job, and the leases to be revoked. She’s appealing that decision, which is currently under federal review. When asked if she could turn back time, would she do it again, knowing she would lose her job and the leases? She said without hesitation, “Yes.”

Paula Jacoby-Garrett is a freelance writer in Las Vegas, Nevada.