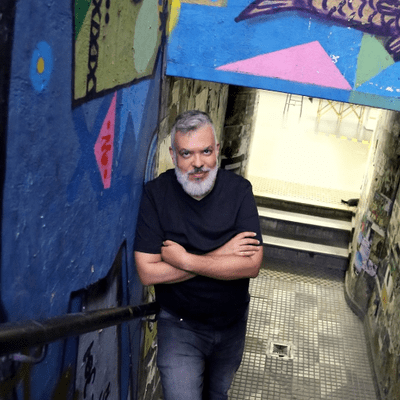 I’ve recently been enjoying Adam Kirsch’s The Global Novel: Writing the World in the 21st Century.

In his book, Kirsch states:

The global novel exists, not as a genre separated from and opposed to other kinds of fiction, but as a perspective that governs the interpretation of experience. In this way, it is faithful to the way the global is actually lived – not through the abolition of place, but as a theme by which place is mediated. Life lived here is experienced in its profound and often unsettling connections with life lived elsewhere, and everywhere. The local gains dignity, and significance, insofar as it can be seen as a part of a worldwide phenomenon.

One of the things eco-fiction is concerned about is the environmental destruction of the planet. Global eco-fiction lifts the gaze above the norm and into a worldly perspective in which authors and artists understand that ecological collapse is both a global concern and a local one. In essence, it’s something everyone is or will be affected by, yet in different ways. I’ve always been intrigued by diversity yet common ground – cultural differences yet universal understandings. I believe in travel through imagination, people world-round working together to mitigate such catastrophes as climate change, extinction, and dwindling biodiversity.

I want to first look at an anthology titled Solarpunk – Histórias Ecológicas e Fantásticas em um Mundo Sustentável, by Gerson Lodi-Riberio, originally published in 2012 by Editora Draco in São Paulo, Brazil. Last year, World Weaver Press began a kickstarter to translate this book to English, and I happily helped back the project, excited to read the book that seems to be the first using the term solarpunk, a concept I have been interested in for a few years now. The new anthology, Solarpunk: Ecological and Fantastical Stories in a Sustainable World, came out on August 7, 2018. I’m thrilled that World Weaver Press took on this important translation project.

Here, I talk with Fábio Fernandes, who translated the book from Portuguese to English. Fábio lives in São Paulo, Brazil. He has published two books so far, an essay on William Gibson’s fiction, A Construção do Imaginário Cyber, and a cyberpunk novel, Os Dias da Peste (both in Portuguese). Also a translator, he is responsible for the translation to Brazilian Portuguese of several science fiction novels, including Neuromancer, Snow Crash, and A Clockwork Orange. His short stories have been published online in Brazil, Portugal, Romania, the UK, New Zealand, and USA, and also in Ann and Jeff VanderMeer’s Steampunk II: Steampunk Reloaded and Southern Fried Weirdness: Reconstruction(2011), The Apex Book of World SF, Vol 2, Stories for Chip. He co-edited, with Djibril al-Ayad, the postcolonialist anthology We See a Different Frontier. He is a graduate of Clarion West, class of 2013, and slush reader for Clarkesworld Magazine.

I bought the original anthology titled Solarpunk – Histórias Ecológicas e Fantásticas em um Mundo Sustentável, published in 2012 by Editora Draco in São Paulo, Brazil, and I was hoping back then for an English translation so that I could read it better than fumbling through it with broken understanding of Portuguese. Lo and behold, Word Weaver Press bought the translation rights from Editora Draco and ran a Kickstarter fundraising campaign in 2017 to translate the book, hiring you as translator. The campaign was very successful. Had you heard of solarpunk before this project, and what was it like working on this project?

I had heard of solarpunk before, yes, but only in passing. I had stories published in Brazilian cyberpunk and steampunk anthologies, but when I heard about Lodi-Ribeiro’s anthology the deadline had already passed, so I never got the chance to send a story – but I read it and loved it. When Sarena invited me to translate it to English, I was thrilled. I loved translating such good stories from awesome Brazilian writers (a few of them personal friends).

I first heard of solarpunk several years ago and eventually interviewed Adam Flynn, who, at least back in 2015, seemed like a spokesperson interested in getting the genre moving. To you, what is solarpunk? I think a lot of people are still wondering about the term as a genre, an aesthetic, possibly a movement.

Solarpunk is more than a literary genre, that’s for sure. It’s rapidly becoming a lifestyle. Approximately a decade ago, a few science fiction writers tried to coin the word Greenpunk, meaning pretty much the same thing, which is: caring for the environment and looking for quick-and-dirty short-term solutions to save the planet. In my opinion, Kim Stanley Robinson is spearheading a solarpunk movement, at least in literary terms.

You have previously worked with Jeff and Ann VanderMeer as well as translated Neuromancer, Snow Crash, and A Clockwork Orange to Portuguese. You’ve also written short stories and novels. Can you tell us some exciting stories about your background with such projects?

I worked with Ann and Jeff VanderMeer on the Steampunk II anthology, in which they published part of a story of mine in a very complex (and awesome) backstory that thrilled me. I became a Clarion West alumnus, having as instructors some of my literary heroes, such as Neil Gaiman, Chip Delany and Ellen Datlow. Since then, I’ve been honing my skills in English and publishing in English-language anthologies, such as Stories for Chip and POC Destroy Science Fiction. I just finished writing my first novel in English, and will submit it to an American publisher.

How many stories are in the anthology – and are they diverse? Can you give a sense of how they differ from each other?

There are eleven stories in the anthology, and they are very different from each other. There’s a noir murder mystery, several dystopias dealing heavily with politics (the “punk” half of the equation is strong in this book), utopian tales of future tech and quite a few alt-hist narratives featuring a modern Aztec and Mayan rule over Latin America, or an ecologically correct afro-Brazilian government. A smorgasbord of stories.

What are your favorite stories in the book – if that’s not too personal – and why?

I’d prefer not to choose a favorite – but I liked the more complex stories, such as Gerson Lodi-Ribeiro’s novella “Cobalt Blue and the Enigma,” “Xibalba Dreams of the West,” and “Once Upon a Time in a World.” Come to think of it, they all are alternate histories, which, I guess, makes my preferences clear.

I recently interviewed author Kathleen Dean Moore (Piano Tide, Counterpoint Press, 2017), who talked about hopeful literature in the times of climate change as “lyric polemical,” and I loved that genre idea. I think solarpunk fits into that. As a translator, what do you think are the roles that fiction can play in times of such environmental crises?

I loved the notion of lyrical polemical – solarpunk definitely fits the bill! I think that fiction can and must play an active role in defending a sustainable society. Kim Stanley Robinson has been doing this very successfully for decades now, since Red Mars. New York 2140 is a lesson on how to transform a city that in other times we’d promptly dismiss as totally uninhabitable. It’s a sort of pocket utopia, as once Robinson himself said. In my academic research, I started to call it a “logistic utopia.” I’m all for logistic utopias in science fiction – I think they’re the next big thing. Thank you so much for the thoughtful questions!

It’s been a pleasure talking with you, and thanks so much for our chat!

I want to also thank World Weaver Press editor, Sarena Ulibarri, for her help in contacting Fabio and for her work on getting the solarpunk anthology translated. She spoke with the author, Gerson Lodi-Ribeiro, about the original anthology. He stated:

Both as an anthologist and as a reader, I would like to see a lot more optimist and greener future narratives. Even knowing it is not so easy to create dilemma and human drama inside post-scarcity mature and less Manichaean cultures, it would be lovely to read a greater number of those ecotopic science fictional scenarios.

In the Solarpunk anthology, we see that South American and Portuguese authors re-imagine old Mayan and Aztec cultures in new histories as well as explore dystopian and utopian futures. Place notwithstanding, the perspectives are ones we all can understand and enjoy from a storytelling angle.