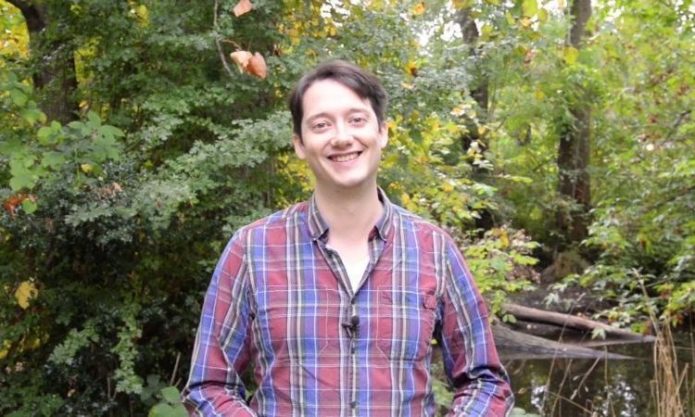 This month I have for you a fascinating interview with Dargan Frierson, Associate Professor of Atmospheric Sciences at the University of Washington, and head of the EarthGames group. Frierson and his colleagues recently published a video game for smart phones called Climate Quest. The game follows a narrative arc of collective action: people of various backgrounds come together to help mitigate the worst of the climate crisis. In our interview below, Frierson tells me what inspired the game, what he hopes players take away from the experience of playing it, and his plans for a new video game based on the Green New Deal.

You’re an Associate Professor in the Department of Atmospheric Sciences at the University of Washington. What first drew you to this field?

From an early age I was quite interested in mathematics and computers. As I learned more about the climate crisis, I realized I wanted to apply those mathematical tools to help understand the future of our planet.

What inspired you to make a video game based on climate change?

We need more ways of talking about the climate crisis that people can actually engage with. This is why I love Cli-Fi and think it’s so important for all kinds of artists to help get the word out. Video games are a great medium in particular for so many reasons. They’re deeply immersive for storytelling experiences. They can visualize invisible or slow processes with ease. And it’s expected in a game that the player will take on difficult challenges but eventually succeed, while learning along the way.

What I love most about Climate Quest is that it focuses on collective action. Scientists, urban planners, and nature and animal lovers alike become the “heroes” of the game by working together. What do you hope players take away from this narrative?

The theme of the game jam we made Climate Quest in was “adaptation to climate change,” which is how we change infrastructure to help prevent harm to built and natural environments. It’s a topic that’s not discussed too much, but can prevent significant harm. We want players to learn about the hazards of climate change, and all the measures we need to be taking to prepare.

Not everyone is able to adapt to a hotter climate, of course, so we need to be eliminating fossil fuels as quickly as possible, too. Some of our other games attempt to address how to transition to a 100% clean energy world.

Tell me about the team who helped you build the game.

We made the game primarily in just 48 hours, during a Climate Game Jam sponsored by the National Oceanic and Atmospheric Administration, the White House, and the Smithsonian. We had a University of Washington site for the jam and Zuoming Shi (a computer science grad student) and I worked on Climate Quest during the jam. Ben Peterson (Information School undergraduate) created the art in the weeks following the jam, and the whole EarthGames team helped to test and revise the game in the following months.

One of the things I love about game design is that it requires so many different talents: art, writing, programming, sound design, and science. It’s fun to make things that none of us could have done individually.

What has the response been like to the game so far?

The response from players has been terrific! We won first place in the country in the game jam, and Zuoming got to display the game at the Smithsonian Museum of Natural History. We wrote a teacher’s guide so the game can be easily used in classrooms. That original game jam was a great catalyst for our EarthGames group, which was just forming at that time. We’ve since evolved from a small informal meeting in my office to an official UW class, and have released over 15 games. Your readers might be most interested in A Caribou’s Tale and Life of Pika which combine simple gameplay with a narrative-based approach, or Cascadia and Drop, which involve text-based branching narratives .

What’s next for you? Anything you’d like my readers to keep an eye out for?

We have a new game about the Green New Deal coming out very soon that we’re quite excited about! It’s an election campaign simulator. We’re also working on a strategy game about the future of the planet with Eric Holthaus, a climate journalist. Finally, we have a very talented student, Andrew McDonald, who’s working on incorporating location-based and augmented reality concepts into mobile games about climate.