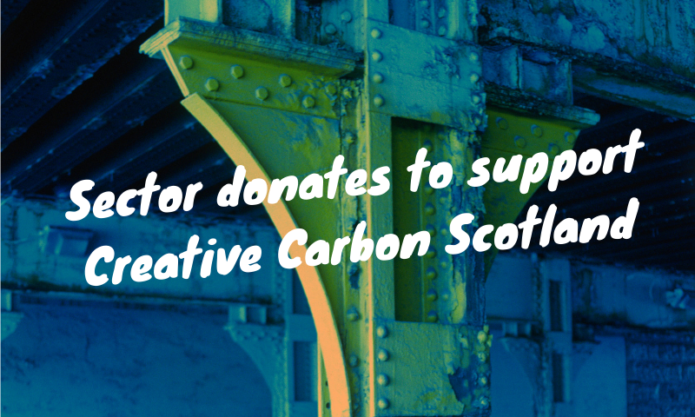 Members of Scotland’s arts & cultural (and food) sector have been showing some creative ways of raising funds to support Creative Carbon Scotland’s work.

We’re delighted to have been the recipient of a number of donations – from artists to food vendors – to help support our work putting culture at the heart of making a better, environmentally sustainable Scotland. We’re thrilled to see the sector’s support for our work being expressed in a range of different ways, adding to the Regular Funding we receive from Creative Scotland and the in-kind support of the City of Edinburgh Council. 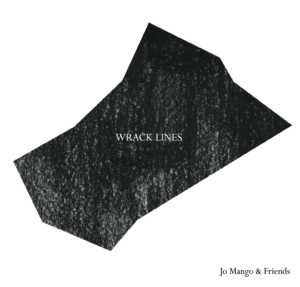 We are thrilled to be the beneficiary of the profits from sales of ‘Wrack Lines’, an EP created by Jo Mango in collaboration with Rachel Sermanni, RM Hubbert, Louis Abbott (Admiral Fallow) and The Pictish Trail. The name of the EP, released on Olive Grove Records, refers to the name given to the waving line of detritus that is left on the beach when the tide goes out. The EP grew out of the Arts and Humanities Research Council funded ‘Fields of Green’ research project, which explored what audiences, organisers and musicians can do to encourage environmentally sustainable behaviour around music festivals. The research was a collaboration between the University of the West of Scotland, Edinburgh University, Lancaster University and Creative Carbon Scotland.

Since its release with a special performance by Jo Mango and Pictish Trail at Celtic Connections in 2016, several songs from the EP have been played on BBC Radio 6 by Stuart Maconie, Gideon Coe and Guy Garvey. The EP is available to buy as a digital album or CD through Bandcamp, and lots of streaming services!

The sale of canvas bags as part of the #SustainableFringe campaign led by Poltergeist Theatre at the Edinburgh Festival Fringe 2018, has been another welcome source of donations towards our work. The group from Poltergeist Theatre took on the #SustainableFringe idea and used it to encourage production companies, audiences and theatre makers to get involved in environmentally sustainable action focusing on three areas of visible waste at the Fringe: plastic, paper and material.

A new approach for the #SustainableFringe campaign will be brought to the Fringe this year by the newly launched Staging Change initiative which is creating a network of performers and theatre makers who believe in a greener future for theatre at the Fringe and beyond.

We’ve gratefully received the royalties from Ade Adesina‘s contribution to the inaugural edition of ‘Mycelia’ a new print magazine published in Glasgow by Hedera Felix. Ade is a full-time printmaker who lives in Aberdeen whose work  is a visual commentary on the ideas of ecology and our ever-changing world. Mycelia is a new magazine dedicated to weird fiction, experimental literature and visual art that explore the weird and the eerie from Hedera Felix an independent publisher which begun launched in 2018. Mycelia 001 can be purchased through Hedera Felix’s website.

The – vegan with veggie-friendly offerings – street-food vendor Freddy & Hicks each month collects donations towards charitable causes from their customers and we were fortunate enough to be chosen in September. Freddy & Hicks started life at Borough Market in London before migrating to Glasgow. You can now find their exciting veggie and vegan burgers and more at the street food market at PLATFORM from Friday to Sunday every weekend as well as a whole lot of other pop-ups around Glasgow and beyond.

We are really thrilled to be the recipient of these pieces of support, it shows us that the work we’re doing is important for others and a diverse range of funding helps us to focus on helping the cultural transition to create a fairer, more equitable and zero-carbon society.

If there are ways you or your organisation would like help make this happen at any scale, we’d absolutely love to hear from you. Please drop Ben a line or call our office on 0131 529 7909.