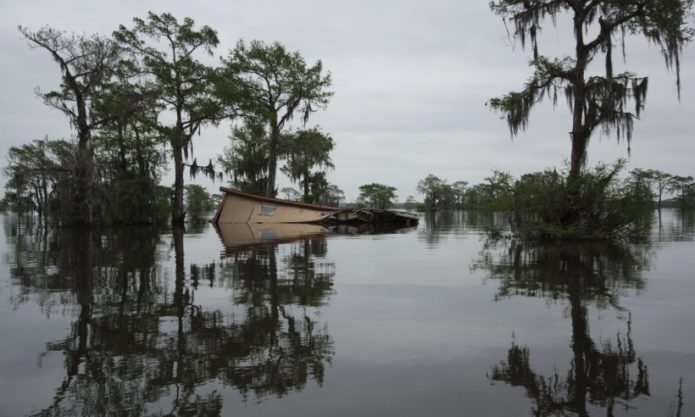 The landscape you grow up in influences how you see and move through the world. At least that holds true for me.

I spent most of my life in rural New York where I was lucky to develop an understanding of the unbalanced relationship between people and the natural environment at an early age. Most residents in my community were proud that the cornerstone of their identity was being distinctly anti-city (particularly New York City). They, and myself included at the time, believed that the urban metropolis was primarily comprised of pollution and people who didn’t care about the environment: how could they care when they were so removed from nature? The hypocrisy of this way of thinking, of course, can be found in the enormous amount of energy required to live a rural lifestyle. You must be transported – individually – to be educated, to earn a living, to buy food that’s been shipped from distant places, to have human connection. This produces an immense amount of carbon. And it’s what American national identity was built on.

I currently live in Brooklyn and work in Manhattan, but I still find myself seeking out areas of the city that are less populated, and where other aspects of the natural ecosystem are more explicitly synthesized.

I make my images from the perspective that the landscape I’m photographing is changing at a more rapid rate than ever before. Prior to moving back to New York, I lived in Louisiana for several years where a trip to the coast is never the same because of rapid coastal erosion.

We are often told that certain weather events are the most severe, the most catastrophic, and the most rare. But many of us – those fortunate enough to have been spared from a terrible environmental disaster – don’t experience these events in the same way, or at least in a way that encourages lifestyle change. It’s too easy, despite continuous media coverage, to be removed from the wildfires in California or the flooding in Houston. Because of this distance, climate change remains an abstract concept for a majority of people.

The impact of climate change is more commonly conveyed through images of disaster or aerial shots that give the viewer an opportunity to dissociate. Though important to see, in the longer term these images do not motivate people to believe in a better world

In my projects, I focus on daily life in landscapes most vulnerable to environmental changes or landscapes already facing the need to adapt. I approach scenes that are reflective of the everyday, but incorporate symbols of a changing physical world with details that only become visible when the photographs are viewed together. Very few photographs of mine convey the same message when viewed alone. An image of a sinking houseboat in the Atchafalaya Basin of Louisiana develops a more holistic meaning when viewed alongside a survey of different structures in the area. Architectural style and land use patterns of a region provide details and insight into the values of a certain place.

Historically, men have dominated landscape photography and painting, as well as most other art forms. Their images have taught us how to live, what a desirable landscape might be, and how to interact with the physical world. The male perspective on the land created American Landscape Art as a genre – our national identity was built on idealized images of nature as much as it was built on portraiture.

Some of my favorite photographers are those who were able to communicate a sense of place through massive photographic surveys. Edward Burtynsky, Frank Gohlke, Richard Misrach, Joel Sternfeld, and Ansel Adams created images that changed my life and inspired me to see more of the world. At the same time, these images were taught to me because of the immense privilege and affluence that these men possessed. They were able to travel alone, across great distances, to secluded places, and had the ability to create pieces of art without fear.

Photographs are subjective. The reasoning behind the creation of an image is imbedded in one’s personal history – their life experience, their memories good and bad, their aspirations. As a woman, I know it’s important to bring a perspective on landscape that’s been historically marginalized. In her book As Eve Said to the Serpent: On Landscape, Gender, and Art, Rebecca Solnit describes the difference between the photographs produced by men and those produced by women, stating that “compositionally, the work of the genders seemed distinct, with the women’s work abandoning the sweeping prospect for more intimate and enclosed scenes.” Of course, this is not meant to be a generalization – there are certainly respected female landscape photographers. However, at this moment in environmental history, it’s critical to recognize that the male gaze on the land has helped shape our relationship with nature.

This unique moment in time forces us to re-conceptualize how and where we live, and to acknowledge that the right to build wherever we want will likely cease to exist. Before physical and structural changes can happen, however, there must be changes in how we think about inhabiting the world. We can build levees, but without an understanding of ecosystems and environmental stewardship, those levees will become isolated fortresses. Art provides endless opportunities to bridge that gap by engaging people and catalyzing collective action to create strong communities.

Virginia Hanusik is a photographer whose work focuses on architecture and landscapes impacted by climate change. Her projects have been featured in Places Journal, NPR, Fast Company, Newsweek, and The Atlantic, among others, and she has exhibited work internationally. Her most recent body of work, A Receding Coast: The Architecture and Infrastructure of South Louisiana, documents climate adaptation along the Gulf Coast and has been shown in New Orleans and Berlin with support by the Graham Foundation. She grew up in the Hudson River Valley region of New York and currently lives in Brooklyn where she is a member of the Climate Working Group at New York University’s Asian/Pacific/American Institute. She likes to kayak more than almost anything.