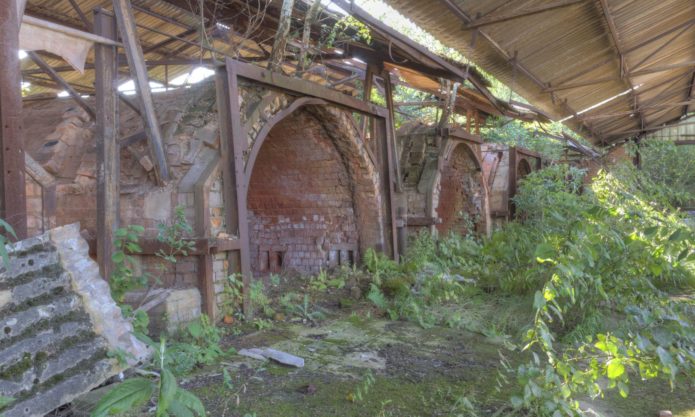 In 1963, Eliot Porter showed a series of color slides at the Sierra Club that he had taken at one of the underground pools of Glen Canyon in Utah. After showing the magnificent images on the big screen, he argued that the recently completed dam at Lake Powell would completely flood these enchanted pools, and they would be lost forever. His images inspired the members of the Sierra Club, and future nature lovers, to speak out against big construction projects as they increasingly threatened natural environments.

Caring for Our Environment

Porter’s famous contemporary, Ansel Adams, capitalized on Porter’s work and successfully argued for using his work, and the work of f/64 photographers – landscape photographers using visualization and the zone system to create the first modern landscape photographs we now know and love – to promote and protect the stunning nature of the Western United States.

I read this in a book about Ansel Adams written by contemporary landscape photographer Michael Frye, who is based in the same iconic Yosemite Valley as Ansel Adams was. I remember reading the book as I was writing an article on my website about my intention to use my images and love for the environment to help support environmental groups.

Recently, I have felt the urge to use my growing portfolio of landscape images for a greater purpose. I enjoy being in nature. It helps me find balance in my otherwise hectic life. I try to look for and find isolated places – places devoid of humans, and even of human interference. This is not always easy, as I do not have the time nor the money to visit the truly empty places far, far away.

Places close by give me enough energy to reload after a hectic day, week, or month. However, over the past year, I have realized that everywhere I look, there is human interference. The nature around me is for the most part cultivated and managed to fit within constraints set by us humans. Also, I am growing angry as I see more wildlife going extinct and nature being destroyed.

At home, we do our best to care for our environment. We religiously separate our trash, eat organic and an increasingly plant-based diet, and support local conservation groups. Every time I am out in the field, I pick up litter and stuff that has been thrown away. I try to use public transportation instead of my car and often think about my ecological footprint. I know I can do much more, but I at least try to be considerate about how I engage with my environment, my world, and our planet.

I often feel quite alone in this. Granted, a lot of my peers and other like-minded people are doing wonderful things to create greater awareness. But I also see many people littering, wasting resources, and simply not caring about the future of our planet.

Using Images for a Greater Purpose

One day, I sat down and scrolled through my portfolio with different eyes. I tried to find images that would encourage viewers to protect what they were seeing. This proved harder than I expected. Of course, there were images that did just that but overall, I was disappointed in what I found.

I turned to my small but cherished portfolio of urbex images. Urbex is the exploration of abandoned structures and buildings. Often the locations are off-limits – the idea of briefly trespassing to explore the unknown appeals to me. Also, the adage of urbex, “Leave nothing but footprints, take nothing but pictures,” resonates with me. I live by it during my nature treks.

Urbex images give the viewer a glimpse of a transitional world – a world where nature has taken over human structures after they have been abandoned. Sometimes it feels like walking through a post-apocalyptic world, and it makes me wonder if that might ultimately be the best outcome. I recently saw a video about what would happen if Man suddenly disappeared from the Earth. Within 10 years the air would be clean again, and structures would become one with the Earth – species would thrive, and balance would be restored. A sobering thought…

Here I found better images, more in line with what I was looking for – images that communicate a need to protect our environment from pollution and decay, and show the transience of our civilization. It wasn’t a portfolio or series yet, but it was a start.

I recently went to the Dutch coastline to photograph the beautiful Waddenzee area – a designated UNESCO World Heritage Site. There too, I was painfully confronted with pollution and trash. This only increased my desire to educate my fellow human beings about these dangers.

Capitalizing on the Idea

I am now in conversation with several like-minded photographers about creating a coffee table book and an exhibition around these themes. I also incorporated my views and this mission in the curriculum for my photography workshops. I hope to realise these projects next year and raise awareness and possibly even some money to donate to charities that champion these causes.

With this initiative, I am taking baby steps towards using my images for nature conservation and education. I also started a similar journey on another front: I became part of a local conservation group dedicated to preserving a row of ancient Poplar trees with a deep ecological and heritage importance. I created their website and donated my images to help them recruit Friends of the Trees – supporters who can donate money towards the trees’ preservation.

After a few months, we were able to enter into an agreement with the local council for the protection and transfer of the land to the council. We also obtained a grant from the provincial council to plant young Poplar trees in the gaps between the old trees. Not only will the new trees provide support for the old trees, but they will continue to play their role in the ecosystem after the old trees die or fall during a storm.

I feel at ease in this new role and hope to take more steps towards using my photography to combat climate change and raise awareness about environmental preservation. Together we can change the world!

Photographer Maurice Hertog was born and raised in the southern part of the Dutch province of Limburg. He started taking photographs as an avid aircraft spotter at the local airfield, also enjoying taking snapshots during holidays. Since 2008, he has transitioned to photographing landscapes and abandoned buildings, and learned to enjoy the wondrous world around him. “Inspired through the Lens” is his mantra. He feels most alive when he gets out into nature and can become one with the environment he so enjoys capturing on camera.