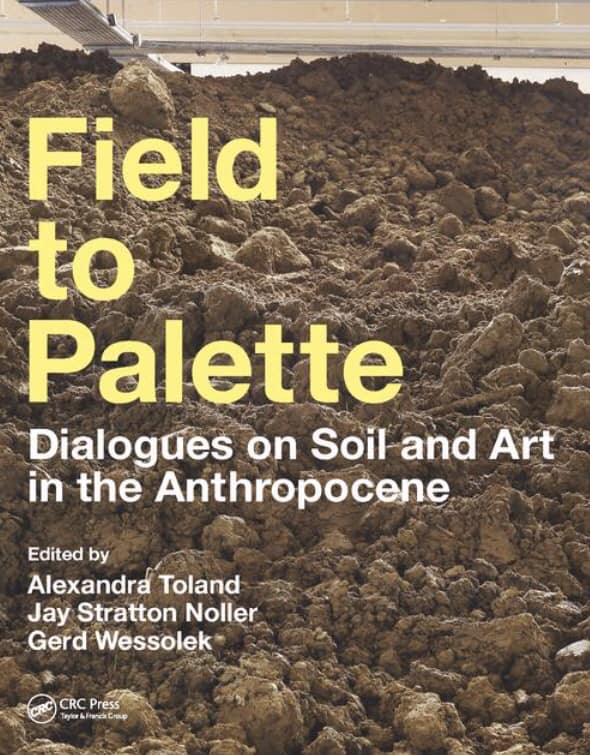 Field to Palette: Dialogues on Soil and Art in the Anthropocene is an investigation of the cultural meanings, representations, and values of soil in a time of planetary change. The book offers critical reflections on some of the most challenging environmental problems of our time, including land take, groundwater pollution, desertification, and biodiversity loss. At the same time, the book celebrates diverse forms of resilience in the face of such challenges, beginning with its title as a way of honoring locally controlled food production methods championed by “field to plate” movements worldwide. By focusing on concepts of soil functionality, the book weaves together different disciplinary perspectives in a collection of dialogue texts between artists and scientists, interviews by the editors and invited curators, essays and poems by earth scientists and humanities scholars, soil recipes, maps, and DIY experiments. With contributions from over 100 internationally renowned researchers and practitioners, Field to Palette presents a set of visual methodologies and worldviews that expand our understanding of soil and encourage readers to develop their own interpretations of the ground beneath our feet.

ecoartspace was invited by Alexandra Toland to contribute a piece for Field to Palette back in 2014. The book is sectioned by soil function, and included in Function 3 titled Interface: Soil as site of environmental interaction, filtration and transformation is an interview with Mel Chin by founder Patricia Watts, and NYC Director Amy Lipton. Titled Don’t Worry, It’s Only Mud, the interview includes excerpts from their discussion with Chin in 2015 in the East Village. Both Watts and Lipton have curated exhibitions of artists addressing how food is grown, distributed and consumed. Watts recently curated a public art sculpture Cloud House by Matthew Mazzotta, and curated Hybrid Fields in 2006 that included Laura Parker and Matthew Moore who are both interviewed in Field to Palette. Tattfoo Tan and his Black Gold work in Field to Palette was included in the ecoartspace SOS Action Guide in 2014. And, Lipton curated FoodSHED: Agriculture and Art in Action in 2014 including Linda Weintraub a contributor to Field to Palette, also including Tattfoo Tan. She also curated Down to Earth in 2009 and co-curated ecovention with Sue Spaid, a contributor to Field to Palette, on the exhibition ecovention in 2002.