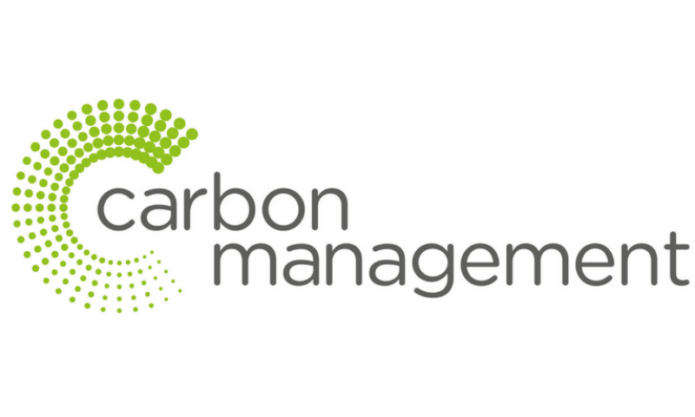 From April 2018 onwards Creative Scotland will require all Regularly Funded Organisations, as part of their funding agreements, to develop plans to reduce the carbon emissions related to at least one aspect of their activities. Organisations supported through Open Project Funding and Targeted Funding are also encouraged to do the same. These plans can be modest or ambitious but above all should be realistic, achievable and measurable.

“The commitment to environmental sustainability demonstrated by the cultural sector in Scotland has already been extensive, impactful and hugely positive,” says Kenneth Fowler, Director of Communications at Creative Scotland. “Following on from carbon reporting, environmental planning is the natural next step.

“Through demonstrating best practice and inspiring audiences, we can make a huge difference in encouraging sustainable behaviour. We are very pleased to support Creative Carbon Scotland in helping creative organisations make this important contribution to Scotland’s sustainability.”

We will work with organisations to offer a full programme of support for this new area of work. Support for creating and implementing Carbon Management Planning will consist of:

Carbon Management will also be a key topic at the Green Arts Conference in Glasgow on 1st November, with presentations of the tool and specific sessions to develop understanding of how to start planning.

Book tickets for the Green Arts Conference: Spotlight on Sustainability.

Book a place on our early adopter Carbon Management webinars in November 2017. 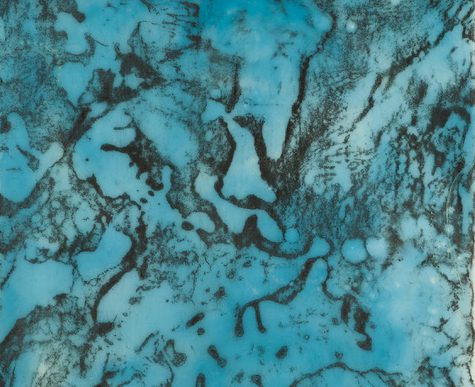 A Love Affair With Glaciers

Elise Wagner is a painter, printmaker, and teacher based in Portland, Oregon. Her initial captivation with the geology and majestic beauty of the Pacific Northwest lead her to obtain a Bachelor of Science Degree at Portland State University. She studied painting, sculpture, art history, printmaking, geology, physics and environmental biology, which wove into what would become the conceptual fabric of her work. Making the Pacific Northwest her home base has continually nurtured her lifelong creative pursuits.

Elise agreed to answer a few questions for Artists & Climate Change about her newest body of work, focused on receding glaciers. Climate Charts, her solo exhibit, will be on display at the Butters Gallery, Ltd. in Portland, Oregon through October.

What was the inspiration for your Glacier series?

About five years ago, I saw the documentary Chasing Ice featuring nature photographer James Balog. Through his Extreme Ice Survey (EIS) project, he and his team created a multiyear photographic chronicle of the planet’s rapidly melting glaciers. The time-lapse photographs that Balog’s cameras captured of the receding glaciers are riveting.

Soon after seeing the film, then seeing it again, and again, I set up Google alerts to receive updates of glacier images from NASA, the National Geologic Survey, and the International Space Station. Concepts develop in my work gradually at somewhat of a glacial pace. It took a few years of observing for this work to manifest. As my knowledge of glacier geology deepened, I became fascinated with glaciers’ beauty, colors, and formations, and by the stunning and rapid transformation of the glacial landscape.

My work has always addressed the duality between the human impulse for order and the indifference of nature. I am drawn to all kinds of subjects like physics, astronomy, meteorology, geology and geography, satellite technology, and climate science.

I have a passion for that incomprehensible gap that lies between art and science. This has always intrigued me and fed my imagination, and has resulted in me spending much of my creative pursuits on bringing the two together. Unlike science, art looks at the world through an aesthetic lens that encompasses the emotional, ethereal, and the sublime. Science, on the other hand, is rational, measured, and quantifiable, but it gives art a context. This merging of art and science helps us understand nature in a broader sense.

The last time that ice and glaciers were so present in the popular imagination was during the age of polar exploration, over a hundred years ago. Now that these elements are resurfacing, how do you think they are shaping our consciousness?

The recent devastation caused by hurricanes Harvey, Irma, and Maria are enough to make your head spin – how could their link to global warming NOT shape our consciousness? My family is in Houston, as is one of my galleries, Gremillion Fine Art. Luckily, they are all blessed and safe on higher ground. Add to that the enormous forest fires that occurred simultaneously in California and my home state of Oregon, where over 42,000 acres of our beloved Columbia River Gorge recently burned. Unseasonably hot summers leading to drought, combined with rising ocean temperatures, are to blame for such devastation and are the direct result of the glaciers melting in the Antarctic, Greenland, Alaska, and South America.

The Larsen C. Ice Shelf, on the southern tip of Antarctica, was until recently the largest ice shelf in existence. In 2002, the Larsen C. was found to have what was to become a two-mile long crack in its surface. In July of 2017, a metric trillion-ton iceberg the size of Delaware, the largest iceberg in history, broke off the ice shelf. The day after this shocking news broke, I was looking at my painting in progress and decided to draw the map of Delaware in my sketchbook. To my astonishment, the shape of Delaware had already subconsciously emerged in the surface of the painting. How’s that for shaping ones consciousness?

There is a map-like quality to your work in general. Is that intentional?

Short answer, yes. Working in the abstract realm, I have always approached painting as if I am laying down a map to an unknown or unseen territory. Abstraction in itself is about finding one’s way in an unknown territory. My work draws upon science, the celestial, and the sublime within a cartographic construct. My painting titles often refer to cartographic, scientific, or solar terms like “Celestial Legend,” “Atom Transits,” or “Solar Flare.”

I work in encaustic, an ancient painting medium that combines natural beeswax, resin, and pigment. It is the oldest known pigment binder, dating as far back as 23 B.C. With it, I have discovered ways to layer and manipulate the medium to create surfaces that match my subject matter and my visual intentions. More specifically, I developed a way to trap air in the wax and create surfaces that mimic geological terrain. My process is very methodical, allowing for spontaneity in both its direction and the alchemy of the materials. I mix specifically hued glazes and colors to achieve depth of surface, line, and transparency.

As the work developed, I studied the colors of glacial ice and began thinking about the duality in my materials. I recognized a paradox in what I was attempting to achieve. Subconsciously, I was using hot wax to create glacial ice terrains and formations. My reliance on alchemy and chance occurrences in my materials unites elements of hot and cold, and mimic the transformative impact of temperature on our planet. This first piece became the centerpiece for my show Climate Charts.

From this piece, I created graphite rubbings of its texture onto tracing paper. I then transferred those graphite rubbings onto a warm cobalt-turquoise encaustic surface to create a series of twelve 10 x 7.5 works. While attempting to walk my dog and not fall after a late 2016 snow and ice storm that crippled the city of Portland, I was stunned to see the resemblance between air trapped under the ice outside and my series of paintings. This reaffirmed for me how I am achieving reproducing the actual in nature through the various abstract approaches I take with creating art. From this series of small works, I was inspired to scale up five times and create three 55” x 42”s.

What is the single most important thing artists can do to address the problem of climate change?

Understand that their impact lies not only in what they express, but in the materials they choose to express it with. For example, I am hyper aware of the fact that the wax I use is a limited resource produced by a rapidly dwindling bee population. Wax is impervious to moisture, thereby giving encaustic paints an eternal shelf life. Unlike oil paints, they don’t dry out, and require no solvents. I am also a printmaker and I exclusively use non-toxic soy and, maybe not coincidentally, honey-based inks.

These times of social, political, and environmental upheaval have forced me to re-examine my creative intentions. Now more than ever, I feel a growing need to express what is happening globally and shape it through my work. I am not a scientist, nor do I have the luxury of world travel or polar exploration to conceive of my work, but our technological age gives me access to information. The ability to continue learning through such means gives me hope – it is one of the more positive aspects of the global sphere. It also means we can form global communities and become psychically connected to each other.

Ultimately, my hope lies in humanity, in the power of community, and in rallying for what is right and true. We are all human beings, each of us with the same capacity to grow our consciousness, to take action, and to continue learning and breaking the barriers that divide us. We can only save our planet through unity, choice, willingness, understanding, love, and compassion.

Many human rights documentary films are the result of a productive, creative and collaborative partnership between activists and filmmakers. This year, the Critical Forum at Document becomes a platform for yet untold and potentially powerful cinematic stories by inviting human rights organisations, activists, producers and filmmakers to share their work on the ground and spark collaborations. The forum will feature two parts: a panel with presentations of different film projects at different stages of development, focusing on challenges and collaborations. The second part will allow attendees to participate in a workshop tailored around their own projects and interests, challenges and experiences of working on human rights issues on screen and beyond. Finally, the workshop will end with a general discussion where the audience and the panelists will have the chance to give feedback and advice and inspire future projects and collaborations.