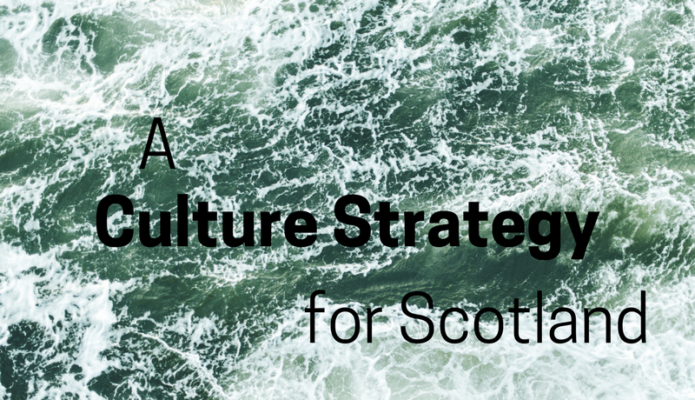 In early November, Creative Carbon Scotland hosted a discussion as part of the Scottish Government’s consultation on the development of a new Culture Strategy for Scotland.

Joined by arts and sustainability practitioners working across a range of contexts, we focused on the connections between culture and climate change and the role of the arts in wider society, particularly in relation to environmental sustainability.

We convened the meeting around three key questions, relating the Scottish Government’s Culture Conversations questions to the issue of climate change. We also provided an online survey for those who were unable to participate in the event, some of the points from which are also included here.

In first part of the conversation we focused on the question:

What do you perceive as the role of arts and culture in contributing to a more sustainable Scotland at individual, organisational and strategic levels?

The key points arising from discussion were, the Culture Strategy could stress that:

It was discussed that the arts and culture are already taking action and showing leadership on sustainability including through Creative Carbon Scotland’s work which supports engagement at strategic, organisations and individual levels. Examples include:

In this section we focused on the question:

The key points arising were:

Other examples discussed included the work of The Stove Network as an arts-led approach to the regeneration of Dumfries town centre (see contribution to the Culture Strategy online forum); The Embedded Artist Project model developed by American civic artist Frances Whitehead; and the work of Watershed+ in Calgary, Canada which includes artistic practices as part of any major infrastructural projects which take place in the city.

Finally we asked the question:

What are the priority areas to further the role of culture in bringing about transformational change to a more sustainable Scotland?

As well as being published here these notes will be fed back to the Scottish Government via the Culture Conversations resource pack and will continue to inform and shape the work of Creative Carbon Scotland in supporting the role of the arts in contributing to a more sustainable Scotland.