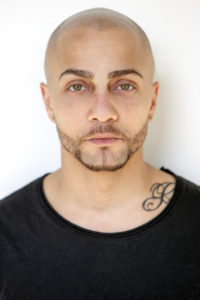 This award recognizes outstanding BGA College Green Captains for introducing environmental changes to their department’s theatre productions. Some examples of greener practices include energy-efficient lighting, rechargeable batteries, educating the cast and crew about better environmental practices, recycling or composting on the set, and more. Information about the prize can be found at http://www.broadwaygreen.com/collegeprize/.

USITT has supported greener theatre and productions through education, and has worked with the BGA on a slate of panels each year. Stewart’s panel is one of five green panels that the BGA is presenting at the conference this spring. The other panels will be: Closing Green, a Greener Model Building Workshop, Evaluating Sustainable Lighting Fixtures, and Green Theatre Around the World. The other panelists include Richard Cadena, Charlie Deull, Ian Garrett, Justin Miller, Ellen Jones, and Tony Award winning designer Donyale Werle.

For more information on the sessions and exhibitors who are already a part of USITT’s 2017 Conference & Stage Expo, visit http://www.usittshow.com/

ABOUT THE BGAThe Broadway Green Alliance (BGA) is an industry-wide initiative that educates, motivates, and inspires the entire theatre community and its patrons to implement environmentally friendlier practices. The BGA, launched in 2008 in collaboration with the Natural Resources Defense Council, is an ad hoc committee of the Broadway League and a fiscal program of Broadway Cares/Equity Fights AIDS. The BGA brings together all segments of the theatre community, including producers, theatres in New York and around the country, theatrical unions and their members, and related businesses. The BGA identifies and disseminates better practices for theatre professionals and reaches out to theatre fans throughout the country. For more information, visit www.broadwaygreen.com.