The opening reception for Jackie Brookner: Of Nature will take place at Wave Hill on Saturday September 17th from 2 – 4:30pm. This will be the first retrospective tracing the expansive work of Jackie Brookner (1945–2015), an artist who was deeply engaged with the environment. Brookner’s groundbreaking, remediative sculptural environments were designed as ecological filters to cleanse gray water, urban storm water or agricultural runoff. This exhibition will connect the underpinnings of Brookner’s early sculptures and drawings to her ongoing exploration of materiality, which was informed by bodily touch and, particularly, the human hand. 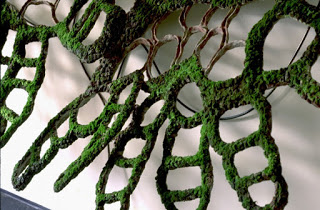 Spanning Brookner’s entire career, the exhibition will include a selection of bronze sculptures from the 1980s and her seminal Of Earth and Cotton project, which traveled through the South in the 1990’s, including video interviews with cotton field workers by Terry Iacuzzo. Documentation of her commissioned water remediation projects in San Jose, CA; West Palm Beach, FL; Cincinnati, OH; Fargo, ND; and Salo, Finland will also be presented along with a selection of her studio drawings that were never formally exhibited. 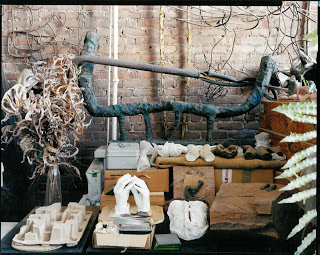 Brookner wrote in 2010 that her first 20 years as a sculptor were “a period of introversion” that led eventually to the realization that her “work could be ‘of’ nature, rather than ‘about’ it.”  Over the next 20, she adds, “I have learned that beyond the science and the practical function, successful ecological restoration/remediation demands addressing the societal/cultural values that have allowed humans to dissociate from and be at war with the natural systems of which we are part.” 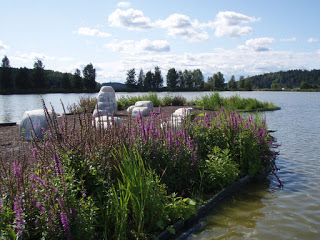 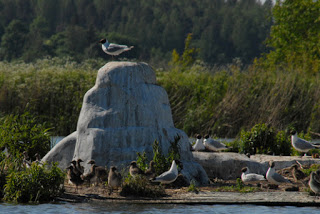 In addition to these fundamental themes, the influence of feminism is evident in her mixed-media rubber and fabric sculptures, work that materializes the inner body. Ultimately, Brookner found her place in the vanguard of artists who are catalysts for environmental and social change. In her first public art projects, she sought out places where she could be part of a team to remediate tough ecological questions, collaborating with scientists, planners and other artists, notably Susan Leibovitz Steinman and Angelo Ciotti.

Jackie Brookner (b. 1945 Providence, RI; d. 2015 New York, NY) was based in New York City during her entire artistic career. A passionate teacher, she inspired students at Parsons The New School for Design from 1980 until the time of her death. From 2000, she created public projects for wetlands, rivers, streams and storm-water runoff that unite water remediation and public art. Throughout her career, she exhibited widely and was included in many publications on the topic of public art and environmental remediation.

Jackie Brookner: Of Nature is curated by ecoartspace NY curator Amy Lipton and Wave Hill Senior Curator Jennifer McGregor. The exhibition will run from September 13–December 4, 2016. An illustrated catalogue will accompany the exhibition. Plans are underway for the show to travel, and potential venues are currently being sought.

November 11, 2016, 10:30AM–5PM, Of Nature Symposium. Celebrating the legacy of Jackie Brookner, this day of presentations and conversation will reflect on the artist’s contributions, and will spotlight environmental, socially engaging projects that artists are pursuing around the country. Featured conversations include Stacy Levy with Jennifer McGregor, and Mierle Laderman Ukeles with Amy Lipton.