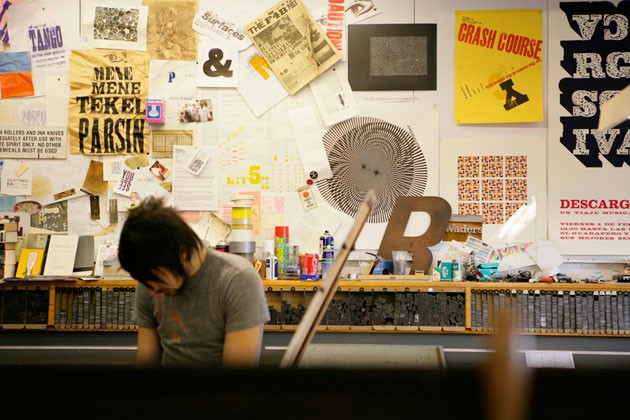 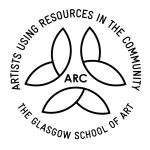 As announced on our Events page, our next Glasgow Green Tease will be hosted by the Artists Using Resources in the Community (ARC) project at the Glasgow School of Art. The ARC project is run by staff and students at the Glasgow School of Art, and enables and supports the School in their endeavors to develop and implement their Sustainability Strategy. The project also collects and shares wonderful references for green artists.

The discussion will be led by Eilidh Sinclair and Kathy Beckett from ARC and will cover themes of energy and water conservation, food waste and material reuse in artistic practice. Conversation will also include best practices or plans of action to address these issues and will finish with some time to see the recently completed Reid Building.

For more information please visit our event page. If you are interested in attending, please RSVP to Gemma Lawrence at gemma.lawrence@creativecarbonscotland.com

The post Artists Using Resources in the Community project at our next Glasgow Green Tease appeared first on Creative Carbon Scotland.

Flint and Steel are five week residencies designed to allow artists to join forces with academic partners. Artists and Tulane University faculty members will be united to inspire each other in the development of new work, to excite the public, and to ignite social change. Addressing the artists’ desire to be more effective and have longer lasting impact with their outreach, these collaborations will empower the artistic practice with scholarship, student manpower and academic resources from Tulane. We ask artists to describe in detail how the opportunity will affect their work, to identify potential departmental partners, to propose a public component to their residency and to suggest ways in which they will engage with the local community.

A full description including all important dates and the application for our Flint and Steel residencies can be found here(pdf) or here (MS Word).< 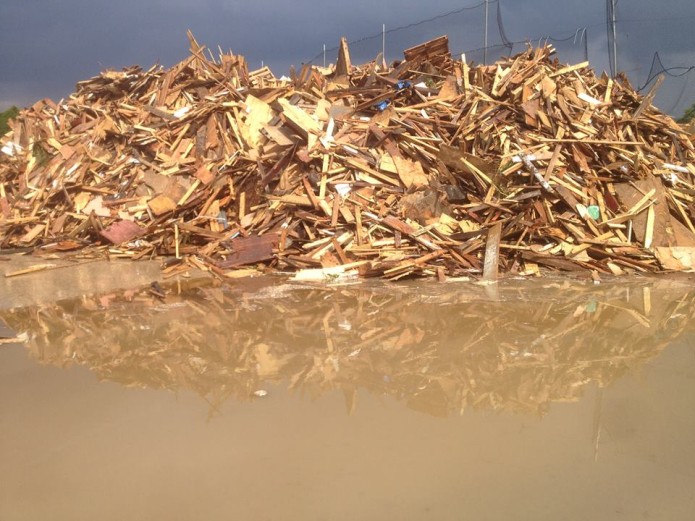 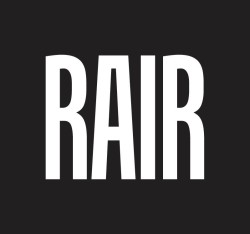 RAIR’s (Recycled Artist in Residency) mission is to create awareness about sustainability issues through art and design. We are located in Northeast Philadelphia within Revolution Recovery, a 3.5 acres construction, demolition and manufacturing waste recycling facility in Philadelphia that processes over 250 tons of materials per day. Our unique position as a bridge between art, sustainability and industry allows the reach and potential impact of RAIR to be great. As such, we have strategically chosen to focus our efforts on four program areas: residency program, education and awareness, material sourcing, and exhibitions.

To create awareness about sustainability issues through art.

RAIR formed when three individuals from different backgrounds realized they were passionate about the same thing: the value of waste. Avi Golen, co-owner of Revolution Recovery and an expert in the recycling industry, had been fielding request from artists since the founding of his company in 2004. Billy Blaise Dufala, a Philadelphia-based artist and co-teacher of a found materials course at the Pennsylvania Academy of Fine Arts, had been looking for access to a material stream for his work. Fern Gookin, project manager at Revolution Recovery and Board of Directors member of the Delaware Valley Green Building Council, had decided to focus her graduate thesis work on the role art can play in creating awareness about sustainability issues. With three different perspectives and a shared goal, RAIR has been able to establish itself as a specialized and unique program that reaches across disciplines.

RAIR (Recycled Artist-In-Residency) is a new non-profit located within a construction and industrial materials recycling facility in northeast Philadelphia. We promote awareness about environmental issues by encouraging creative ways to divert waste from landfills.

We work to bring art and sustainability together through:

If you would like more information or to get involved send us an email or find us on facebook. 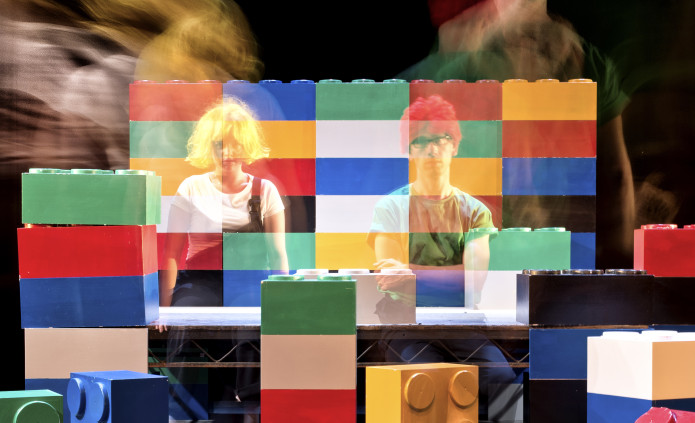 The Festival Fringe, The CSPA and Creative Carbon Scotland invite production companies and individuals to a series of drop-in workshops during the 2014 Festivals. Held at Fringe Central, these sessions will provide advice and assistance to companies and productions looking to become more sustainable.

Sustainable Production Drop-In Sessions will be held  4 August, 11 August and 18 August from 1-4pm. 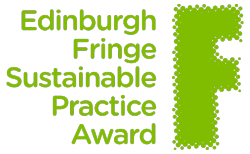 More and more people are moving to cities. Over 50% of the world’s population are city dwellers, with a continuing upward trend. Many cities reach such a gigantic scale through non-stop influx as well as high birth rates. Tokyo, for years, ranks as No. 1, followed by Delhi, Mexico City, New York and Shanghai. These and other megacities, per definition with more than 5 or 10 million residents are the result of the enormous dynamic of our era. The most diverse perspectives and lifestyles converge in these metropolises. As important political, economic and cultural centers, they play a crucial role in the process of globalization.

We have only recently become more aware of their massive influence on climate change. The results of scientific studies are alarming: although they only make up 2% of the world’s surface, urban regions and megacities use roughly 80% of the world’s energy resources and produce approximately 85% of global greenhouse gas emissions! These cities, however, are not just contributors tot he problem, they are also the victims of global warming. Many of them are situated on coastlines and will have to struggle especially hard with future consequences. The increasingly frequent heat waves are also becoming more drastic. Urban areas are slow to cool down and form islands of heat whose temperature can be, as in the case of Tokyo, up to 13°C higher than the surrounding countryside.

Beginning on May 7, 2014, the ERES Foundation will be the host of an exhibition on this subject and will be holding related events that delve into the phenomenon of megacities as significant forces in global climate change.Megapolis will show how these forces come into being and develop and why these regions have such a high proportion of worldwide CO2 emissions.

Scientists pose pressing questions: Can metropolises like Lima or Santiago de Chile survive in light of the fact that their water and electric power demands are being encroached upon by glaciers melting in the Andes? How can constantly rising demands for energy, water and food be met? What possibilities do megacities have in reducing CO2 emissions resulting from food wastage?

According to the Food and Agriculture Organization of the UN, aside from the worlwide tragedy of over 850 million people going hungry every day, if this wastage were integrated into a ranking of top emitters, it would appear third, after the USA and China. How does Singapore, one of the most densely populated cities in the world, prevent the usual chaos of traffic congestion, noise, exhaust fumes and smog? What are the consequences of covering large areas of the ground with asphalt and concrete? How do we envision intelligent waste and sewage disposal systems? How much does the enormous waste of electric light in neon advertising signs as well as street, building and industrial lighting affect their CO2 output and what are the economic and health consequences involved? 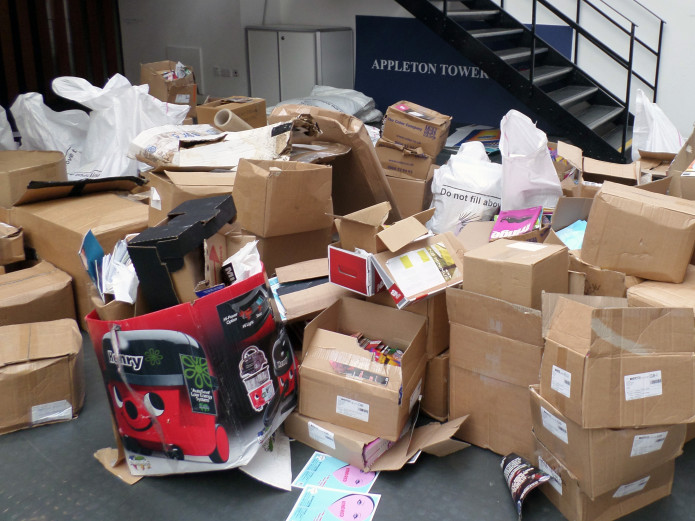 Back by popular demand, Creative Carbon Scotland and the Edinburgh Festival Fringe will host two Re-use and Recycle Days at Fringe Central to conclude the 2014 Festivals season. Venues and companies that participated in the Fringe can bring used set items, props, costumes, unused publicity materials and other production materials used during the Festival Fringe to be swapped for other items or recycled.

Our past Re-use and Recycle days have been widely successful, in the quantity and quality of materials gathered as well as the monitoring the physical implications of festival events. As part of a Creative Carbon Scotland Case Studyin 2011, 12 tonnes of unused print were collected. Through this monitoring, major Fringe venues were able to reduce print runs for the following year. We anticipate this year’s Re-use and Recycle Days to be equally successful and informative.

For more information and to RSVP please contact Catriona Patterson at Catriona.Patterson@creativecarbonscotland.com 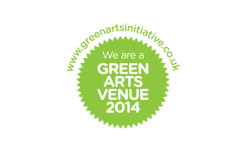