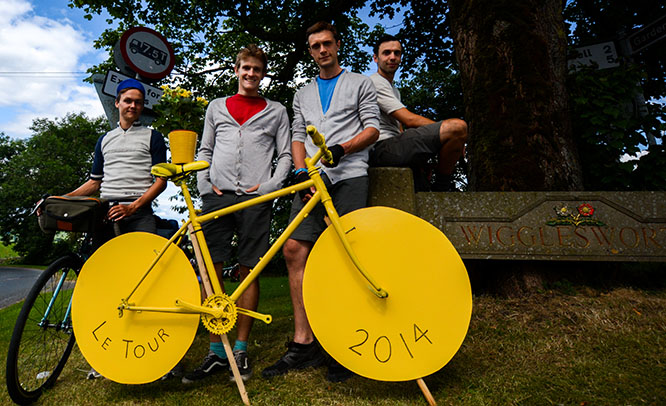 A lively crowd gathered on 22 August 2014 at Fringe Central to celebrate the fifth year of the Fringe Sustainable Practice Award’s existence at the Edinburgh Festival Fringe.

Elinor Gallant from the Royal Botanic Gardens Edinburgh accepted the award on behalf of The HandleBards, part of the production company Peculius who are touring their productions of The Comedy of Errors and Macbeth via bicycle across Europe now.

“We’re thrilled to have received the award, but it’s clear from the long list that all of the companies here are doing fantastic work in communication the message of sustainability through the arts, and long may it continue.”

The following images are from the award ceremony. More information on the award can be found here.