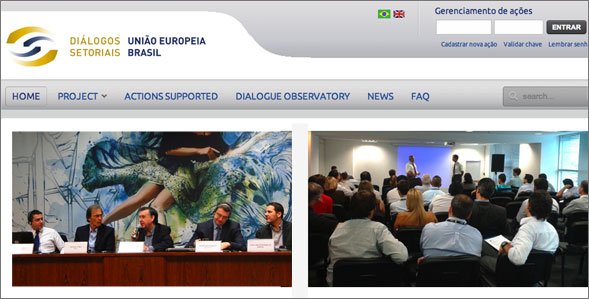 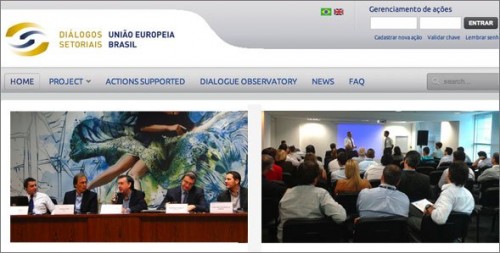 Within the framework of the Joint Programme ‘EU-Brazil Sector Dialogues’, the Ministries of Culture and Planning, Budget and Management will hold a seminar on Culture and Sustainable Development, which will take place from 21 to 23 May 2013, in Brasilia, Brazil.

The seminar aims to strengthen the role of culture as a catalyst for global governance as well as to promote the importance of culture for sustainable development, exploring the three axes of this concept — social, economic and environmental.

The event will have three discussion tables, which will debate the contribution of culture to each of these three axes. These tables will be composed by distinguished guests from the European Union and Brazil, with recognized experience in the academic field, in public administration or in cultural production. At the closing session, there will be a moment to reflect on the relevance of culture as a fourth pillar of sustainable development, and how cultural cooperation between the EU and Brazil can strengthen the culture in global governance.

In order to enhance the quality of this dialogue, Olaf Gerlach-Hansen of Culture|Futures has been invited to take part in this seminar as a speaker who will address the theme ‘Culture and Environment’.

Programme description
The development of any culture arises from the constant interaction between the environment and human needs. As cultural identity and social stability may be strongly influenced by environmental conditions, cultural factors may influence consumption behaviors and attitudes related to environmental management. Therefore, culture and cultural diversity are key pieces for attitude changes towards environmental values.

On issues ranging from the erosion of biodiversity to climate change, cultural diversity has an important role to play in the way it addresses the current ecological challenges and ensure the future of sustainable environmental. In order to face the current ecological challenges, primarily technical and scientific responses are usually sought. However, the recognition that cultural practices are intimately linked to environmental integrity has been greater than ever.

There is an interdependence between biological diversity and cultural diversity, although is of little knowledge in what degree they relate. It goes far beyond what is commonly perceived in common sense. The reciprocity between both elements is clear: many cultural practices come, in its existence and expression, from certain specific elements of biodiversity. In a similar way, important sets of biological diversity are developed, maintained and administered by specific cultural groups, whose cultural aspects are the core of this special management practices.

The way of life of the majority of indigenous people embodies biodiversity. The cultural and religious beliefs, and spiritual values of these traditional societies, often have the effect of preventing predatory exploitation of resources and ensure the viability of the ecosystems on which they depend on.

The traditional indigenous practices of management and use of environmental resources, including construction techniques, represent a more sustainable way of land use, consumption and production, and also contribute to food security and access to water. These practices are based on a knowledge developed after centuries of adaptation. Therefore the concept of sustainable use of biological diversity — which is one of the three objectives of the Convention on Biological Diversity — is inherent in the indigenous and traditional society’s value systems.