“It is not an art poem. It is a bardic declamation coming out of a tradition that speaks social truth direct to power – hot, rough, and on the hoof.”

For those of you who don’t know, Donald Trump, of Trump Towers, etc., wants to create a major new Trump branded golf and leisure resort at Menie in Aberdeenshire dispossessing locals and over-running a site of special scientific interest. 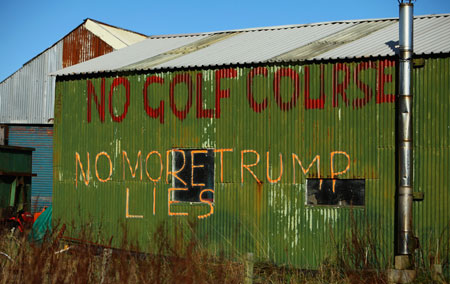