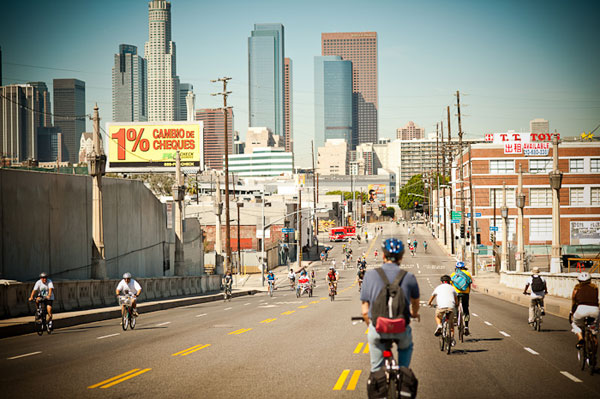 Earlier this year, Los Angeles hosted it’s first CicLAvia — an event which closed off 7.5 miles of city streets to cars for a full day allowing cyclists and pedestrians full use of the roadways. It was a huge success with over 100,000 residents showing up on 2 wheels rather than 4. Yes, this happened in Los Angeles, dare I say one of the most “car-positive” cities in the world. The organizers are working on plans for the next CicLAvia for 2011 and have teamed up with Kickstarter to help raise some funds. They are hoping to bring in $5K, and have a bit over $1K right now.